The Hand of God

Teenagers are impressionable, and they soak up knowledge and personality traits from those in their lives. In many cases that may be their parents, older siblings, friends, and teachers, and it can also be a famous figure they see on television or watch at the movies. Whether they intend to or not, young adults model their behavior on the people in their orbit, and only as they grow up will they possibly come to understand the impact and significance of those influences. The Hand of God is a familiar coming-of-age story filled with poignant and memorable moments.

Fabietto (Filippo Scotti) lives in Naples in the 1980s with his brother Marchino (Marlon Joubert) and his parents Saverio (Toni Servillo) and mother Maria (Teresa Saponangelo). His social skills are far from strong, and he dreams of his academic future while obsessing over footballer Diego Maradona. He is also intoxicated by his aunt Patrizia (Luisa Ranieri) and unable to talk to girls his own age. As time goes on, unexpected circumstances force Fabietto to look to new role models, including an excitable troublemaker (Biagio Manna) and filmmaker Antonio Capuano (Ciro Capano).

This film comes from director Paolo Sorrentino, best known for his Oscar-winning film The Great Beauty. While many of his films have focused on rich, powerful people living a life of excess and wielding tremendous amounts of power, his latest is more akin to Youth, a quieter reflection on formative experiences and the stillness left when they have long since passed. It’s not clear at first who the protagonist of The Hand of God might be, since Patrizia plays a part in the opening scene and then Saverio seems like he could be the lead given Servillo’s long history of collaboration with Sorrentino.

In that way, The Hand of God feels like a slice of reality, stripped of any glamor or flair. Interactions and even long stretches of time can be mundane, and it’s merely what someone takes from them that can prove worthwhile or utterly unmemorable. Family gatherings, however romanticized, can be extremely toxic, as in the case of the cruel mockery of an overweight aunt and the even more vicious treatment of her new boyfriend, an elderly man who uses a throat microphone, by the entire clan. There is also beauty to be found, particularly in the wondrous shots of the coastline and water, and for Fabietto, of course, in the allure of women he finds impossibly attractive, namely his aunt.

Like Sorrentino’s previous films, The Hand of God is relatively long, clocking in at two hours and ten minutes, but it has considerable ground to cover. There is no one focal point that defines its story, but instead it brings audiences along on a journey that is filled with small surprises and moments that will leave an impression on Fabietto that he can’t understand or imagine when they’re in the process of actually happening. Its pacing is slow but not too much so, and, even if someone doesn’t want to be invested in his story, it should manage to prove subtly engaging all on its own.

There is a clear personal element to this story, which serves as an autobiography of sorts for Sorrentino, loosely based on and inspired by his experiences. Scotti is a great discovery in his first lead role, making Fabietto appropriately nervous and soft-spoken but capable of conveying his true feelings when he is pressed or pressured to do so. The ensemble includes many dependable players like Servillo, capably assembled to support a narrative in which Fabietto does play the starring part. Italy’s official Oscar submission for Best International Feature is both what film lovers might have come to expect from Sorrentino and something new and different, an eye-opening and enthralling look back into the recent past through the eyes of someone eagerly taking in the world around him. 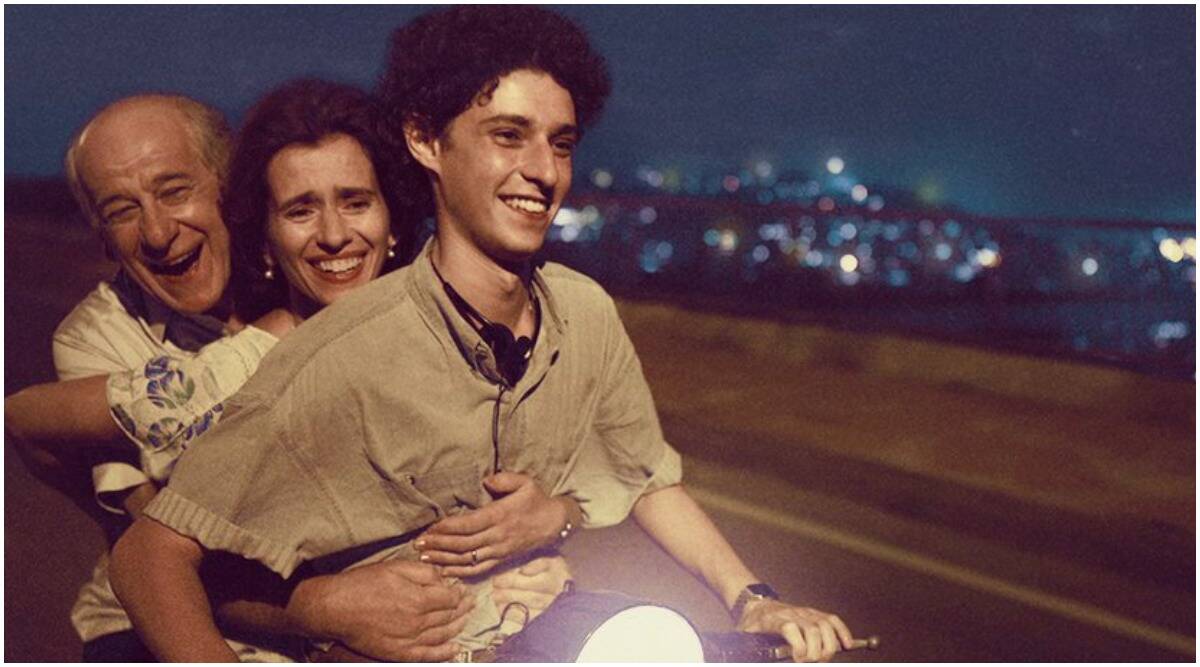