Children look up to the adults in their lives, which can be a good or a bad thing. Not every child has the same nuclear family makeup, and a number of factors can affect the nature of their relationships with whatever parents or guardians are indeed around. There is a sense some have that they need to escape their surroundings as soon as they are physically and legally able to, while others appreciate what the world can offer but also want to be able to return to the home that has been formative to them. The Tender Bar explores the way in which those two notions are not always contradictory.

JR (Daniel Ranieri) is raised by his mother (Lily Rabe), who reluctantly moves in with her own father (Christopher Lloyd) on Long Island when she needs money and has no other choice. Familiar with his absent disc jockey father only as a voice (Max Martini) on the radio, JR turns instead to his Uncle Charlie (Ben Affleck), who runs his own bar, as a role model. Encouraged by Charlie to read as much he can, JR (Tye Sheridan), as a young adult, prepares for a successful academic future and career that may help him to escape what all his family members see as a cyclical scenario they can’t hope to break.

This film is based on the real J.R. Moehringer’s 2005 memoir of the same name. Its title refers to the space where JR was most made to feel like he could do anything, even if the innumerable books in front of him could have seemed endless and impossible to digest, no matter how much time he had. JR doesn’t resent his family for the circumstances in which they find themselves, but his relationship with his own father is far more complicated, particularly because he has been endowed with a name meant explicitly to reference a man who plays no part in it.

There is a gentleness to this film, one that features frequent comedy in the form of the antics of JR’s household, where his grandfather grumbles about how much his family drains his resources and his mother and uncle argue about the opportunities that have long since passed them by. There are plenty of endearing moments and not nearly as many obstacles as might typically be present in this kind of story, especially since JR and his college friends are warmly welcomed back to the bar during a break from school, indicating that returning home is hardly the worst possible outcome that should be avoided at all costs.

This film, which features a handful of strong performances, finds its best asset in young actor Daniel Ranieri, making his film debut at just ten years old as the younger JR. He’s a delightful and extremely endearing protagonist, soaking up knowledge from those around him and serving as a fabulous stand-in for the audience to watch with wonder as the adults in his life enthrall him. Sheridan, who was just a few years older than Ranieri when he burst onto the scene a decade ago in The Tree of Life, Mud, and Joe, does a great job transitioning him to adulthood, and the two performances stand well in comparison to each other.

Among the adult cast, it’s great to see Lloyd, now eighty-three, still finding good roles after another memorable turn earlier this year in Nobody. Rabe is always terrific, and this is no exception, and Briana Middleton is a standout in her portrayal of Sidney, the object of JR’s affection who always proves elusive. This is a particularly excellent showcase for Affleck, who makes Charlie likeable and supportive while still conveying a deep sense of disappointment with the trajectory of his own life. Director George Clooney helms a film that feels familiar and inviting, not treading new territory but offering up a pleasant visit to an uplifting version of a universal story. 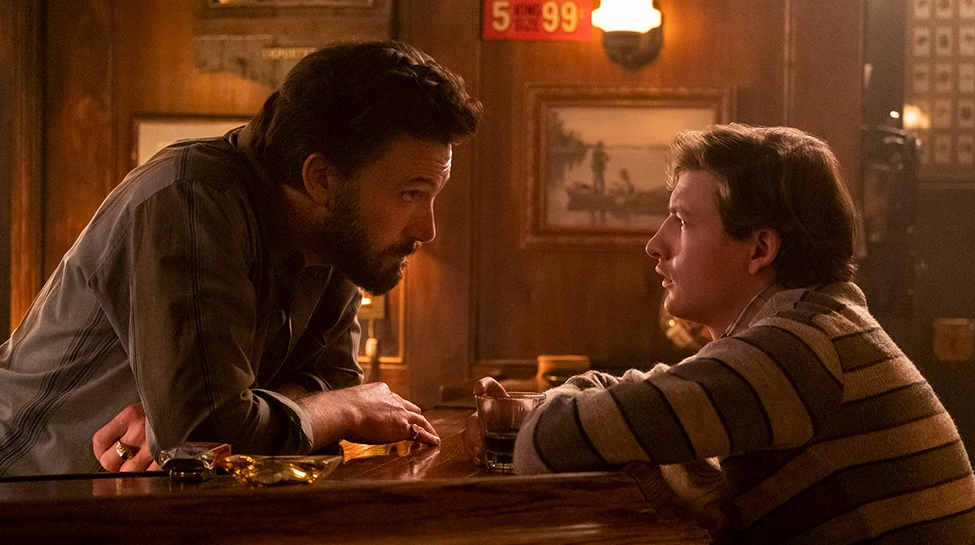