Bikram is Back: The Unapologetic Tour

Bikram Choudhury the Indian-born American yoga guru and the founder of the popular style of yoga commonly known as Bikram Yoga is back. FilmOn TV in its latest partnership ETV Remoting, is bringing sessions and live events with Bikram Choudhury from India, hosted by his son Bikram Jnr on Bikram is Back: The Unapologetic Tour. 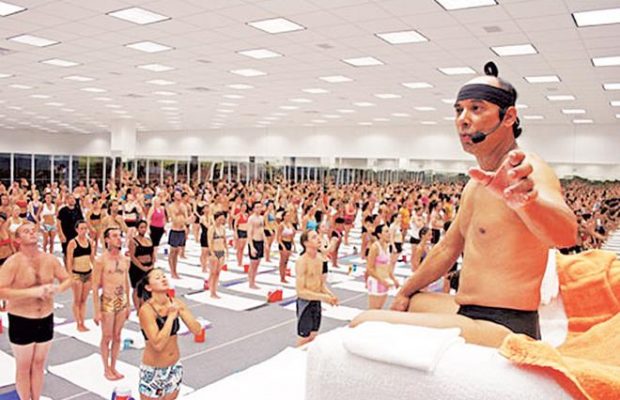 The aim is to bring the benefits of his popular Yoga practice to the people worldwide. In the fast-paced lives that we are leading, it’s important to take care of oneself both physically and mentally and Bikram Yoga does just that. In the last two years one thing is crystal clear, it’s time to pay closer attention to one’s health and overall wellbeing.

Bikram became popular for his powerful yoga practice and for his hugely famous celebrity students. Bikram Yoga consists of the precise sequence of 26 asanas and two breathing exercises (pranayama) to be performed within 90 minutes in a heated room with increased humidity to mimic the weather in India. The asanas were carefully chosen by Choudhury from classic hatha asanas and are designed to increase the oxygen flow and to have freshly oxygenated blood reach every cell of the body.

Considering how powerful his yoga practice is and the benefits it provides, the idea is for maximum people to gain from it. The benefits of Bikram Yoga are so huge that it just can’t be ignored. It is a practice that makes the body strong, healthy, helps with ailments and the one that makes one mentally strong.

Stay tuned to this space and FilmOn TV for more details.

FilmOn TV as a latest offering is connecting famous personalities and celebrities directly to its audience. Check out the live channel of the Eccentric Billionaire, Entrepreneur and Actor Alki David and Rapper & Social Media Personality KingCarlX on SWISSX LIVE. To make things interesting one can connect one’s camera and be a part of the live sessions.

FilmOn TV provides one of the finest online television viewing experiences alongside being a social television. Be social while watching your favourite TV shows, live events, or live matches, discuss with your friends or just share your point of view with the rest of the viewers, bringing everyone closer and starting the discussion. Watch Live TV on FilmOn on web or on an android or iOS App. FilmOn provides access to more than 600 Live TV channels from across the globe and has an intensive library of movies and videos to choose from. Live TV channels from UK, Europe, Africa, Asia, and rest of the world are available on FilmOn TV.