Adjusting to a sudden and unexpected change in their family’s dynamic can be a harrowing experience for many people. That’s certainly the case for actress Vanessa Angel’s character of Vanessa in the new horror film, ‘Trouble Sleeping.’ Vanessa is struggling to cope with her estranged adolescent step-son’s turbulent return home, which is exasperated by the aftermath of her first husband’s death.

The psychological thriller is now available. In honor of ‘Trouble Sleeping’ release, ShockYa is premiering an exclusive clip from the feature. In the clip, Vanessa is speaking with her new husband, Alex (Rick Otto) about how she feels that her step-son doesn’t think she’s a good mother. While Alex initially downplays her concerns and claims her step-son was talking about his biological mother, he then offers his wife a morbid solution for her worries, which she refutes.

In ‘Trouble Sleeping,’ Vanessa is tormented by the memories of her late-husband’s suicide. Her life is further complicated by the arrival of her step-son, who will soon inherit all of his father’s wealth. 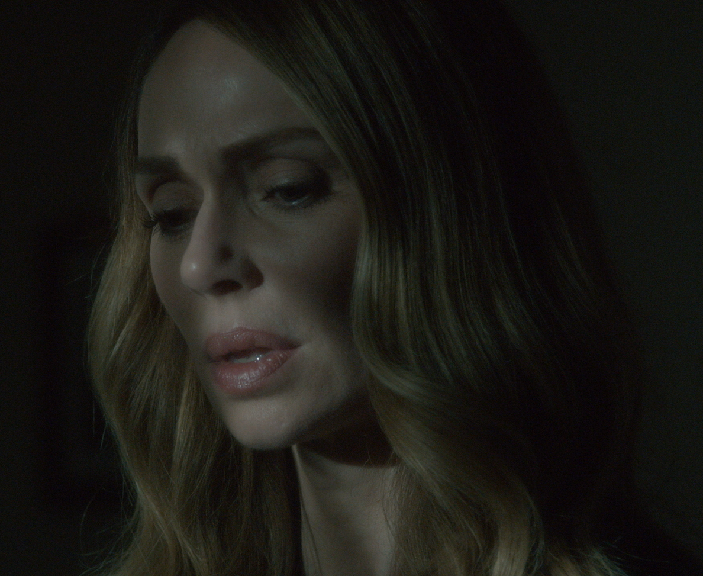