Society often places high expectations on scientists to help protect and save humanity during unprecedented times of illness. The science community’s drive to find a much-needed vaccine during a highly contagious and deadly global virus is all too relatable in recent years with the continued threat of COVID-19. The government’s determination to handle and control such a deadly virus is highlighted in the new narrative horror film, ‘World Ends at Camp Z.’

The Canadian zombie thriller is now available on digital and On Demand, courtesy of Média DW. In honor of ‘World Ends at Camp Z’s release, ShockYa is premiering an exclusive clip from the feature.

The action movie was written by Diane Janna and directed and produced by Ding Wang. The drama is headlined by ‘Age of the Living Dead’ actress Anne-Carolyne Binette, and also stars Dean Persons, Michael Czemerys, Osawa Muskwa, Rafaela Salomão and Arthur Bussières Gallant.

‘World Ends at Camp Z’ is set during the pandemic, and follows a camp owner as he learns that that the person he’s selling the grounds to has evil intentions for the land. In order to stop the sale, he has tricks up his sleeve, but a zombie uprising was never one of them.

Also in support of ‘World Ends at Camp Z’s distribution, Wang generously took the time to answer some questions about the feature:

Question (Q): How did the idea for the film originate?

Ding Wang (DW): 2020 is a year the entire humanity will remember. As we were trying to adapt to the “new lifestyle” and everything started to close down, I figured it might be a good time to start creating. My other producer – Mr. (Dayu) Li – introduced a friend to me who happens to be a campground owner – Mr. Nan – in the City of La Tuque. He showed great interest in our project, and later became an EP (executive producer) on the project. Then, (like) all low budget productions, we came up with a story based on the locations we had access to, and the world we were living in. (We thought about) what’s the worst case scenario when a fast spreading virus is spreading all over the world? That’s right, zombie apocalypse!

People were depressed at the time, (with) COVID news 24/7, so I wanted the story to be fun and entertaining in this already unpleasant situation, bringing up some classic values about love, friendship and social relationships.

Q: Why a zombie film? Any inspiration from other projects?

DW: I’ve been a ‘Walking Dead’ fan, and not only because of its awesome zombie FX. What interests me the most is the drama on the post zombie apocalypse, the love and friendships, the survival instinct and what separates us as humans from the living dead. ‘World Ends at Camp Z’ did draw some inspirations from ’28 Days Later’ and ‘Black Summer’ for shooting style, as most zombie films require a substantial budget amount to start with. It was really a challenge to us with our budget constraints, especially under the COVID restrictions situation.

Q: What do you hope audiences take away from having seen the film?

DW: I’ve read a Bill Gates quote early in the pandemic that went viral on social media, but later was proved to be fake. But it makes a point that’s really in line with what I am trying to say in this film:

“It (the virus) is reminding us that our true work is not our job, that is what we do, not what we were created to do. Our true work is to look after each other, to protect each other and to be of benefit to one another.”

It is reminding us that the power of freewill is in our hands. We can choose to cooperate and help each other, to share, to give, to help and to support each other. Or we can choose to be selfish, to hoard, to look after only ourself. Indeed, it is difficulties that bring out our true colors.

When the world ends, all men are equal!

DW: We are working on a story about a prank gone wrong and turns into a blood shedding criminal activity. It’s an action thriller that is dark and sexy with high adrenaline suspense and unexpected twists. That’s all I can say for now. 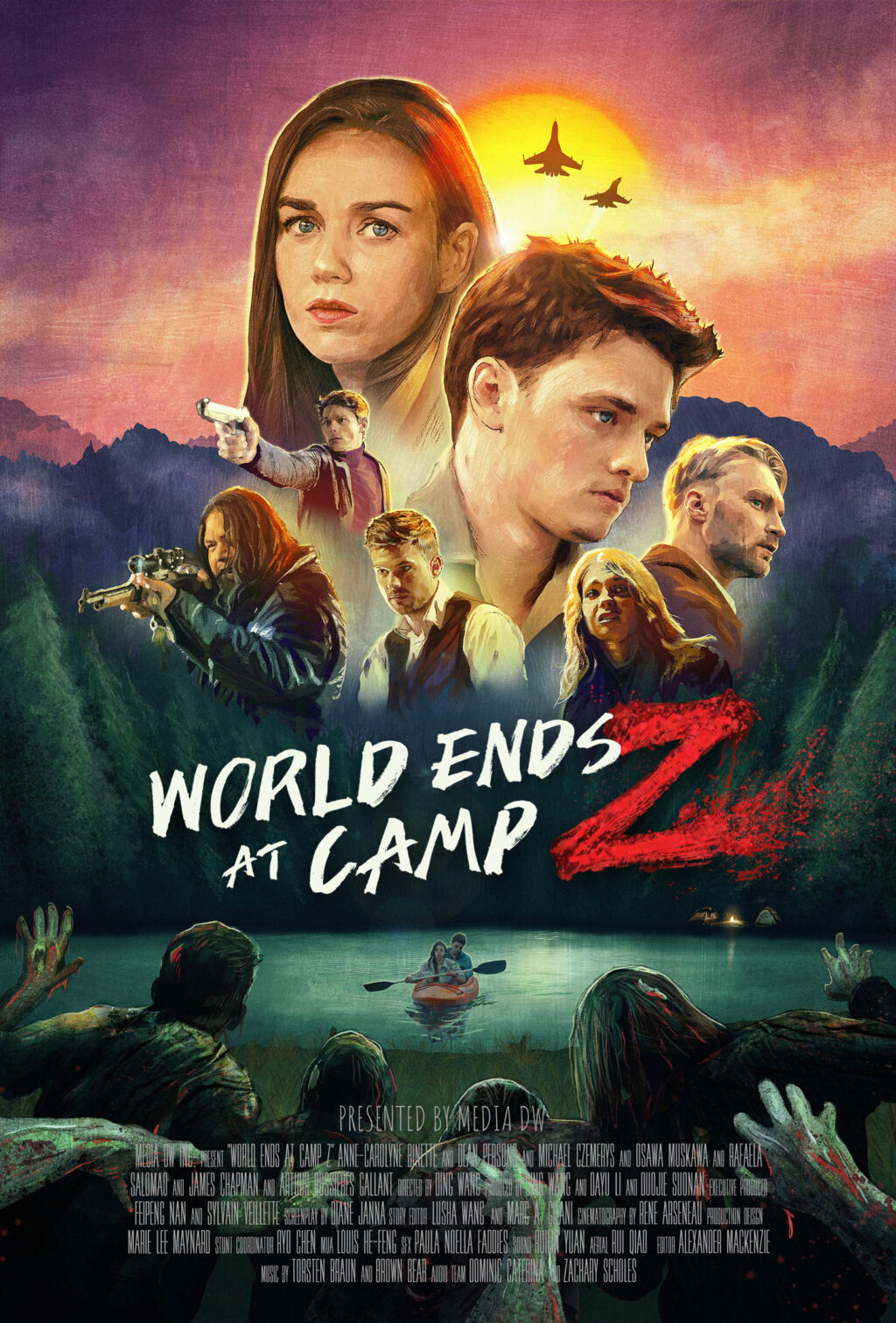