Sometimes the seemingly most dire situations can actually become a blessing in disguise, especially for people who are forced into extreme business deals they feel can quickly become disastrous. That’s certainly the case for actor Stephen Nathan’s character of Harry Schechter in the 1976 musical comedy, ‘The First Nudie Musical.’

The cult classic is being re-released tomorrow, February 25 by Quiver Distribution. The movie will be available for the first time on VOD and Digital.

In honor of ‘The First Nudie Musical’s re-release, ShockYa is premiering an exclusive clip from the feature. In the clip, Harry, the heir to a Hollywood studio, is forced to make a musical comedy porno in order to stop the process of bankruptcy, meets John Smithee, played by Bruce Kimmel. John, a young man who wishes to get his big break into Hollywood, has agreed to make his feature film directorial debut on the comedy, but has only gotten the job because of his uncle’s connection to Harry. The latter businessman is hesitant to work with John, however, because of his optimistic, naive nature. 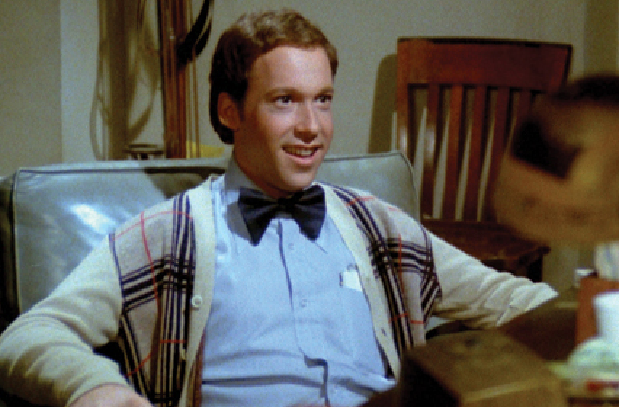