Aliyah Royale and Alexa Mansour Fight For Their Destinies in The Walking Dead: World Beyond Season 2 Blu-ray Giveaway

Being the first generation to come-of-age during a modern global health crisis shapes the life-long identities and actions of all adolescents, both in the real world and on fictional television shows. Much like the current COVID-19 pandemic in real life, the zombie apocalypse of the ‘Walking Dead’ universe is impacting the young protagonists of its second spin-off series, ‘The Walking Dead: World Beyond.’

RLJE Films is set to releases the show’s second- and final – season on Blu-ray and DVD this Tuesday, March 8. The home distribution drama’s second season comes after the series finale aired this past December on AMC. The discs will include the bonus feature, ‘The Walking Dead: World Beyond’s Comic-Con@Home 2021 Panel.

In honor of ‘The Walking Dead: World Beyond’s home distribution, ShockYa is offering three lucky winners a Blu-ray of the show. To enter, email us at ShockyaGiveaway@aol.com. Let us know that you’re entering to win the ‘The Walking Dead: World Beyond’ Season 2 Blu-ray giveaway in the email’s subject line, and include your mailing address in the message. You have until next Friday, March 11, to enter, and you can enter the contest once daily. On March 11, we’ll pick the winners at random, and notify them through email. Good luck!

Season two of ‘The Walking Dead: World Beyond’ concludes the epic story of Iris (Aliyah Royale), Hope (Alexa Mansour), Elton (Nicolas Cantu) and Silas (Hal Cumpston), four friends who journeyed across the country on a mission that transformed everything they knew about themselves and the world. As they face off against the mysterious Civic Republic Military and fight for control of their own destiny, goals will shift, bonds will form and crumble, and innocence will be both lost and found. 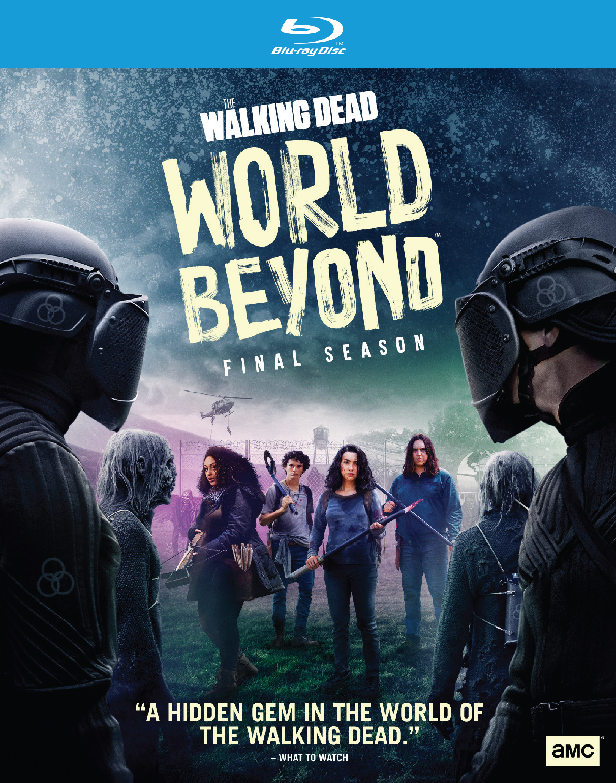