Government leaders around the world have long been using propaganda to persuade their citizens to believe their version of events in tense wars and conflicts, and the current Russian invasion of Ukraine is no exception. L.A.-based billionaire, Alki David, who serves as the CEO of Filmon, utilized his American right of freedom of speech today when he posted a video about the country’s repurposing of fake news to use as propaganda on his Instagram account.

In the video, the businessman included a clip of a reporter noting in English for an American broadcast that at least 59 people have died, and at least 149 others were wounded, and those numbers are expected to increase, in Ukraine following Russia’s invasion. In the background, there multiple bodies of people who the American government wants its citizens to believe are dead. But one body right behind the reporter is seen to be moving on its own, suggesting that the person isn’t truly dead.

The clip on David’s social media account then shows the same reporter speaking in German for a news report for an Austrian outlet. The businessman points out that it’s two entirely different stories, but the same video, particularly since the body in the background isn’t seen moving.

Along with the clips from the American and Austrian news broadcasts, David tagged former American president, Donald Trump. The Filmon CEO went on to caption the video: “this is #realfakenews one is @comcastuniversal the other is Austrian Local News before the war. Repurposed by @nbcnews for #realFakeNews.”

David went on to hint in his Instagram video that NBC News (which operates under NBCUniversal Television, a subsidiary of Comcast) is working with the American government to use COVID-19-related masks mandates to to their advantage to manipulate the country’s citizens. He also hinted that the country’s news networks and government officials are using propaganda to their advantage to make the Ukraine invasion seem more lethal than it actually is.

The Filmon CEO, who also encouraged his followers to comment on his new Instagram video, to visit Filmon’s news page. The page on the streaming service, which enables viewers to watch live and recorded UK and international television shows, features videos from BBC News, Daily Mail, PBS News Hour, Forbes, The Sun, NASA, Guardian News, The Independent and ABC News. 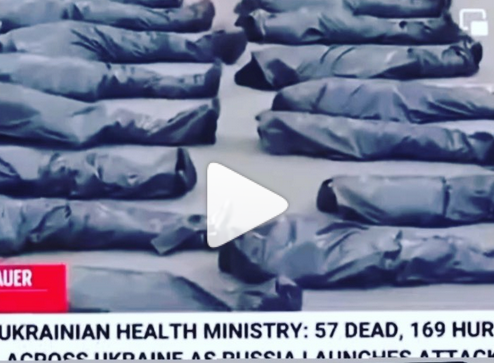