The passage from childhood freedom to adult responsibility can be a difficult time for anyone, regardless of their family and social circumstances. Last summer’s slow-burn psychological thriller, ‘John and the Hole’ offers an enigmatic, unsettling and meditative exploration into the angst associated with adolescence and coming-of-age in modern-day America.

‘John and the Hole’ was written by Nicolás Giacobone, and marks the feature film directorial debut of Pascual Sisto, both of whom also served as executive producers on the project. The drama stars Charlie Shotwell (‘Captain Fantastic’) in the titular role, as well as Michael C. Hall (‘Dexter’), Jennifer Ehle (‘A Quiet Passion’) and Taissa Farmiga (‘American Horror Story‘).

IFC Films is releasing ‘John and he Hole’ on Blu-ray and DVD today, Tuesday, March 15. In honor of ‘John and he Hole’s home distribution, ShockYa is offering two lucky winners a Blu-ray of the movie. To enter, email us at ShockyaGiveaway@aol.com. Let us know that you’re entering to win the ‘John and he Hole’ Blu-ray giveaway in the email’s subject line, and include your mailing address in the message. You have until this Sunday, March 20, to enter, and you can enter the contest once daily. On March 20, we’ll pick the winners at random, and notify them through email. Good luck!

‘John and the Hole’ follows the eponymous 13-year-old character as he discovers an unfinished bunker — a deep hole in the ground – while exploring the neighboring woods. Seemingly without provocation, he drugs his affluent parents, Brad and Anna (Hall and Ehle), and older sister, Laurie (Farmiga), and holds them captive within the bunker. As they anxiously wait for John to free them from the hole, the boy returns home, where he can finally enjoy and explore a newfound independence. 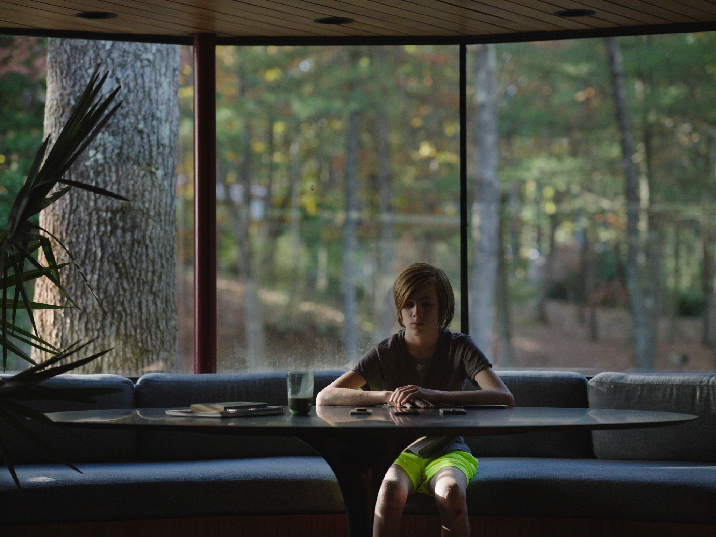