Overcoming their fear of the person who wishes to control them is a powerful motivator for anyone who’s trying to regain dominance over their life. Malin Akerman and Lorenza Izzo‘s protagonists in the new thriller, ‘The Aviary,’ are two such people who are finally mustering up the courage to fight for their independence against the man who has long managed their destinies.

‘The Aviary’ is now playing in theaters and on Digital and On Demand, courtesy of Saban Films. The drama was written, directed and executive produced by Chris Cullari and Jennifer Raite. In addition to Akerman and Izzo, the movie also stars Chris Messina and Sandrine Holt.

In honor of ‘The Aviary’s Digital and On Demand distribution, ShockYa is offering two lucky winners a Redbox digital rental code for the thriller, which they can redeem via Redbox On Demand, courtesy of Saban Films and Paramount. To enter, email us at ShockyaGiveaway@aol.com. Let us know that you’re entering to win the ‘The Aviary’ Redbox digital rental code giveaway in the email’s subject line and message. You have until next Monday, May 9 to enter, and you can enter the contest once daily. On May 9, we’ll pick the winners at random, and notify them through email. Good luck!

‘The Aviary’ follows the twisted journey of two women’s desperate flee to escape the clutches of Skylight, an insidious cult. Lured in by the promise of “freedom” in the isolated titular desert campus called “The Aviary,” Jillian (Akerman) and Blair (Izzo) join forces to escape in hopes of real freedom. Consumed by fear and paranoia, they can’t shake the feeling that they’re being followed by the cult’s leader, Seth (Messina), a man who’s as seductive as he is controlling. The more distance the pair gains from the cult, the more Seth holds control of their minds. With supplies dwindling and their senses failing, Jillian and Blair are faced with a horrifying question: how do you run from an enemy who lives inside your head? 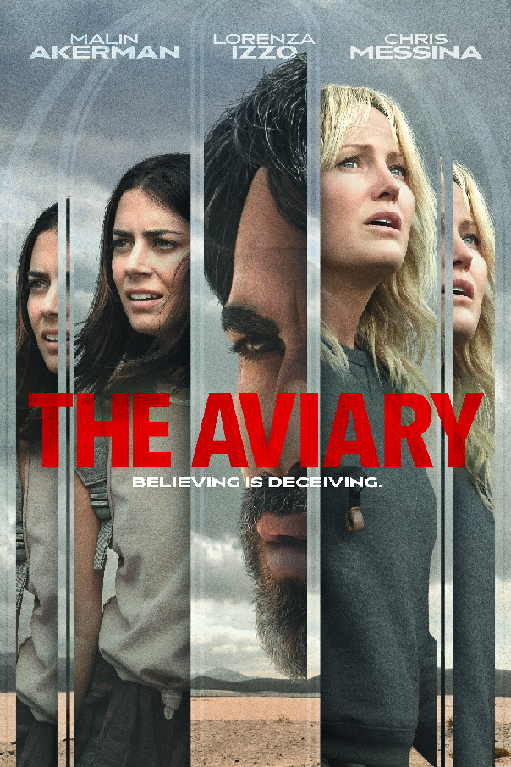