Participating in their community’s rights of passage is a powerful experience that many children and adolescents aspire to participate in during their upbringing. That’s certainly the case for the protagonist of Jibril, a pre-teen who wants to buy his first chain in order to gain the affection of his crush, in the new short film, ‘Glitter Ain’t Gold.’

Jibril’s experience represents the coming-of-age journey of the drama’s writer-director, Christian Nolan Jones. Through his close working relationships with his producing team, which included Common, Maia Miller, Tommy Popps and Valerie Nicolas, Jones was able to show that even when boys buy their first chain, they still might not be able to gain the affections of their crush.

‘Glitter Ain’t Gold’ follows sixth grader Jibril (Alfred Lewis) and his reluctant best friend Tawanda as they hustle up some cash and journey to the flea market to buy Jibril’s first chain. He hopes his new jewelry will catch the eye of his crush, Marlana, and divert her attention away from his sworn enemy, Rashad.

The movie had its World Premiere at this year’s SXSW in March in the Narrative Shorts Competition, which was presented by IMDbPro. The short went on to win the Special Jury Recognition Award for Directing and Community Filmmaking.

Jones generously took the time during this year’s SXSW to talk about scribing and helming ‘Glitter Ain’t Gold’ during an exclusive interview. Among other things, the filmmaker discussed that he’s proud of Ferguson and Lewis’ performances in the short because he feels they truly understood and connected with the story, which is personal in nature for him. Jones also mentioned that he’s honored the film had its World Premiere during this year’s SXSW, as its screenings at the festival made a positive impact on its viewers.

The conversation began with Jones explaining why he was inspired to pen the script for ‘Glitter Ain’t Gold,’ and what the process of writing the screenplay was like. “This script was created in the spur-of-the-moment. I wrote it over the course of two days, but I had the idea for it for awhile, for about the past three or four years. But I didn’t have the right time to put the project together,” he shared.

“But then I had a little break in my schedule last summer, the summer of 2021. So I talked to my manager and producers, including Maia Miller, Valerie Nicolas and Tommy Popps, and the big guy, Common, to see if I could possibly bring them all on board, and free up their schedules for a weekend, to get it done,” the scribe shared.

Jones continued with a hint of a laugh, “At first, everyone said no to me; they said they had too much going on, and (the schedule) was too quick, because I wanted to shoot maybe a couple of months after I finished the script.

“But I just kept begging, and eventually everyone turned course. I think I finished the script in June, and we wanted to get a work-in-progress cut ready for Sundance, so that became our galvanizing force,” the filmmaker also noted.

“As far as the project coming together, it was really cool because the crew was mainly my friends. The shoot also took place in my hometown. So things like that were really cool because I got to blend people who work (as filmmakers) professionally with people from my persona life, and they all lent support in different ways,” Jones added.

Further speaking about the experience of working with the producers, especially since the short had such a fast schedule, the filmmaker noted that “Maia was in the middle of everything. She scheduled most of the communication and logistics. I probably worked with her the most on the ground; we scouted locations and had calls with vendors together.” The duo also had “specific department head meetings together, as well, just so that she knew what’s going on.

“Val is the person who’s thinking about the money, telling us what we can spend, and what to budget in certain areas,” Jones also shared.

“Tommy works a lot in pre-production, and then afterwards in post, he’s the marketing guru. He gave us advice on which festivals we should apply to, and who we should think about sending the film to,” the filmmaker also divulged.

“It was also his idea to get Priah. He said, ‘Email her directly and see if she likes the script.’ She did, and her and her mom got back to me immediately,” Jones also shared.

“Common is also someone who came into the fold early on. He was probably the first supporter of the project because I was trying to apply to a program. He sent good word out to the heads of the program, saying ‘You guys should work with this filmmaker.’ But unfortunately, I didn’t get in,” the filmmaker admitted.

“So I went back to Common and said, ‘Hey, I’m passionate about this project.’ I’m so grateful that he was able to support me,” Jones added.

Like the filmmaker previously mentioned, ‘Glitter Ain’t Gold stars Ferguson, who appears on screen alongside Lewis. Jones then mentioned what the casting process like for the drama.

“Priah and Alfred are wonderful gems. Like I said, I reached out to Priah and her mom directly through Priah’s production company. Her mom felt like the story reminded her of her childhood, so it was cool to get to see her relive that a little bit, and see Priah become that character,” the filmmaker shared.

“As far as Alfred, our casting director sent us a bunch of male lead options. Alfred was the only one for us; we saw his tape and said, ‘This kid is real – we want to work with him,'” Jones gushed over the young actor.

“He’s a tremendous talent. He was 11-years-old when we filmed, and I was just so amazed by his majority and ability to take direction, as well as how serious he got into the character,” the filmmaker continued. “He asked him to do a lot, as we were out in the sun shooting some days, and other days, he would have to get really emotional. He handled all of that like a pro.”

Jones then delved into how he approached directing ‘Glitter Ain’t Gold’ once the shoot began. “My overall approach to directing is that I like to create an environment that feels very collaborative; everybody feels like they’re making their mark. So by the time we finished shooting, it felt like a familial experience, even for the people I didn’t necessarily know,” he shared.

“For me, the experience was really gratifying, as it’s a personal story for me. So to see so many people connect with it is really wonderful,” the helmer revealed.

“I didn’t really imagine all of this while I was writing the script; I just wanted to get a story out about where I’m from – the east side of Atlanta,” Jones admitted. “Being able to visit the places I still frequent to this day with the production was amazing. We went to one of the streets where my one of best friends lives, as well as the flea market where I usually buy my jewelry. So I’m happy and excited that I’m able to present a little bit of my culture to the world.”

The director also shared his excitement over having ‘Glitter Ain’t Gold’s World Premiere at this year’s SXSW. “It’s been heartwarming. When you’re a filmmaker, you’re on your own. You don’t really know if your work will make an impact, or if anyone’s even watching it,” he admitted.

“I was also able to bring out a bunch of the crew, so it’s been exciting to share this moment with them. I’m also excited about what we’re all going to accomplish moving forward, and I can’t wait to see what’s next for ‘Glitter Ain’t Gold,'” the filmmaker concluded. 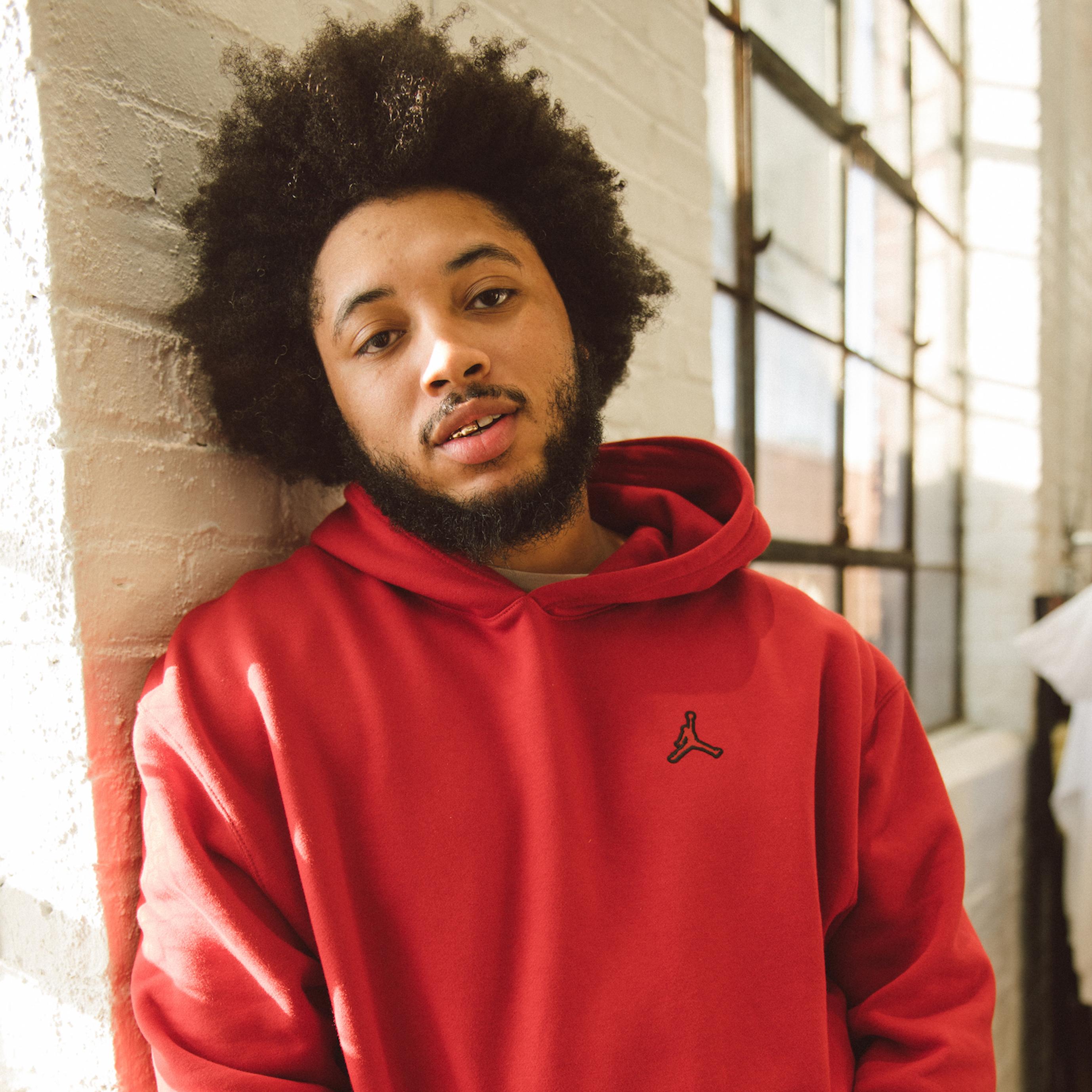