Musicians Scott Storch and Stanley Enow are working together to not only create impressive beats for the world’s entertainment, but also raise awareness for a worthy cause. Storch, an eight-time Grammy Award-winning record producer, is collaborating with Enow, a Cameroonian rapper, to support the latter’s Stanley Enow Foundation, with the backing of Swissx.

The duo is selling an El Palucho NFT on Open Sea to assist the foundation, which is a non-profit organization that aids under-privileged children in Cameroon by providing them with a free education. The Stanley Enow Foundation was established soon after the musician was invited to be Global Brand Ambassador for UNICEF.

Every time a bear is traded on the market place, the Stanley Enow Foundation receives a 7% donation from the transaction fee of any one of the El Pelucho Bear tokens.

Storch complimented Enow, who’s also a radio and television presenter, voice actor and the co-owner of the record label, Motherland Empire, for the work he does with his foundation. The record producer said the rapper “is doing great work with his foundation in Cameroon.

“I’m really proud to be a part of this NFT movement he started. Every time this NFT is traded you’ll be sending money to the mouths and minds of kids in the Cameroon who really need it,” Storch emphasizeded.

“I minted this one! By buying it you can give hope to young people in West Africa and offer them an education that they can truly help then build back a better world!,” the record producer enthusiastically added.

Other exclusive Swissx NFTs are available on OpenSea, which is the world’s largest NFT market place.

Swissx Labs AG, which was founded and is run by Greek billionaire-CEO, Alki David, is based in Bern, Switzerland, and is host to many cold storage blockchain customers. Its keys and drives are kept in secure environments, along with original artworks and precious artifacts. 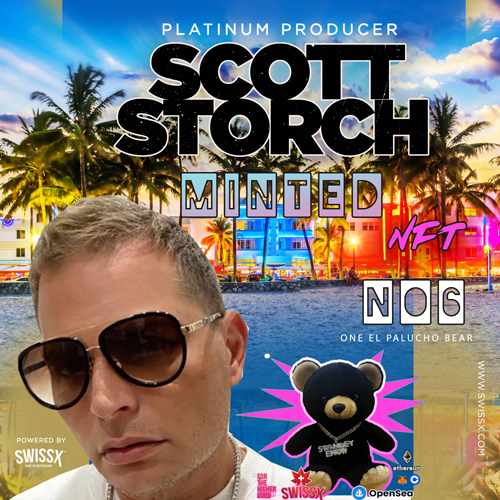