Tribeca 2022: To the End Movie Review

Climate change in today’s world has reached a disastrous point, one which many say will soon be too far to turn back and save the planet. For everyone who believes passionately this is the most urgent matter of our time, there are those who deny it, either from a place of genuine perception that it isn’t real, or, worse, because they know they won’t have to deal with the fallout and that it will become the next generation’s problem. That such individuals and corporations exist only spurs those who see it as their duty to advocate for action before it’s too late to fight even harder.

To the End focuses on several activist groups including the Sunrise Movement who express their support for the Green New Deal and other immediate and sweeping legislation that can do what’s needed to begin to reverse the damage done through decades of inaction. They work with elected leaders like Alexandria Ocasio-Cortez and Jamaal Bowman to encourage others to stand behind what they see as absolutely necessary, and push those who haven’t committed to fully do so and no longer be satisfied with compromises and leaving things for someone else to have to deal with down the road.

What this documentary showcases, in addition to its desperate call for climate action, is the voice of a generation that rejects how those that came before it regards politics as a place for working with others and finding a solution that can please everybody. It’s not that they don’t see cooperation as sometimes worthwhile, but rather that they believe that a failure to take decisive steps to fix a problem should be seen as just as ignoble as doing nothing. They want to work to get even Democrats who might claim to stand with them to be held accountable long after they are elected to actually accomplish something substantial.

It’s clear that those who demand something from others are willing to put in the work and stand by their principles, fully aware of the uphill battle they are facing on every front. Alexandra Rojas, the executive director of Justice Democrats, laments that her first TV appearance on CNN features her co-commentator mocking her on air, and only hours later is she able to muster the comebacks she wished she had uttered on air. These are more than talking points – there is a tremendous amount of emotion and passion infused in every element of what these young people do.

The question that always arises with a documentary like this is whether the people who most need to see it actually will. Presumably, the involvement of Ocasio-Cortez, better known as AOC, will be enough to deter those previously unwilling to give this subject matter any attention. But progressives who may not realize the scope of the environmental emergency might be so moved by the attention to detail and the energy put into these plans that it could inspire them to become involved, which is the way that any social movement is able to unite those who were previously apathetic.

There’s an additional dimension to To the End that speaks to the intersectionality of multiple movements and the fact that there is a great deal of racial injustice embedded within climate change, with minority groups disproportionately affected by policies and a lack of attention paid to their needs. This is a film that emphasizes how much work there is to be done, and how there are those who are making it their daily mission to work to repair the system. While there may not be any one easy solution, there are so many things that can be done, and this film presents many simple starting places. 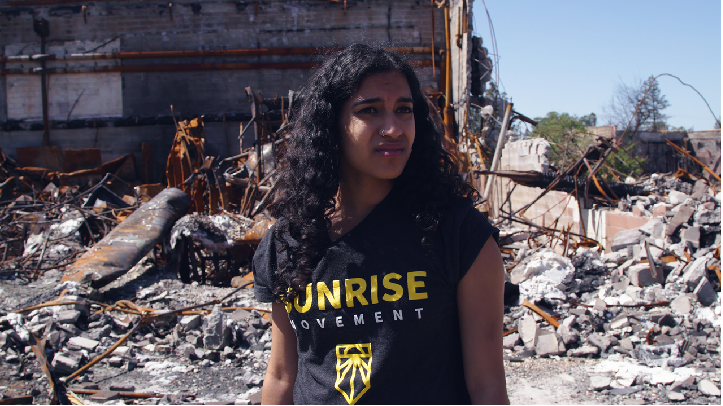