In the savage Wild West, nobody is invincible or safe, as the predators may become the prey. That’s the important lesson that the main characters learn in the first season of the Western series, ‘That Dirty Black Bag,’ which is set in a town full of bounty hunters, bandits and bloody vendettas.

RLJE Films will release Season 1 of the drama on Blu-ray and DVD on Tuesday, July 26, for an SRP of $35.97 and $34.97, respectively. The discs’ distribution comes after the series’ initial season premiered on AMC+ on March 10.

In honor of ‘That Dirty Black Bag’ Season 1 home release, ShockYa is offering three lucky winners a disc – two winners will receive a Blu-ray, and one winner will receive a DVD – of the season. To enter, email us at ShockyaGiveaway@aol.com. Let us know that you’re entering to win the ‘That Dirty Black Bag’ Season 1 disc giveaway, and if you’d prefer a Blu-ray or the DVD, in the email’s subject line and message. You have until Tuesday, July 26, the day of the Western’s home release, to enter, and you can enter the contest once daily. On July 26, we’ll pick the winners at random, and notify them through email. Good luck!

In the debut season of ‘That Dirty Black Bag,’ Arthur McCoy (Cooper) is the incorruptible sheriff who’s trying to overcome his troubled past to bring law and order to this new frontier. On the other side of things is Red Bill (Booth), an infamous solitary bounty hunter known for decapitating his victims and stuffing their heads into the titular dirty black bag. When the paths of these two men collide, they both learn that in the wild west, there are no heroes. 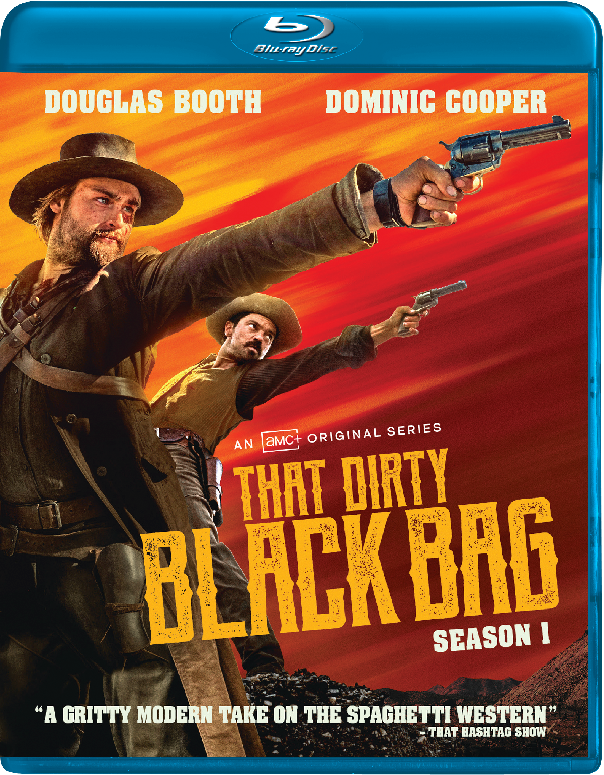 Blu-Ray Giveaway: Enter to Win a Copy of the Romantic Comedy The Sound of Violet