Colson Baker is learning the hard way that no wrong turn goes unpunished in the upcoming action thriller, ‘One Way.’ In the movie, after stealing from the biggest mob boss in town, the actor’s character, Freddy, is badly wounded. So he goes on the run with a one way ticket to salvage what’s left of his crime-ridden life, for one last shot at redemption with his family.

Saban Films will distribute the feature in theaters, on Digital and On Demand on Friday, September 2.

In honor of the thriller’s upcoming release, the studio has unveiled a new clip from the feature, which is titled ‘So Where Did You Get Clipped?’ The clip features Baker and Kevin Bacon‘s characters talking on a bus as Freddy is on the run from the mob boss, and is contending with a gun shot wound. 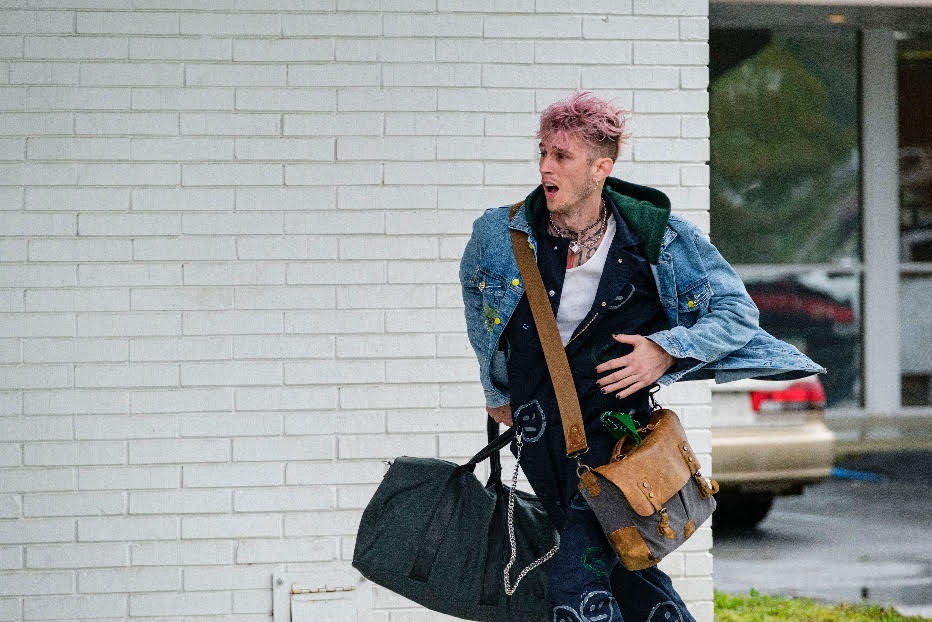 Title
'One Way' Clip - 'So Where Did You Get Clipped?'
Description

Saban Films has released a clip, 'So Where Did You Get Clipped?,' which features actors Colson Baker and Kevin Bacon, in director Andrew Baird's action thriller, 'One Way.'