Interview: Kevin Bacon Talks You Should Have Left

Striving to start a new life after surviving a tragedy can become a harrowing process for many people, even those who appear to have the perfect existence. That’s certainly true for Kevin Bacon’s complex protagonist in writer-director David Koepp’s new psychological mystery film, ‘You Should Have Left.’ The Golden Globe Award-winning actor’s complicated character is living with a long-held dark secret from his past that he can’t escape, despite him moving halfway across America and starting a new life.

‘You Should Have Left’ follows Theo Conroy (Bacon), a successful middle-aged man whose marriage to his much younger actress wife, Susanna (Amanda Seyfried), is shredding at the seams. Their relationship has been negatively affected by her secretiveness, his jealousy and the shadow of his past.

In an effort to repair their marriage, Theo and Susanna book a vacation at a stunning, remote modern home in the Welsh countryside for themselves and their six-year-old daughter, Ella (Avery Essex). What at first seems like a perfect retreat soon turns into a nightmare when Theo’s grasp on reality begins to unravel. He suspects that a sinister force within the house knows more than he or Susanna have revealed, even to each other.

Bacon generously took the time recently to talk about starring in ‘You Should Have Left’ during a roundtable Zoom interview. Among other things, the actor-producer discussed how he appreciated having the opportunity to reunite with Koepp on another supernatural horror thriller, as they have maintained a very close working and personal relationship. Bacon also mentioned that he believes Theo’s disappointed that his marriage isn’t as happy as he hoped it would be, but he also accepts his accountability in the deterioration in his relationship with Susanna.

The conversation began with Bacon explaining what the experience of reuniting with Koepp on ‘You Should Have Left’ was like, and if he considers this film to be a spiritual successor to his first collaboration with the scribe-helmer. “I don’t know that I thought of it as a spiritual successor to ‘Stir of Echoes,’ but I’ll take that because I love ‘Stir of Echoes.’ It was great to reunite with David. It almost didn’t really feel like a reunion because as soon as we said, “Wrap,” on ‘Stir of Echoes,’ I had been begging David to do another scary movie, but it took 20 years of convincing. He’s a friend and we have a very close working relationship, and he’s a great collaborator,” the performer divulged.

“What’s interesting is that it was a 20-year gap between the movies, which felt like an eternity. But I saw the wheels turning in his head on an idea for something for us to do together. From that point, until when we were actually in Wales shooting, was relatively fast,” Bacon also shared. “I’ve tried to get a lot of movies off the ground in the course of my life, and sometimes I’ve been more successful than others. But this one was really very quick, and very exciting for both of us.”

The actor then expressed that he feels there are changes in how he and Koepp worked together on their second collaboration, 20 years after ‘Stir of Echoes’ was released. “I think that we both have certainly learned a lot about filmmaking. He had only directed a couple of times when we made ‘Stir of Echoes,’ and he’s done a whole bunch of movies since then. I have done more acting, directing and producing since then, too and living life more by being married and raising our children. So, all of these things have an impact on what the filmmaking process is,” Bacon noted.

“The one thing that was true about David then, and it’s still true about David now, is that he’s a great collaborator for as brilliant as he is and the amount of success that he’s had. If you want to put the billions of dollars together for things that he has written, it’s pretty remarkable,” the performer continued.

The writer-director is also “someone who really is interested in the input of other people. That’s not just with actors or producers, but also with production designers, cinematographers and costume designers. He has his own very strong opinions, but he also really likes the fact that filmmaking is a collaborative effort, and I really admire that about him,” Bacon added.

The actor then delved into how he believes that Theo’s an interesting character, and is struggling to maintain his marriage. But he also must contend with his accountability in the deterioration in his relationship with Susanna. So Bacon delved into the process of exploring the mental and emotional turmoil that his character is going through, and cherished the opportunity to bring that internal and external conflict into the movie.

The themes the cast and crew were trying to explore include “paranoia, doubt about relationships, accountability and at what point have you paid for your sins? At what point do you still have more to be accountable for? Is it possible to ask for forgiveness and have your slate wiped clean or not?,” the performer noted.

“I think a movie, in a way, asks more questions about that than it answers. But you see a lot these days, certainly with our relatively new historically digital footprints, that people are being called to task for things that they had done many years ago. If they say they’re sorry, or that they’ve changed or are repenting, is that enough, or is it not? I don’t really know the answer to that question, but it certainly is one that the movie is going pretty deep into.,” Bacon added.

While Theo’s marriage to Susanna is deteriorating throughout the drama, the relationship he has with his daughter is still strong. That bond with Ella actually ends up becoming the catalyst to him realizing that he may be the one putting her into this dangerous situation.

“There are a lot of things going on there,” the actor admitted. “One is that not only is his wife way too young for him, but he’s also too old to have a new child. So we found that with all of that, there was going to be some interesting dynamics to the fact that this is a man who is not at a point in his life where he really feels like he wants to” be a father to a young child, he explained.

Theo may not want to “get down and play blocks, or try to explain simple lessons to somebody. You get that’s something that you’re a little bit better at when you’re a younger father, and yet he adores her and has a love for her that is as deep as it could possibly run. She’s a remarkable child…the movie is about (Theo) thinking of consequences, and that he can be honest with his little girl,” Bacon shared.

The performer also expressed that he thinks that the connection between Theo and Ella was fortified on screen because “Avery Essex is really is a remarkable, fantastic actress, especially considering this was her first movie. It’s quite a performance.”

‘You Should Have Left’ is the latest horror film that Bacon has appeared in, after he made one of his first on-screen appearances in the original 1980 slasher, ‘Friday the 13th.’ He divulged that he’s starred in “all the genres…and I’ve bounced around so much. I’ve done that because I’m really drawn to character more than to genre; if there’s a great character in a comedy, drama, romance, historical, action or horror movie, that’s what I want to do—just be a character actor. That’s why I’ve ended up in horror a few different times-it presented great acting challenges,” the actor declared.

In the horror genre, “There’s the emotional arc, and it’s trying to modulate all these different levels of fear, because you’re going to be scared through a genre movie if you’re the lead character. Those are acting challenges that I really like. I’m certainly more of a fan of psychological and emotional horror than of slasher movies,” Bacon revealed. “With ‘Friday the 13th,’ I was an out-of-work actor who was doing a lot of theater and trying to pay the rent, so I needed the gig. But then it turned out to be this phenomenon of the genre.

“The scary movies that I grew up on were ‘The Shining,’ ‘The Exorcist,’ ‘Rosemary’s Baby’ and ‘Don’t Look Now,’ as they’re the ones that I’m a little bit more drawn to overall,” the performer further shared. “But interestingly enough, I am drawn to the different subgenres of horror, including funny-scary, and I put ‘Tremors’ in that category. I love that kind of film, but it’s a really tough balance to hit. But I do go and see a lot of scary stuff,” he concluded. 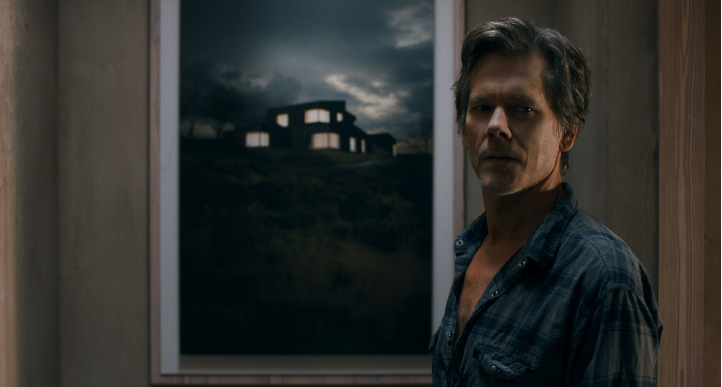