Being down-on-their-luck doesn’t mean that people have to give up all hope that they’ll eventually get their happy ending. That’s certainly the case for actress Allison Marie Volk in the new dark comedy, ‘Deany Bean is Dead,’ which Global Digital Releasing is set to distribute on digital and On Demand on July 10, after it garnered acclaim on the film festival circuit.

In honor of the movie’s upcoming distribution, ShockYa is premiering an exclusive clip from the comedy. The clip features Marie Volk’s title character as she awkwardly strikes up a conversation with her ex-boyfriend, Tom, who’s played by Christopher Glenn Cannon, at his house during his engagement party. He expresses that he wasn’t expecting to see her in his home, which he now shares with his fiancée, Angela, who’s played by Sarah Siadat. Deany then admits that much to her surprise, Angela redecorated and repainted the house since she moved in.

‘Deany Bean is Dead’ was written by Volk, and directed by Mikael Kreuzriegler. In addition to Volk, Cannon and Siadat, the comedy also stars Wendy Wilkins and Paulina Bugembe.

Global Digital Releasing has unveiled the following synopsis for ‘Deany Bean is Dead’:

A down-on-her-luck woman, Deanna, tries to win back her ex-boyfriend, Tom, at his engagement party without revealing that her recently strangled boss is in the trunk of her car. 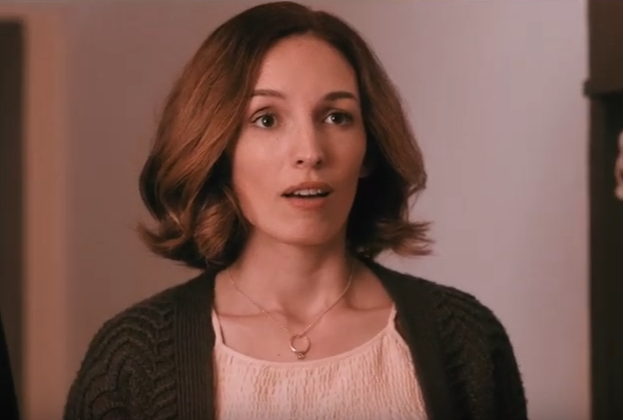