Iconic movies often garner their classic and recognizable places in history through their beloved storylines and characters that reflect the societal perspectives of the eras they’re released in. That’s certainly true for the title character of ‘The Invisible Man,’ which became an essential part of Universal Pictures’ family of classic film monsters when the original movie was released in 1933.

The eponymous villain has now been crafted into a modern story of obsession in the ‘The Invisible Man’s latest screen adaptation. The new sci-fi drama was written and directed by horror veteran Leigh Whannell, who’s also known in the genre for penning and helming ‘Upgrade‘ and ‘Insidious: Chapter 3,’ as well as penning several entries the ‘Saw’ franchise. The latest take on the Universal monster, which was produced in part by Jason Blum‘s Blumhouse Productions, is being released in theaters today by Universal Pictures.

In the new take on the classic tale, English actor, Oliver Jackson-Cohen steps into the celebrated role that was made famous by British-American film star, Claude Rains in the 1933 movie. Jackson-Cohen portrays the wealthy, brilliant inventor and optics pioneer, Adrian Griffin, who becomes violent and abusive towards his equally smart and capable girlfriend, Cecilia Kass, who’s played by Emmy Award-winner, Elisabeth Moss.

After Adrian’s supposed suicide, Cecilia begins to suspect he’s not actually dead, and has instead made himself invisible, using his ground-breaking inventions to torture her for leaving him. The feature is told from the perspective of the victim, instead of the antagonist. That view represent a wide range of modern cultural fears and anxieties, through the intersection of scientific discovery and timeless love and loss

‘The Invisible Man‘ follows Cecilia Kass, who’s trapped in a violent, controlling relationship with the title character, Adrian Griffin. The wealthy, brilliant scientist follows his girlfriend after she escapes in the dead of night. However, he doesn’t catch up with her at first, as she disappears into hiding, and is aided by her sister, Emily, their childhood friend, James (Aldis Hodge), and his teenage daughter, Sydney (Storm Reid).

Cecilia is later shocked to hear that Adrian commits suicide, and leaves her a generous portion of his vast fortune, soon after her escape. Despite her initial happiness, she soon suspects his death was a hoax. As a series of eerie coincidences turn lethal, threatening the lives of those she loves, Cecilia’s sanity begins to unravel, and leaves her desperately trying to prove that she is being hunted by someone nobody can see.

Jackson-Cohen generously took the time recently to talk about starring in ‘The Invisible Man’ during an exclusive phone interview. Among other things, the actor discussed that he was drawn to play the title character in part because he was curious about how Whannell presented Adrian as a narcissistic in certain ways, how that personality type negatively influenced his relationship with Cecilia and how that dynamic needs to be addressed and changed in modern society.

The conversation began with Jackson-Cohen discussing what it as about the character of Adrian, as well as the overall story for ‘The Invisible Man,’ that convinced him to take on the role in the sci-fi thriller. He described the experience of being cast in the film “a pretty simple process. I was sent the script, and it was such a solid screenplay that had a good story. I spoke with Leigh-we had a bunch of FaceTime calls together. We discussed the project, and what we wanted from Adrian,” the actor shared.

“I think what’s interesting about the way the character’s written is that he’s fundamentally the villain. But Leigh and I agreed that we didn’t want to play him as the villain,” Jackson-Cohen admitted. “We wanted to play him as a real person.

“The crux of the movie is domestic abuse. We really wanted to look at what these narcissistic people are capable of being like. So it was a process of doing a lot of research. One thing we wanted to do was make the character as multi-faceted as possible,” the performer revealed.

Jackson-Cohen then further delved into what his research process into what kind of life that a man like Adrian would lead was like when he signed on to star in the horror film. “Doing most of the research for Adrian, and looking up what he would be like, was quite astounding,” the actor divulged. “To read, and watch, interviews with women who are stuck in these relationships, was painful, but equally informative.

“To also know that intelligent, strong people find themselves in this type of situation and relationship, was incredible. It was incredible to read these testimonies from people who were stuck in these abusive relationships, and what it was that kept them there,” Jackson-Cohen also shared.

“So I soaked all of that up, and really tried to build someone who made sense. As horrific as Adrian is, he makes sense, and I think that was really important. We didn’t want to exploit anything. If we were going to tell a story about domestic abuse as a thriller, we wanted to make it as honest as possible,” the performer noted.

“Though trying to find the different parts of Adrian, and the rationale of how his mind works, was quite a fascinating process. So Lizzy and I sat down with Leigh for hours, weeks before we started filming, and talked about the relationship between our characters. We talked about the dynamic between the characters, and we wanted to make it as truthful as possible,” Jackson-Cohen shared.

Following up on how he built his on-screen connection with Moss, the actor further explained what his experience collaborating with her was like during production of the drama. He described her as being “phenomenal. I think everyone knows that she’s incredibly talented. She’s also a very generous actor and person,” the actor declared. “So it quite an amazing process, and she’s by far the funniest person I think I’ve ever worked with-we would laugh and laugh. The whole shooting experience was amazing, and we had such a great time.”

Jackson-Cohen then acknowledged that Whannell also has that distinct talent. “He’s a very charismatic man, and very funny,” the performer stated. “The great thing about Leigh is that he knows this genre so well, and is so passionate about it.

“The script alone is amazing. If you’re going to take something like (the original film version of) ‘The Invisible Man,’ which has been around for almost 90 years, and revisit it the way that Leigh has, as a woman escaping domestic abuse as the crux of the story, it has to be told in a clever and important way. He really has something to say,” the performer declared.

“I’ve worked with a lot of writer-directors over the years, so I understand that they can be very precious about what they’ve written. It’s all come from their mind, so they have a specific vision about what they want their films to be like,” Jackson-Cohen shared.

“Leigh also knows what he wants. But he also leaves room in the story for us to finish. Since he was also an actor, he really loves actors; he’s very respectful of us. So it’s incredible to be able to work with a director like that, who’s so collaborative,” the actor also admitted. “He enjoys the collaboration, and needs it…This movie feels like something we’ve all had a hand in making it. So it was a wonderful experience.”

Further speaking of how the title character of the Invisible Man is part of Universal Pictures‘ family of classic movie monsters, Jackson-Cohen agreed that part of the reason why the infamous characters have endured because they’re adaptable to whatever time the audience is living in. “It’s incredible what Leigh has done with the story. Like I said before, he’s written a story about a woman escaping an abusive relationship, and the fallout of that, and how it affects them, psychologically,” the performer noted.

“I think the incredible thing that Leigh has done is create a message that’s very timely. In a situation like this, everyone says, ‘You’re being dramatic.’ So I think it’s an interesting concept and idea to explore in a movie, especially a thriller. I think the way that Leigh has taken ‘The Invisible Man’ property is outstanding,” Jackson-Cohen divulged.

“If I’m being honest, I didn’t realize, even after I signed on to the film, that our story had to do with the Universal monsters universe. Leigh wrote something so fascinatingly, but it was a standalone story. It wasn’t until it was announced that I realized that we were doing the Universal monsters’ ‘The Invisible Man!,” the actor admitted. “It’s such a departure from what we’ve seen in the past.

“I think if you are going to re-do something in a world where remakes and reboots are so common, this is the way to do it. This has something new to say. I think Leigh did that in a really incredible and respectful way,” Jackson-Cohen concluded. 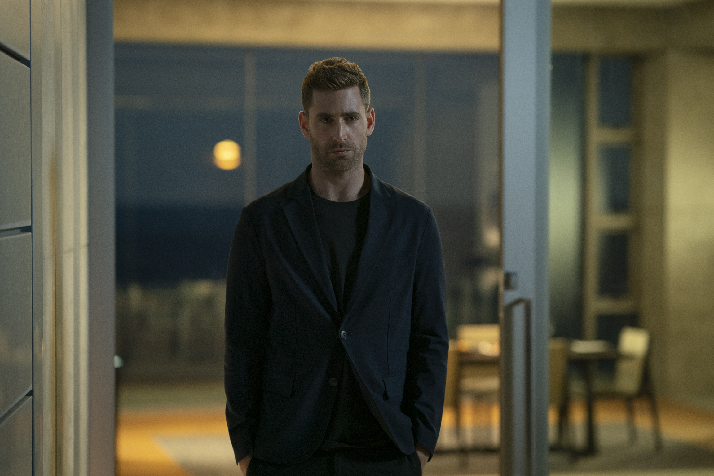