Sometimes the most admirable, well-meaning attempts to protect and save a seemingly innocent child can ultimately cause life-threatening harm to all of the unsuspecting adults in heir lives. That’s certainly the case for actress Emily Deschanel and Madeleine Arthur’s characters in Netflix‘s new limited horror television series, ‘Devil in Ohio.’ When Deschanel’s character, Midwestern hospital psychiatrist Dr. Suzanne Mathis, decides to temporarily foster Arthur’s character, the mysterious Mae, after she escapees from a cult, the girl’s arrival threatens to tear her family apart.

The mystery drama was co-created and executive produced by showrunner Daria Polatin, who also wrote all eight episodes of the project. She based the show on her 2017 best-selling young adult book of the same name.

All eight episodes of the ‘Devil in Ohio’s screen adaptation are premiering today on Netflix. Besides Deschanel and Arthur, the suspense thriller also stars Sam Jaeger as Peter, Gerardo Celasco as Detective Lopez, Xaria Dotson as Jules, Alisha Newton as Helen and Naomi Tan as Dani.

‘Devil In Ohio’ follows Suzanne as her world is turned upside down when she decides to protect Mae, a fragile teenager on the run from a cult. As Suzanne’s teenage daughter Jules begins to suspect there’s more to Mae’s story, a series of incidents – seemingly brought on by Mae’s presence – leave the family in chaos. Soon the Mathis family is fighting for survival against a strange cult while Suzanne and a local police detective try to unravel the clues of Mae’s past and sinister happenings in the town she escaped.

Deschanel and Arthur generously took the time recently to talk about starring in ‘Devil In Ohio’ during an exclusive interview over Zoom. Among other things, the actresses discussed why they were interested in playing Suzanne and Mae in the limited series; how reading the book helped them connect with, and prepare to play, their respective characters; and how their overall collaborations with Polatin also helped them both develop the personalities and behaviors of the psychiatrist and former cult member. 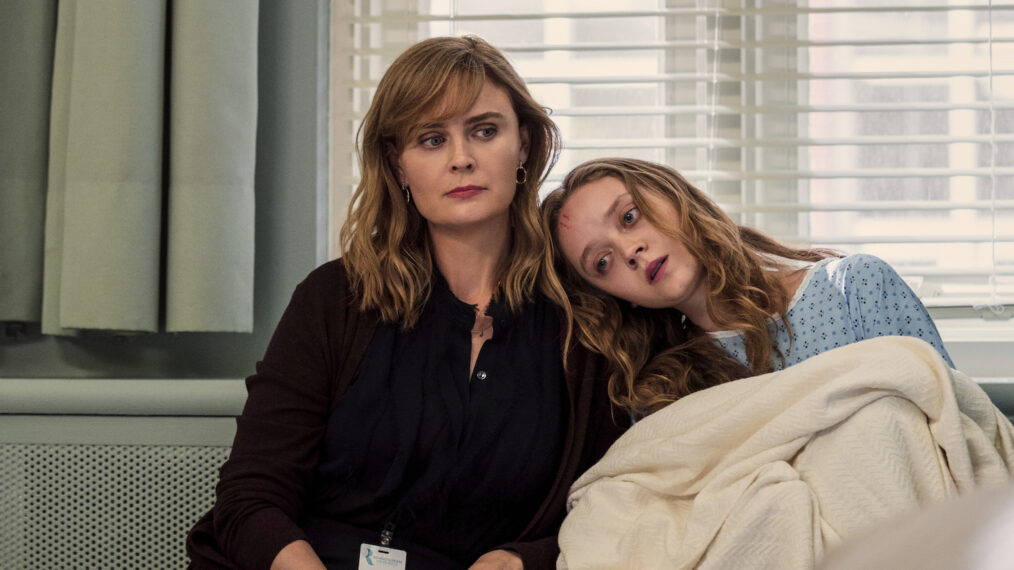