Even the most experienced crew that’s assigned to save the universe aren’t always able to find a way to overcome their conflicts and work together to accomplish their mission. That’s certainly the case for the crew of the Achilles, the large scientific space vessel featured in the upcoming apocalyptic sci-fi film, ‘Deus.’

The vessel’s mission is to analyze a strange black sphere in Mars’ orbit that has resisted all initial attempts of scientific analysis. But when the black sphere eventually utters the titular word, which translate to God, the Achilles’ crew ponders if they can overcome their difference in order to retrieve scientific proof of God’s existence.

The action thriller was written and directed by Steve Stone. ‘Deus’ stars Claudia Black, who also served as one of the movie’s producers. In addition to Black, the drama also stars David O’Hara, Phil Davis and Richard Blackwood.

4Digital Media will release the film on Digital, VOD and DVD this Tuesday, September 13. In honor of ‘Deus’s home distribution, ShockYa is offering three lucky winners a DVD of the film. To enter, email us at ShockyaGiveaway@aol.com. Let us know that you’re entering to win the ‘Deus’ DVD giveaway in the email’s subject line, and include your mailing address in the message. You have until Tuesday, September 20 to enter, and you can enter the contest once daily. On September 20, we’ll pick the winners at random, and notify them through email. Good luck! 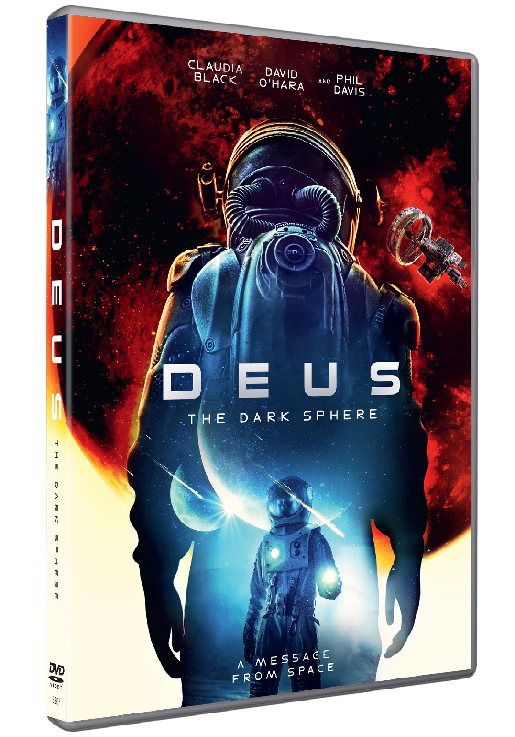