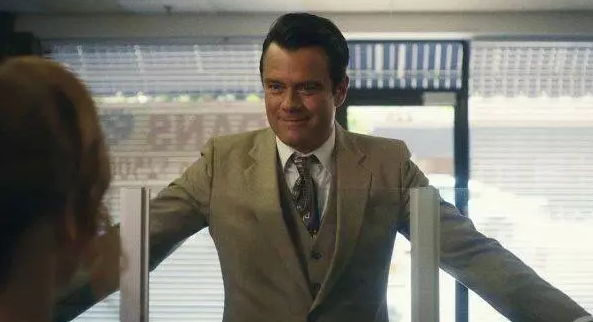 When Willie Sutton was asked why he robbed banks, he replied, “That’s where the money is.” Money is not all that banks have. They fertilize the ground from which entertainment grows. If you’re a movie fan, you’re of course familiar with films known as capers or heists, using armed robbery as vehicles of fun such as “Oceans 12”; and if questioned about the best heist movies you’ve seen, you’ll drop names like “Dog Day Afternoon,” “Heat,” “The Italian Job,” and my personal favorite, “Bonnie and Clyde.” “Allan Ungar’s “Bandit” may not become seared in your memory as one of the classics, but it’s a damn good film particularly since it dramatizes the career of an actual fellow who set Canada’s record by taking cash from fifty-nine banks in that country. In fact he covered seven of the nine provinces of our neighbors to the north, missing out on Newfoundland and Prince Edward Island. That leaves territory ripe for bank hits should someone else aim for the Guinness Book of World Records.

The movie is based on Robert Knuckle’s novel that brought in the new year 1996, “The Flying Bandit,” on sale at Amazon for just $191.93, which means you may have to rob a bank to afford it. Director Ungar, whose blockbuster policier “Gridlock” finds a police training academy attacked by a team of mercenaries, makes sure to keep Gilbert Galvan Jr aka Robert Whiteman (Josh Duhamel) on the screen constantly, a handsome, smooth-talking man down on his luck whose life is about to improve when he escapes from a Michigan facility by climbing the security fence, running for his life, and heading not to Mexico as you might expect but to Canada. There he begins a three-year spree that will net him $2.3 million, which seems not a helluva lot when you consider that was his take from 59 banks and a jewelry emporium.

Known as The Flying Bandit for trips involving some two-propeller planes from rural airports, he is a master of disguises which he adapts after visiting a small store selling props for actors. He meets loan shark Tommy (Mel Gibson) in a strip club, reeling him in as a partner, but more important hooks up with Andrea (Elisha Cuthbert), who becomes the love of his life. Determined to impress her, he begins his new career, and though in real life she did not know that her man was anything but a salesman on the road, she too becomes a partner in crime on whom he lavishes a diamond ring and a fur coat.

Here’s a guy who never trained for his lucrative career, yet he becomes good at it partly because of his friendly patter with tellers at least one of whom even smiles after stuffing the loot in a bank bag. (He is so naïve that he robbed his first bank without a backpack or suitcase, and, having to board a domestic flight, stuffs the money into his underwear and coats.)

Mel Gibson’s role is not a big one, but when he appears as Tommy Kay he is as smooth and laid-back a talker as his partner. It becomes the project of a detective Snydes (Nestor Carbonell) to bring him down and at the same time to get the goods on the loan shark that gave Galvan a financial start. In real life, however, Galvan was trapped when walking out of a supermarket with 24 bottles of liquor, motivated perhaps by the fact that he appears to have been broke by end of his capers. None of the money was recovered.

The 6’4” Josh Duhamel was a wise choice for the title role, known to a large audience by two releases of “Transformers.”