Crime has never been so disorganized as when Jon Hamm’s endlessly bothersome titular protagonist of Irwin ‘Fletch’ Fletcher inadvertently becomes involved in a murder case in the new comedy, ‘Confess, Fletch.’ Despite his at-times irritating ways, the eponymous main character is actually innocent of the latest offense he’s been accused of committing, and must put aside his typical tenancies to protect his at-times questionable innocence and freedom.

‘Confess, Fletch’ is based on the 1976 book of the same name by Gregory McDonald. The screen adaptation was written by Zev Borow and Greg Mottola, the latter of whom also directed the feature. Besides Hamm, the film also stars Roy Wood Jr., Annie Mumolo, Ayden Mayeri, Lorenza Izzo, Kyle MacLachlan and Marcia Gay Harden.

The movie is now play in theaters and on Digital and On Demand, courtesy of Miramax and Paramount. In honor of ‘Confess, Fletch’s home distribution, ShockYa is offering five lucky winners a digital code of the film and a copy of the book the feature is based on.

To enter, email us at ShockyaGiveaway@aol.com. Let us know that you’re entering to win the ‘Confess, Fletch’ film digital code and book giveaway in the email’s subject line, and include your mailing address in the message. You have until Tuesday, October 4 to enter, and you can enter the contest once daily. On October 4, we’ll pick the winners at random, and notify them through email. Good luck!

‘Confess, Fletch’ follows the roguishly charming and endlessly troublesome titular character (Hamm), who becomes the prime suspect in a murder case while searching for a stolen art collection. The only way to prove his innocence is to find out which of the long list of suspects is the culprit. The suspects include an eccentric art dealer, a missing playboy, a crazy neighbor and Fletch’s Italian girlfriend. Crime has never been this disorganized. 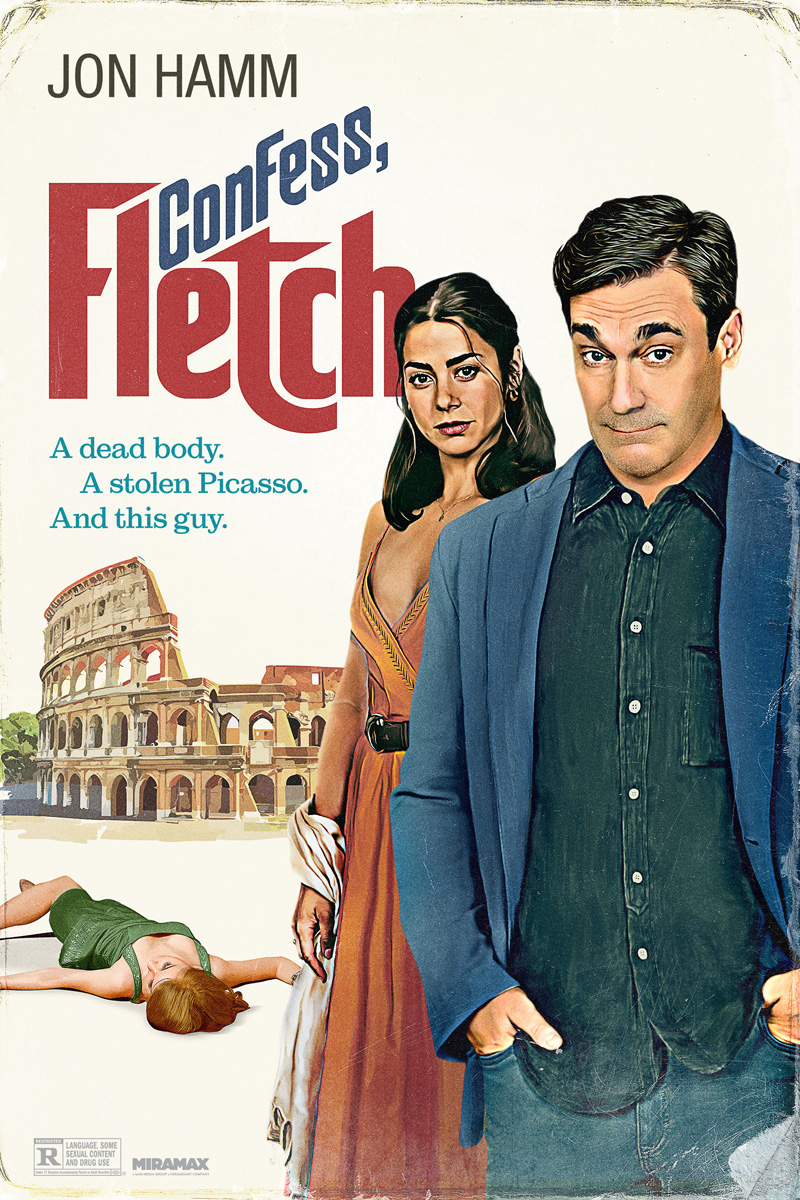