A romantic, intimate wedding ceremony is meant to be a time of celebration between family and friends. However, a group of unwelcome visitors – the titular crocodiles – crash the wedding between the protagonists of Lisa and Charlie in the upcoming action horror film, ‘Croc!’

Uncork’d Entertainment is set to distribute the drama on DVD and Digital on October 4. In honor of the movie’s release, ShockYa is exclusively premiering the feature’s trailer.

In ‘Croc!,’ Lisa and her family unite at a wedding venue, excited for the big day. However, unknown to the family, a nest of hungry crocodiles has been living in the nearby lake. As the crocodiles crash the wedding in a blood thirsty massacre, the remaining family members must survive the night against the Jurassic beasts. 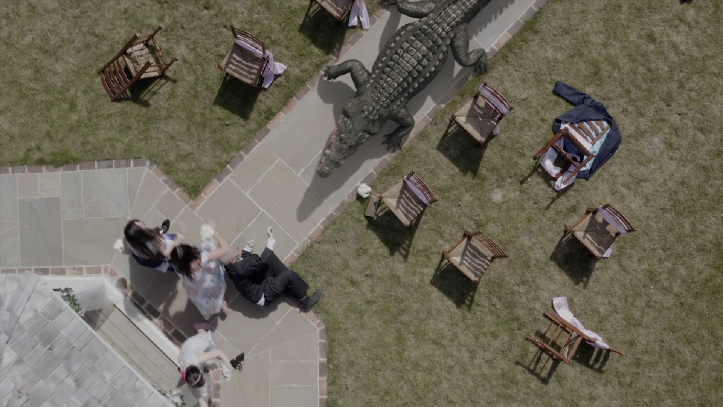