Developing a clear plan in order to secure a better future is vital for any mammal, including elephants. When Botswana banned elephant poaching in 2014, the news of the safe haven spread among herds across Africa, which prompted the animals to coordinate a mass migration into the nation from neighboring countries. The species’ arrangement to work together to travel into Botswana together is chronicled in the upcoming documentary, ‘Elephant Refugees.’

Global Digital Releasing will distribute the film worldwide on November 18 on digital. In honor of the movie’s release, ShockYa is premiering an exclusive clip from the feature, which is titled ‘Thirst Causes Chaos.’

‘Elephant Refugees’ showcases how with nearly 60% of the world’s elephants residing in Botswana, the ecosystem is buckling under the pressure of supporting them. Climate change and unprecedented drought have created a water crisis for the masses of the titular elephant refugees.

After a long and tiring journey in search of safety, many elephants end up at the Moller family’s bush lodge, Elephant Sands, in desperate need of water. From the frontlines of the climate crisis, the Moller family struggles to provide water to as many as 500 elephants a day. When the elephants don’t get what they need, they often break into the lodge bathrooms, turn on the faucets with their trunks and drink out of the sinks and toilets. The Moller’s dedication to aiding the elephants is strong, but with dwindling resources, they can only do so much.

In late 2019 the unimaginable happened in Botswana: the new government overturned the hunting ban and once again Botswana’s elephants are on the auction block. In January 2020, Safari Club International auctioned a 14-day elephant hunt in Botswana.

The documentary was written, directed and produced by Louise Hogarth (‘The Panama Deception,’ ‘The Gift’). For the past two decades, the filmmaker has been helming and producing documentaries that highlight cutting-edge controversial social issues.

While discussing ‘Elephant Refugees,’ Hogarth said: “My relationship with elephants began during the making of ‘Angels In the Dust.’ The orphanage, featured in my documentary, was located near the Pilanesberg National Park in South Africa. I learned orphaned baby elephants had been re-located to the park after their parents were killed in a cull – killing adult elephants to control herd size tears apart the complex social fabric of elephant culture. Without their role models to teach good elephant behavior the young elephants becoming aggressive attacking rhinos and numerous tourist vehicles resulting in 40 dead rhinos and one human fatality. The story of the orphaned children and elephants provided a dramatic parallel illustrating the need for love and structure for both children and elephants.

“Elephants are extraordinarily emotional beings. They are conscious of themselves as individuals. They feel joy, experience sadness, pain, pleasure and grief. They cry real tears and exhibit beautiful qualities of compassion and protection. Elephants need increased understanding and tolerance from we humans. Through deepening our connection with them and opening our hearts to them, we may eventually be able to return to a peaceful co-existence with them. These are truly gentle giants who simply want to be respected, honored for who they are and left in peace,” he filmmaker continued.

“One African elephant is killed every 15 minutes that equals 40,000 a year. Africa’s total estimated elephant population is less than 400,000. If the killing continues; elephants will be extinct in 10 years. Together, we can and must make an effort to save Africa’s elephants. I don’t want to live in a world without elephants,” Hogarth concluded. 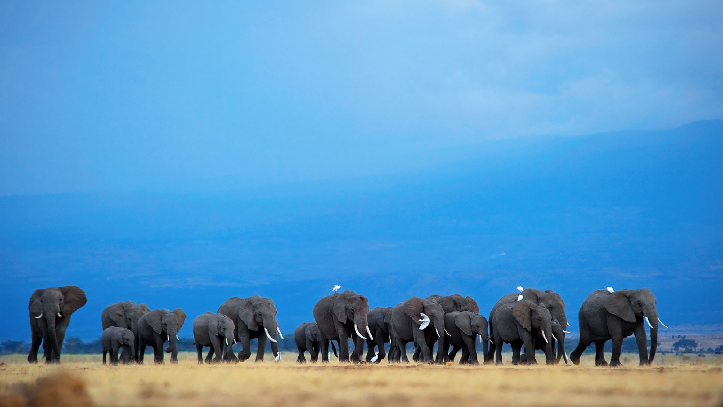