Scaring their friends is a thrilling way for people to celebrate their connections during the Thanksgiving season. Marlon Wayans is doing just that with his original reality series, ‘Oh Hell No… with Marlon Wayans.’ The actor-comedian is challenging a few of his friends to go face to face with their biggest fears in immersive VR experiences on the Meta show, which he hosts and executive produces.

The show is debuting its season one finale, which is titled ‘Loni Love Takes the Plunge with Great Whites,’ tomorrow, November 30 at 9amPT/12pmET. In honor of tomorrow’s premiere of the season’s final episode, ShockYa is debuting an exclusive clip from the show, which can be viewed here.

During the episode, Wayans uses Love, an actress, comedienne and television host, as shark bait as she tries to overcome her fear of great whites. Her VR plunge will have her inches from some of the ocean’s most aggressive sea creatures.

Episodes of ‘Oh Hell No’ can be found on Wayans’ Facebook page and Instagram page, as well as Messenger’s Watch Together. Meta Quest 2 users can experience the same VR scares as the series’ celebrity guests on Meta Quest TV. 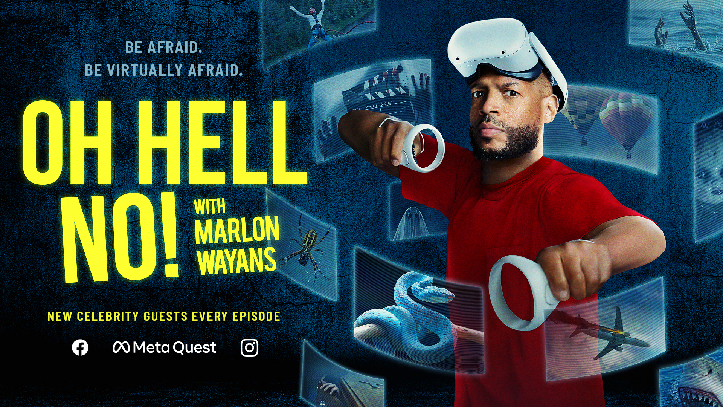