Ad-Supported Disney+ Plan Now Available in the U.S. with More Than 100 Advertisers 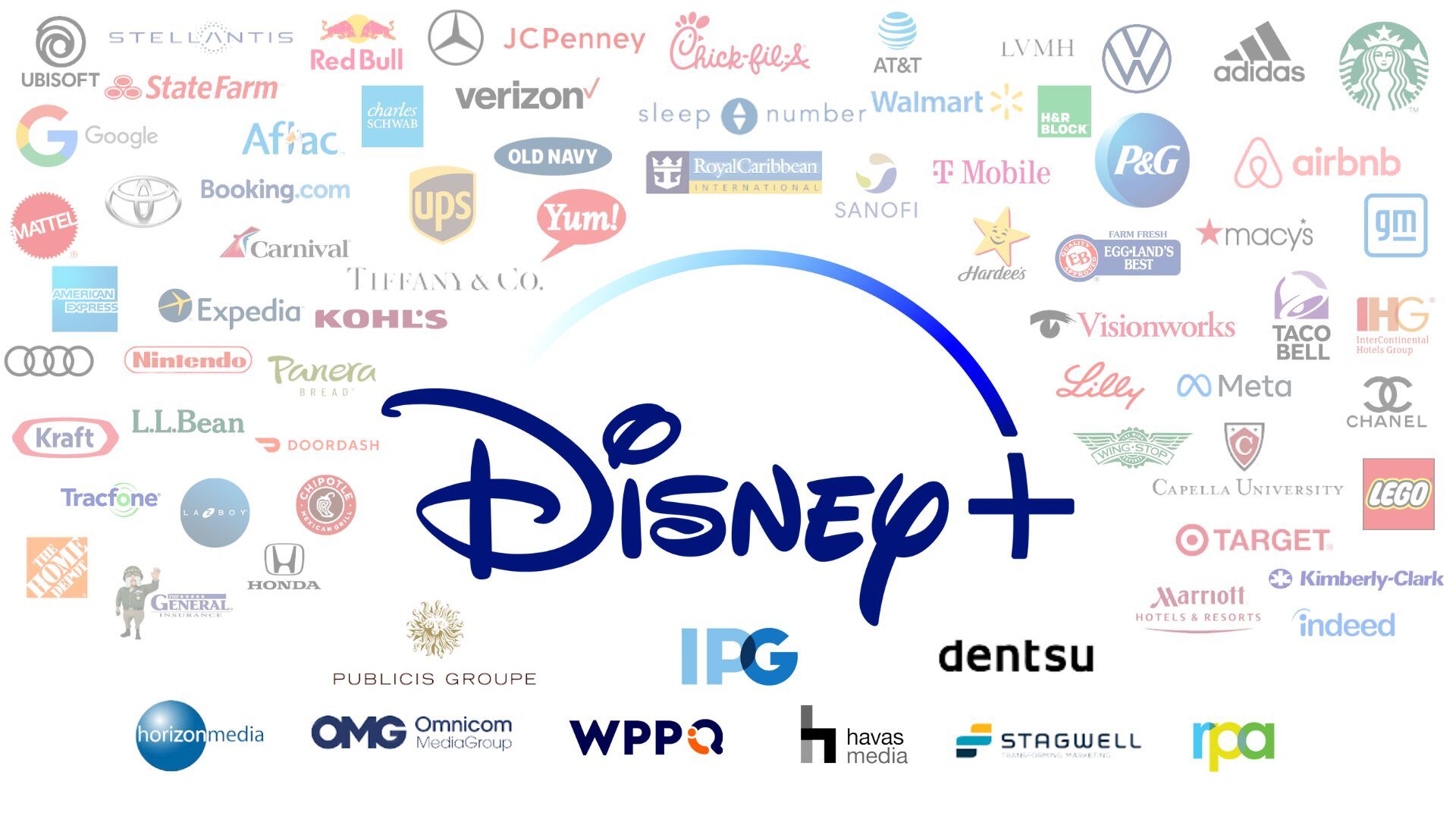 Disney+ made its highly-anticipated, ad-supported subscription offering available in the U.S. today, with more than 100 advertisers across all major categories participating in the launch. New subscription plans with ads across the Disney Bundle and Hulu+ Live TV are also now available, which are offering viewers more options to choose a plan that best serves their needs to stream their favorite content.

The “launch marks a milestone moment for Disney+ and puts consumer choice at the forefront,” said Michael Paull, president, Direct to Consumer. “With these new ad-supported offerings, we’re able to deliver greater flexibility for consumers to enjoy the full breadth and depth of incredible storytelling from The Walt Disney Company.”

“Today we welcome Disney+ with ads to the largest, most diverse and impactful portfolio in the industry,” said Rita Ferro, president, Disney Advertising. “We are committed to connecting our clients to the best storytelling in the world while delivering innovation and viewer-first experiences in streaming now and in the future.”

Disney+ Basic subscribers will enjoy the full content catalog and key product features that are also offered on a Disney+ Premium plan. The features include exclusive originals and library content, which is an ever-growing collection of thousands of titles across films, documentaries, series and shorts, plus unprecedented access to Disney’s long history of incredible film and television entertainment.

Disney+ Basic will also allow users to create up to seven profiles per account. Users will have the ability to set profile PINs and content ratings by profile through parental controls.

Another feature of Disney+ Basic is concurrent viewing, which allows subscribers to stream content on up to four supported devices simultaneously. The content will be streamed in high-quality video formats, including, where supported, 4K Ultra HD, Dolby Vision, Full HD, HDR10 and expanded aspect ratio with IMAX Enhanced.

Existing Disney+ subscribers have the option to switch to the Basic plan for $7.99 per month. Those who choose to remain a premium subscriber will pay $10.99 per month or $109.99 per year, and don’t have to take any further action.

The launch of Disney+ Basic pairs the world’s most beloved stories, characters and brands with the most advanced proprietary advertising technology and audience-based capabilities. The combination delivers sophisticated, globally-scalable advertising that offers choice and value for both consumers and advertisers.

Disney+ Basic launches with an unrivaled roster of blue chip brand advertisers and from all major agency holding companies, including Dentsu, Havas, Horizon, IPG, Omnicom Group, Publicis, RPA, Stagwell and WPP, which represent over a dozen categories including retail, apparel, autos, financial services, restaurants, technology, telcom, CPG a nd travel. There are hundreds of creatives that will deliver the volume and variety needed to create a great experience for brands and consumers.

Subscriptions to Disney+ Basic are intended only for use in the U.S. and in countries where an ad-supported subscription is available. Disney+ Basic subscribers will not have access to Premium features like Downloads or GroupWatch and SharePlay, as well as Dolby Atmos at launch.

Disney+ is the dedicated streaming home for movies and shows from Disney, Pixar, Marvel, ‘Star Wars’ and National Geographic, along with ‘The Simpsons’ and much more. The flagship direct-to-consumer streaming service from The Walt Disney Company offers an ever-growing collection of exclusive originals, including feature-length films, documentaries, live-action and animated series and short-form content. With unprecedented access to Disney’s long history of movie and television entertainment, Disney+ is also the exclusive streaming home for the newest releases from The Walt Disney Studios.

Disney+ is available as a standalone streaming service, as part of the Disney Bundle in the U.S. that gives subscribers access to Disney+, Hulu and ESPN+. For more, visit Disney+’s official website, and find the Disney+ app on most mobile and connected TV devices.