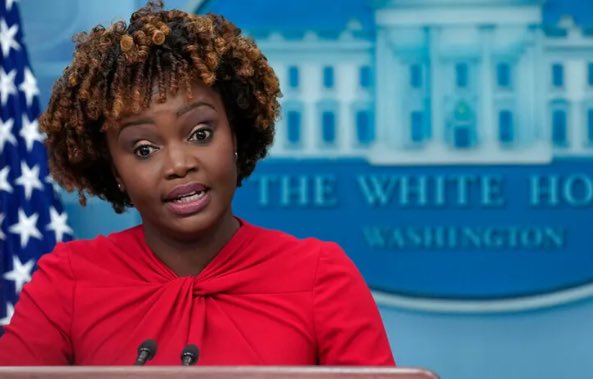 The press secretary made the ridiculed claims during a press conference on Monday, during which she also criticized anyone who doesn’t agree with her stance. She also accused them of doing the work of human smugglers, who she claims “are spreading misinformation, which is very dangerous.”

The story is being reported by Fox News, which has long been critical of Biden’s administration, especially on such important topics as immigration. The conservation news organization noted how the upcoming expiration of Title 42 was a major topic during Jean-Pierre’s briefing, as it has been garnering attention recently throughout the U.S.

Title 42 is a public health rule that was passed March 2020 as the COVID-19 pandemic forced Americans into a nation-wide lockdown. Since its passing, the White House has insisted that it has limited the growing border crisis by turning away migrants at the border.

But border towns across the southern U.S. have largely disputed the White House’s claims that Title 42 is limiting the number of migrants who are entering the country. The towns are expressing health and financial concerns over the thousands of migrants who have flocked to the border every day in search of aid. Border town officials have noted that the migrants can leave a potentially harmful impact on the American citizens who are already legally living in their neighborhoods.

Jean-Pierre hasn’t been forthcoming in explain how the White House plans to prepare for the impact of the 9,000 to 15,000 new migrants who are expected to arrive in America every day if Title 42 does expire.

The press secretary’s insistence that the American border isn’t open to migrants as Title 42 faces potential expiration has garnered her criticism from multiple officials and public figures on Twitter. They feel she’s gaslighting the country by refusing to publicly acknowledge the historic numbers of border crossings that President Biden is allowing into the country. 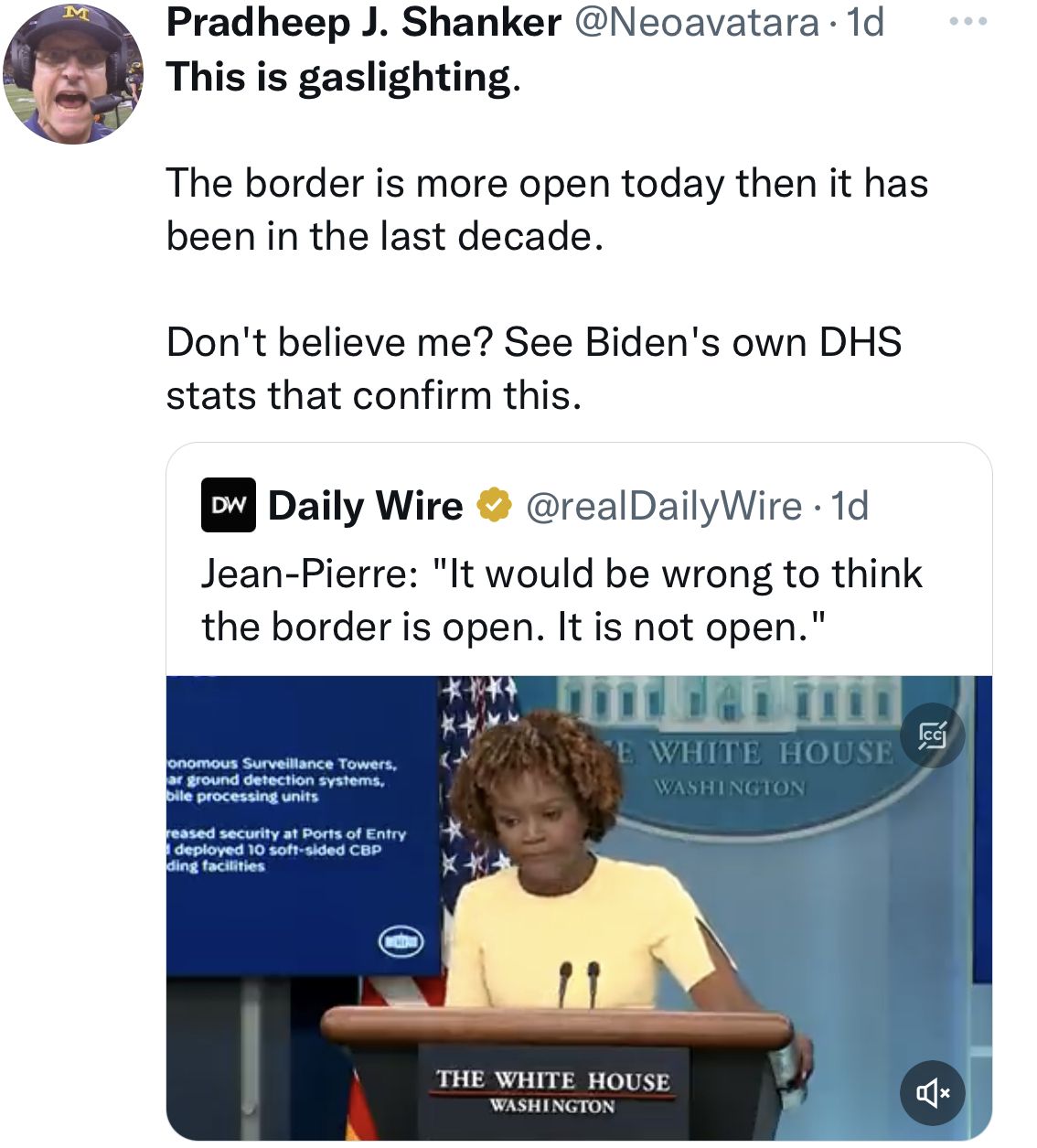 National Review contributor Pradheep J. Shanker tweeted on the subject: “This is gaslighting. The border is more open today (than) it has been in the last decade. Don’t believe me? See Biden’s own DHS stats that confirm this.”

“A bold-faced lie,” Texas Rep. Dan Crenshaw stated above photos of hundreds of illegal migrants crossing the border at night. 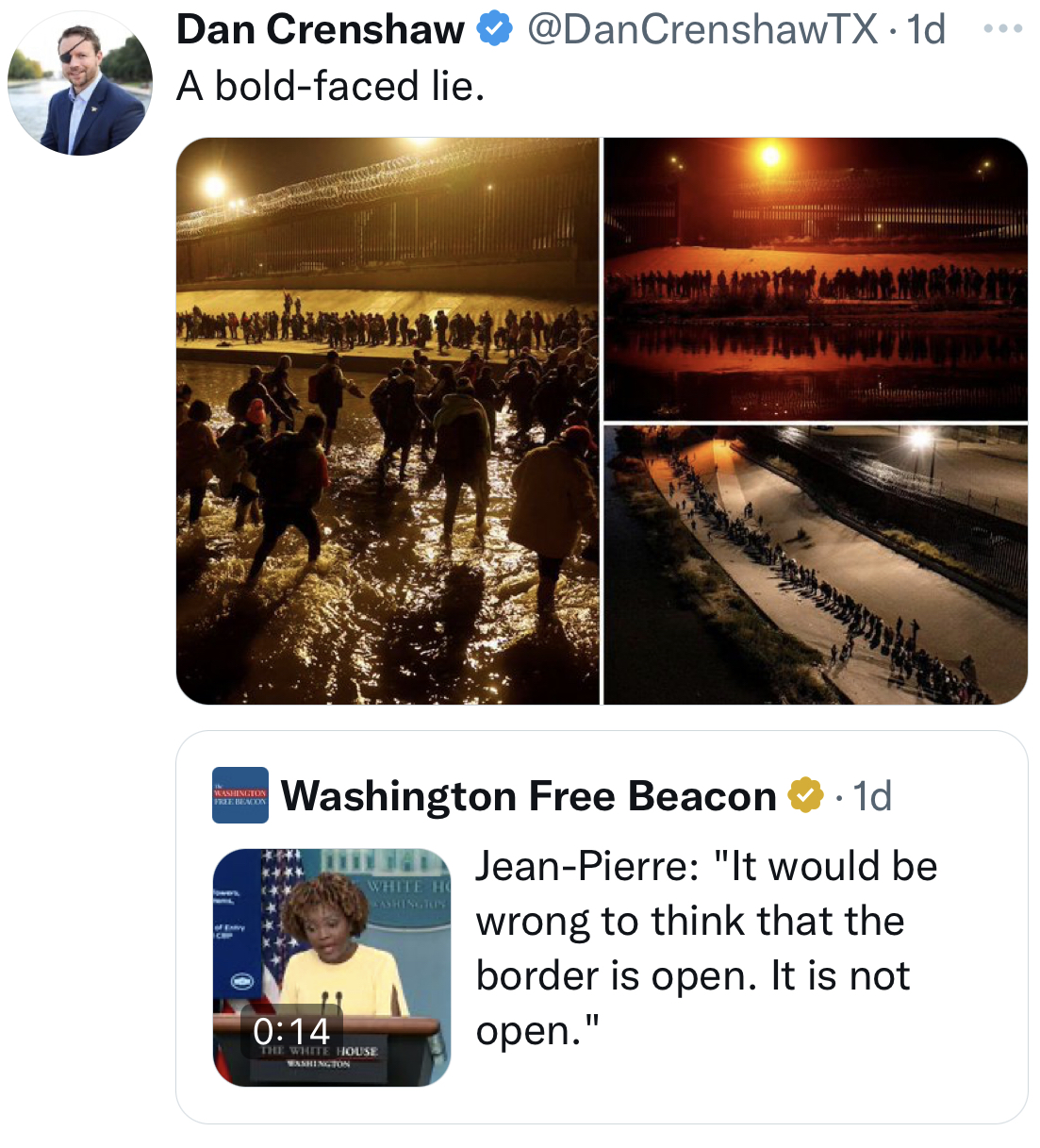 After the press briefing, Republican and Democratic officials even united to ask President Biden to extend the policy. Politicians from both parties feel the end of Title 42 will bring a higher risk of disaster to America if even more immigrants are allowed into the country.

Our rating of Jean-Pierre’s claims: FALSE

Based on the above research, the White House’s press secretary’s claim that the American border is currently closed to migrants, is absolutely false. Thousands of migrants are already illegally passing through the border into border towns every day while the Title 42 is still intact; its expiration will only exacerbate that problem. 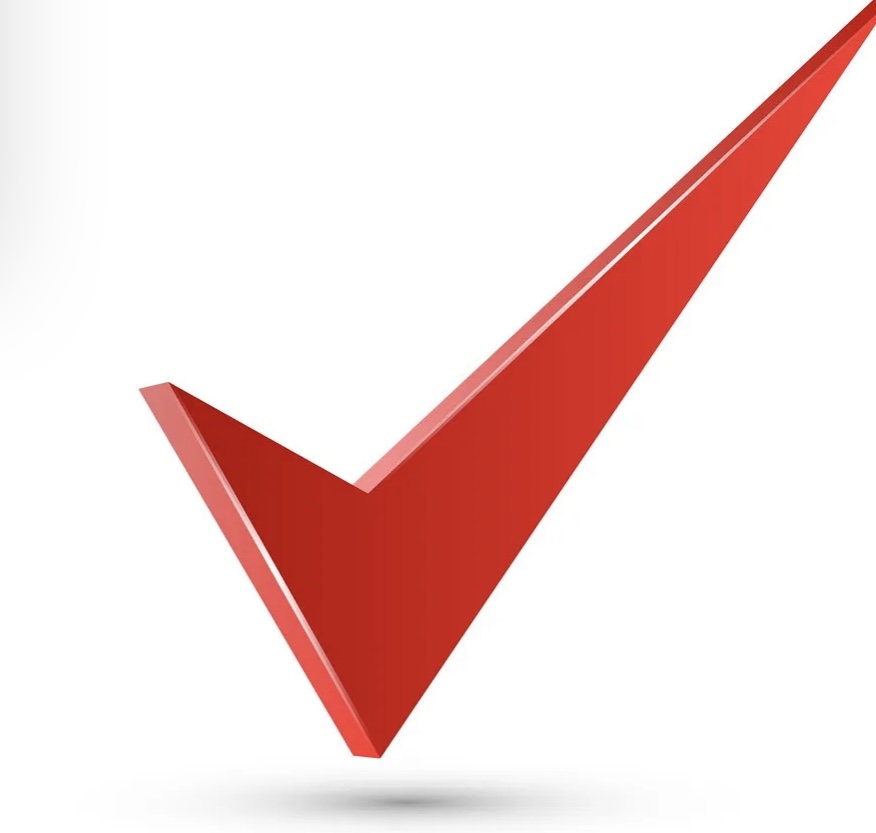