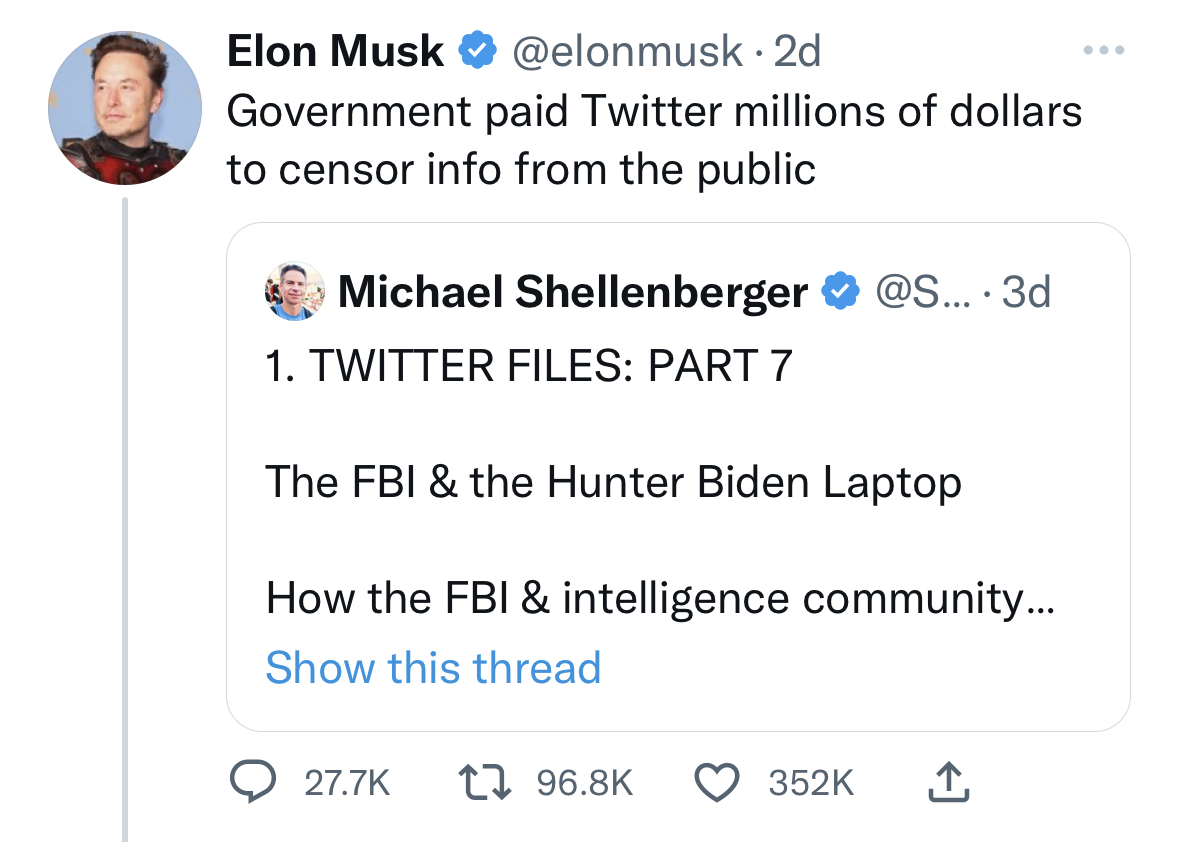 While discussing his recent decision to no longer accept “payments” from the FBI or any other government agency to censor accounts on Twitter, Musk admitted that the “Government paid Twitter millions of dollars to censor info from the public.” He tweeted his assertion that the company will no longer accept payments from the FBI in a Twitter thread started by Michael Shellenberger, the bestselling author of ‘Apocalypse Never’ and ‘San Fransicko.’

The writer released the seventh edition of the Twitter Files on Monday. He tweeted “The FBI’s influence campaign may have been helped by the fact that it was paying Twitter millions of dollars for its staff time,” he began. He added that he has “concerns about whether the government was running a misinformation operation” at Twitter as “the pressure from the FBI on social media platforms continues.”

Shellenberger also posted an image of an email that Twitter’s former special counsel, Jim Baker, who previously served as FBI general counsel, received in February 2021. The sender, whose name is concealed, told Baker: “I am happy to report we have collected $3,415,323 since October 2019!” The money serves as a “reimbursement for the time spent processing requests from the FBI,” the sender informed the former Twitter and FBI employee. 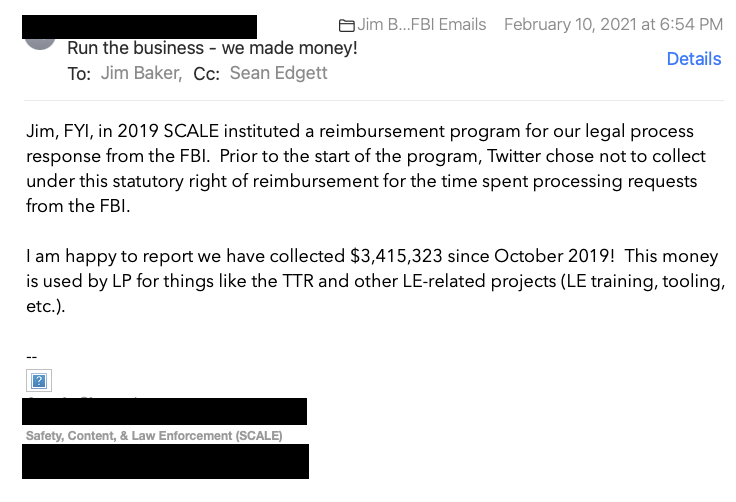 Shellenberger also revealed that “The FBI’s influence campaign aimed at executives at news media, Twitter, & other social media companies worked.” He shared that “By Dec. 2020, Baker and his colleagues even sent a note of thanks to the FBI for its work.”

As a result, Musk responded to the writer’s latest Twitter Files thread and has pledged that Twitter will no longer accept payments to censor the social media platform.

One Twitter user even asked Musk on Tuesday whether he was “willing to make a pledge that Twitter will never accept payment from anyone, government or otherwise, to censor or suppress any information.” The businessman responded with one word: “Absolutely.” 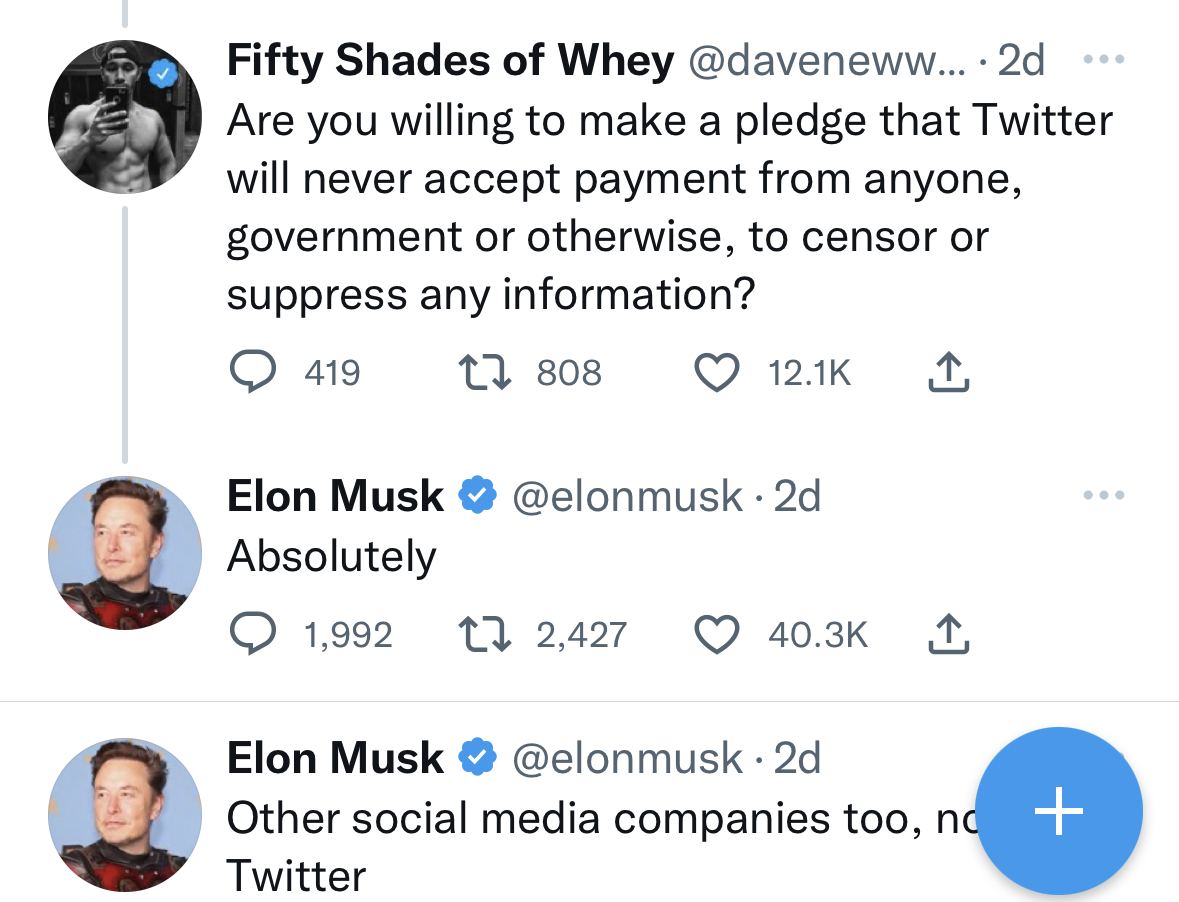