In honor and celebration of fathers nationwide, FilmDistrict has unveiled two new creepy Father’s Day cards and a teaser poster for its anticipated horror thriller, ‘Insidious Chapter 2.’ The sequel, which was directed by James Wan, who helmed the hit first film in the series, will be released in theaters by FilmDistrict on September 13. The follow-up, which was written by ‘Insidious’ scribe Leigh Whannell, features the cast from the original film, including Patrick Wilson, Rose Byrne, Lin Shaye, Barbara Hershey and Ty Simpkins.

FilmDistrict has released the following synopsis for ‘Insidious Chapter 2’:

The famed horror team of director James Wan and writer Leigh Whannell reunite with the original cast of Patrick Wilson, Rose Byrne, Lin Shaye, Barbara Hershey and Ty Simpkins in ‘Insidious Chapter 2,’ a terrifying sequel to the acclaimed horror film, which follows the haunted Lambert family as they seek to uncover the mysterious childhood secret that has left them dangerously connected to the spirit world. 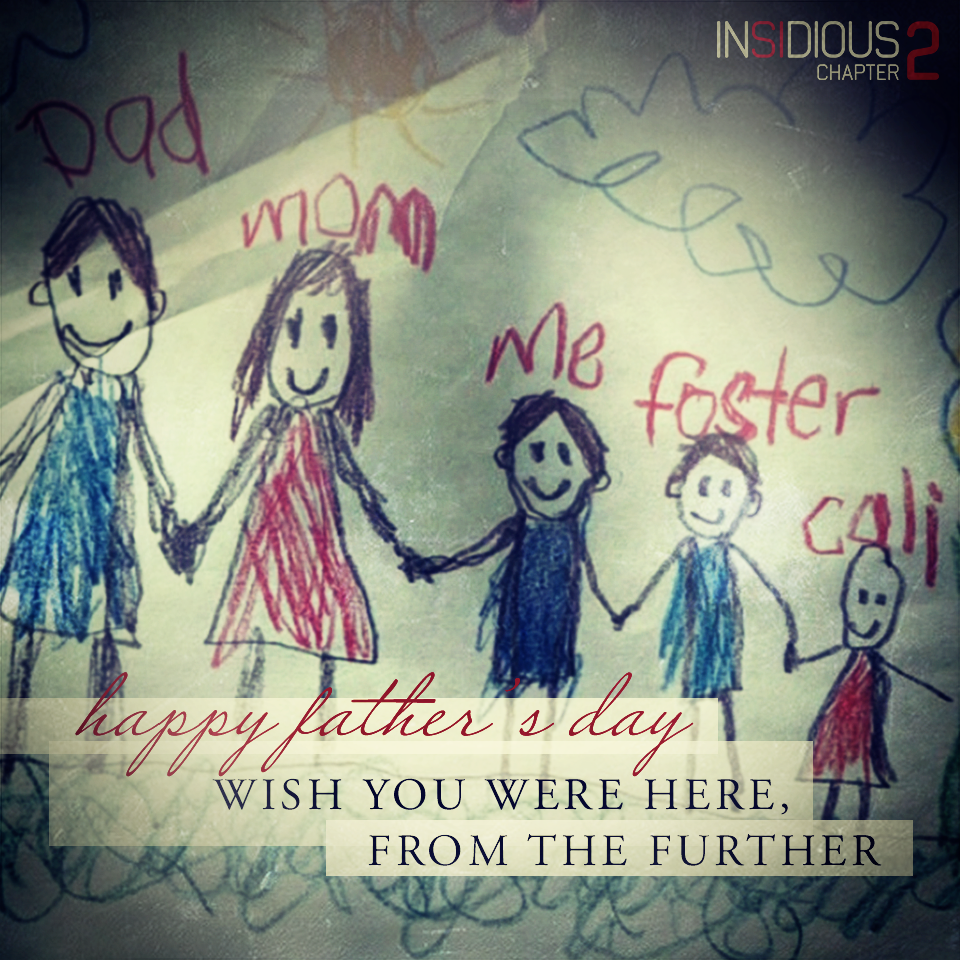 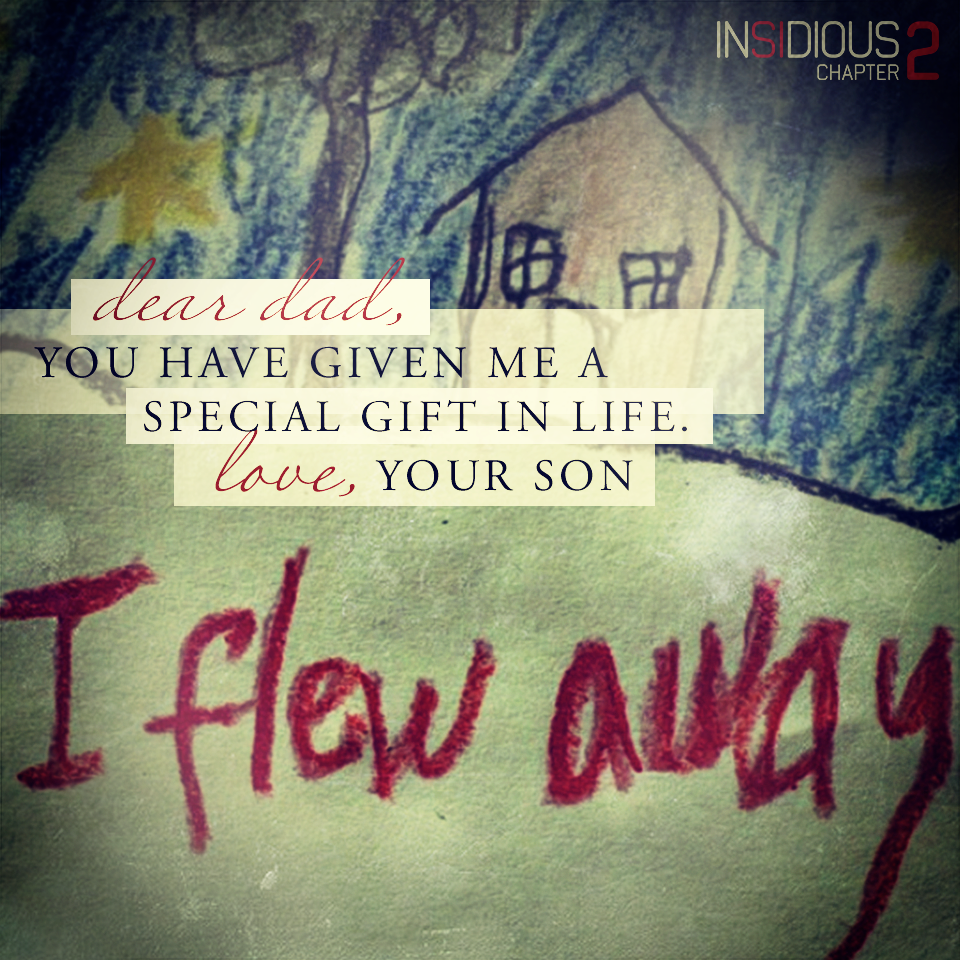 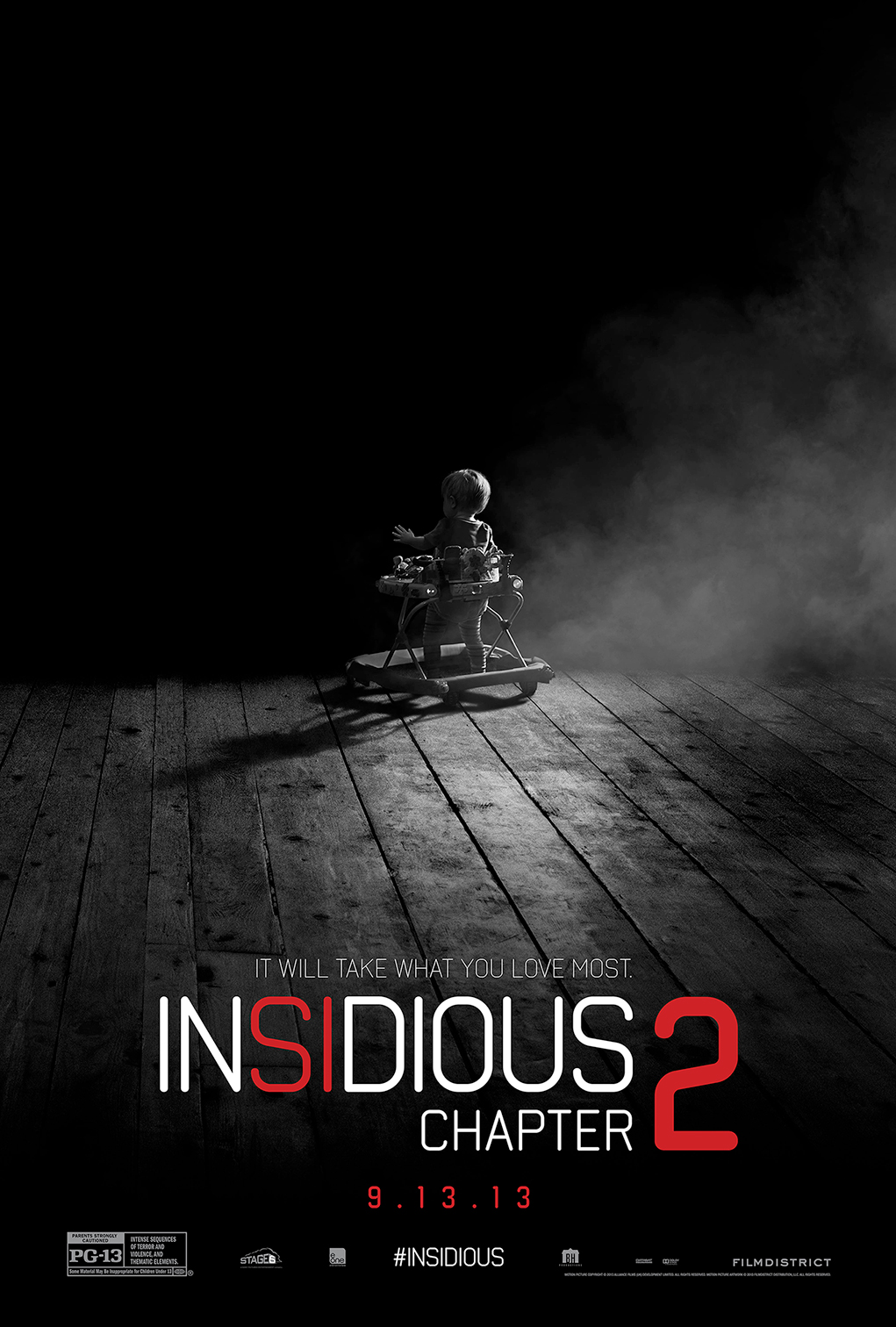