An unethical medical experiment gone wrong has been captured in a found footage video for the new horror film, ‘Patrick: Evil Awakens.’ The tape was discovered just in time for this weekend’s VOD and theatrical releases of the sci-fi thriller, which was directed by Mark Hartley.

‘Patrick: Evil Awakens,’ which was written by Justin King, stars Charles Dance, Rachel Griffiths and Sharni Vinson. Phase 4 Films, which is distributing the film, has released the following synopsis for the thriller:

When a young nurse begins work at an isolated psychiatric ward, she quickly becomes fascinated with Patrick, a brain dead patient who is the subject of a mad scientist’s cruel and unusual experiments. What starts as an innocent fascination quickly takes a sinister turn as Patrick begins to use his psychic powers to manipulate her every move, and send her life into a terrifying spiral out of control. 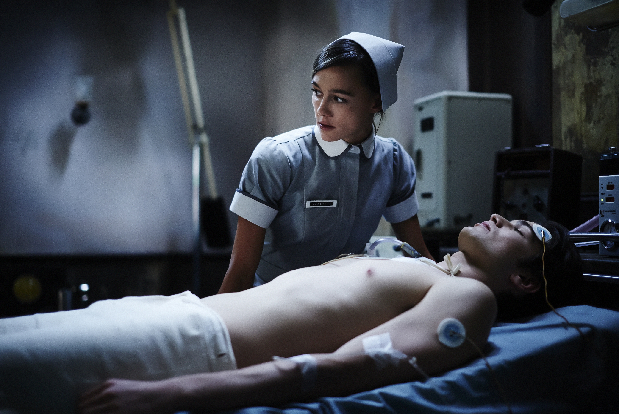