Production on Divergent Sequel Insurgent Has Commenced in Atlanta

Principal photography on the anticipated feature film adaptation of ‘Insurgent,’ the sequel to this year’s hit action adventure movie ‘Divergent,’ has begun in Atlanta, Lionsgate has announced. The follow-up will once again feature the original film’s stars, including Shailene Woodley, Theo James and Kate Winslet.

‘Insurgent’ will be released theatrically in North America on Friday, March 20, 2015, through Lionsgate’s Summit Entertainment label. The film, which is being directed by ‘RED’ helmer Robert Schwentke, was penned by ‘Jane Got a Gun’ writer Brian Duffield and ‘I Am Legend’ scribe Akiva Goldsman. The sequel is based on author Veronica Roth’s New York Times best seller of the same name.

The following synopsis for ‘Insurgent’ has been released by Lionsgate has released:

‘Insurgent’ raises the stakes for Tris as she searches for allies and answers in the dystopian ruins of a futuristic Chicago. Tris (Woodley) and Four (James) are now fugitives on the run, hunted by Jeanine (Winslet), the leader of the power-hungry Erudite elite. Racing against time, they must find out what Tris’s family sacrificed their lives to protect, and why the Erudite leaders will do anything to stop them. Haunted by her past choices but desperate to protect the ones she loves, Tris, with Four at her side, faces one impossible challenge after another as they unlock the truth about the past and ultimately the future of their world.

‘Divergent’ has already grossed more than $260 million at the worldwide box office, making it Lionsgate’s highest-grossing domestic box office release outside ‘The Hunger Games’ and ‘Twilight’ franchises. The third and fourth installments in the series, ‘Allegiant – Parts 1 & 2,’ are slated for release on March 18, 2016 and March 24, 2017, respectively. 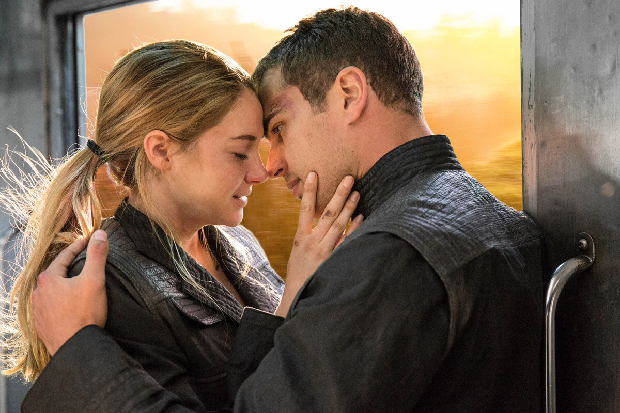