Harrowingly discovering and understanding another person’s true intentions and life plans, after investing a significant amount of time and emotions in your connection and relationship with them, is often a painful experience that’s difficult to comprehend and fully move past. That jarring realization that you can no longer consent to the other person’s devious plans and motivations is the intense motivation factor in the gripping, emotionally-driven new self-titled debut album from Ras Xix, which is now available.

The acoustic and progressive singer-songwriter-instrumentalist has traveled the world from Singapore to Columbia to Los Angeles and now Austin, Texas, in pursuit of the edgy diversity that is often associated with rock and electronica music. While the creative and pulsating rhythms of Ras Xix’s diverse instruments, from the guitar to the bass to the drums, enticingly draw listeners in the beginning of every song, the musician skillfully knows how to maintain interest with his intensely descriptive explanations of his versatile emotions.

The most memorable and powerful song on ‘Ras Xix’ is the genuinely realistic ‘If it’s Gone.’ The song offers a unique blend of bass and rhythm guitars with an authentic vulnerability in the musician’s voice. He powerfully sings about not feeling the need to run from the truth of his feelings, as he has come to embrace what he truly wants in his life. He recognizes that he wants to continue in his relationship, even though the other person has begun to subtly drift from him emotionally. While he knows his true thoughts about the other person, he’d rather hear their bond is over than unjustly continue in their relationship.

The similarly gripping ‘Simulacrum,’ which features a subdued guitar and rock sound, also painfully explores the realization that the past, particularly the attraction between both people in the relationship, is indeed fading. While exploring their bond, they’ve come to truly understand each other’s intentions, and realized their reality and plans are different than how they both have envisioned. They have to learn to cope with the guilt they feel over the plans they’ve created with each other, which will never materialize.

While Ras Xix featured an upbeat rhythm and lead guitar in the dynamic ‘Over,’ the song featured a strikingly drastic message in its lyrics. The musician also emphasized the relatable emotion of pondering whether you have fully moved on from the other person in your relationship. While realizing the other person won’t listen to you opinion should help make you move past the separation, the musician singing about their life plans, which were made in vain, is powerfully gripping and mesmerizing.

The equally illustrious ‘Nora 5’ and the album’s lead-in song, ‘Weightless With You,’ both humbly explore the ability to learn how to appreciate your life trajectory, and work to improve your relationship. Finding the strength to rely on the other person for help to become resilient in your goals, and the insightful measures to improve your life in order to better your relationship, are important messages of the album’s first two songs.

With its heartfelt rhythm guitars, Rax Xix expertly created a powerful message in ‘Nora 5,’ which alludes a similar sound to Hoobastank and Incubus. The musician powerfully relayed his intentions of breaking barriers down of all the grudges and misgivings that grew with separation from the other person in his relationship.

The talented and resourceful Ras Xix showcased his talents as a singer, songwriter, producer and musician with his self-titled debut album, which features a versatile range of beats, instruments and lyrics. Featuring melodic vocals that are driven by an emotional lyrical depth and insight, mixed with his skilled proficiency in production and heart-pounding and pulsating guitars, basses and drums, ‘Ras Xixo’ is a cunning acoustic, progressive rock and electronic album that surely rivals the sounds of the similarly sounding Incubus, Hoobastank and Jeff Buckley.

For more information on Ras Xix, visit his official website, as well as his Facebook and Twitter pages. Listen to ‘Ras Xix’ in its entirety below. 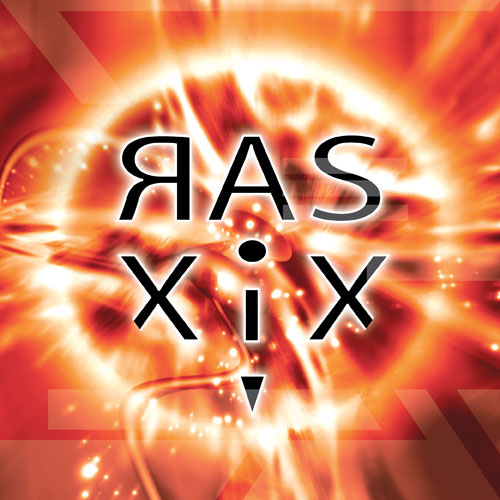