Comedic actor David Koechner shows a different side to himself while featured in a clip from the new horror thriller, ‘Crawlspace.’ The movie’s first clip, titled ‘Kill Scene,’ is the initial glimpse into the latest horror film from director Josh Stolberg, who co-wrote the script with Nick Taravella.

In the clip, the ‘Anchorman 2: The Legend Continues‘ star is featured as an exterminator who is treating a family’s crawlspace for a possible rodent infection. But instead of being scared of finding menacing rats, he instead is surprised to discover an ominous man who’s ready to attack him. While the exterminator fights back to protect himself, his attacker finds pleasure in stringing his victim up with a set of Christmas lights.

‘Crawlspace’ follows Kayla Gates (Raleigh Holmes in her first feature film role), a college student who reunites with her family for the summer to help them move into their new home. Her father, Tim (Jonathan Silverman), reveals they can afford their luxurious new home in a gated community because the bank he works for foreclosed on the previous family who lived there. While Kayla is upset her seemingly nice father would allow the bank to take another family’s home for their benefit, she feels better by spending time with her boyfriend, Derek (Paul James), and reconnecting with the rest of the family, including her mom, Susan (Lori Loughlin), and younger brothers, Shane (Sterling Beaumon) and Taylor (Xander Stolberg).

But the Gates don’t realize the father of the family who lived in the home before them, Aldon Webber (Steven Weber), is still living in the house’s crawlspace. He has become unable to deal with the struggles of the death of his young son and daughter in the backyard pool, which led to his separation from his wife. He refuses to leave the house, as a way to stay connected to his past life and not accepting responsibility for what happened. Knowing that Tim forced him into foreclosure, Aldon will stop at nothing to get his revenge.

‘Crawlspace’ is now available for download worldwide on Hulu Plus. Watch Koechner fight for his life in ‘Kill Scene’ below. 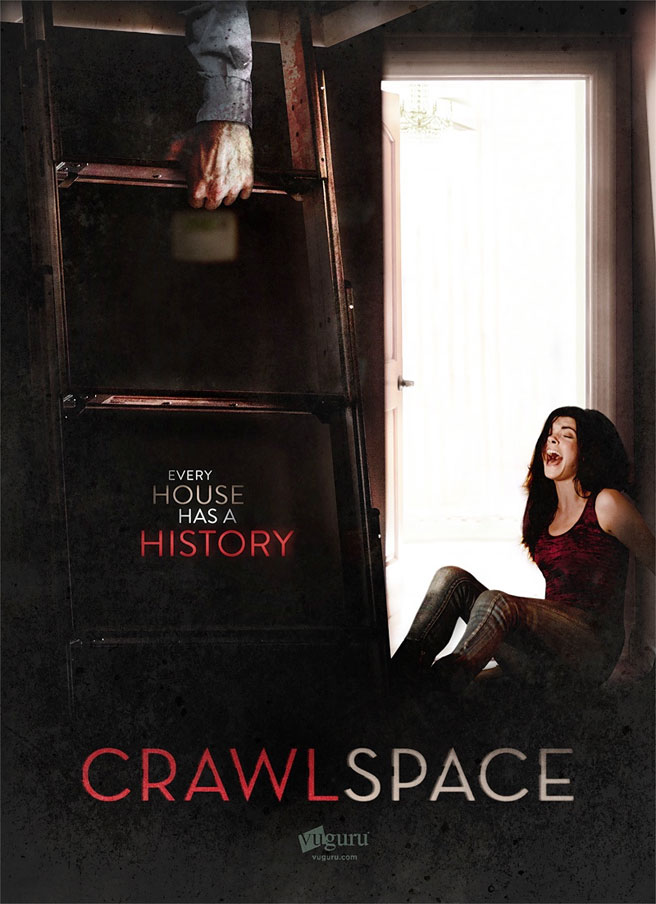