Title: White Bird in a Blizzard

Striving to leave your mark on the world and be appreciated for who you truly are as you mature into the person you want to be can be a gratifying, if not equally terrifying, experience for many people. But director Gregg Araki perfectly relayed that coming-of-age and personal discovery process in his new film adaptation, ‘White Bird in a Blizzard.’ The crime thriller, which is is based on the 1999 novel of the same name by Laura Kasischke, powerfully chronicles a teen who’s finally maturing and learning to fully embrace her true nature. But the process comes at the unfortunate expense of her emotionally tortured mother’s mysterious disappearance.

‘White Bird in a Blizzard’ follows Kat Connors (Shailene Woodley), a 17-year-old high school student who’s living in suburban Los Angeles in the mid-1980s, and is seemingly content with her life; she’s relishing her newfound sexuality with her new neighbor and classmate, Phil (Shiloh Fernandez), and is getting ready for college. However, her world is turned upside down when her seemingly beautiful and perfect homemaker mother, Eve (Eva Green), mysteriously disappears. Before she vanishes, her mother is haunted by her feelings of being forced to fit into society’s image of being a perfect mother and wife, therefore forcing Kat to live in an emotionally repressed household. After Eve fails to return home one day when Kat’s in school, the teen barely misses her mother’s absence. She instead vows to move forward with her life, through the help of her friends Beth (Gabourey Sidibe) and Mickey (Mark Indelicato), as well as her new therapist, Dr. Thaler (Angela Bassett).

While Kat’s father, Brock (Christopher Meloni), who she describes as being too complicit in trying to always please Eve, is distraught over his wife’s absence, the teen doesn’t initially want to dwell on her mother’s disappearance. She instead wants to focus on things that help revitalize her, including seducing the lead investigator on the case, Detective Scieziesciez (Thomas Jane).

After Kat accepts the fact that her mother will likely never come back into her life, the thriller jumps ahead three years, when the young protagonist returns home on a break from college. After receiving suggestive hints from the people in her life, as well as puzzling recurring dreams she has about Eve, Kat comes to realize that the truth about her mother’s disappearance is closer and more obvious than she ever realized.

As both a writer and director, Araki created an emotionally and visually compelling and introspective examination into how a broken family can truly shape a teen’s coming-of-age maturity. Through reflections of her mother’s tragic feelings of being imprisoned in her own house and family, Kat learns that she has to take charge of her own feelings and actions, if she wants to achieve the life she truly desires. Through the surrealistic dreams Kat has of her mother, in which Eve’s drifting away from her daughter, as well the take-charge perspective Kat begins to exude, ‘White Bird in a Blizzard’ smartly intertwines Eve’s missing person case with Kat’s coming-of-age journey, to create a truly relatable protagonist and story.

Through her portrayal of Kat, Woodley perfectly exuded and emphasized the fact that adolescence is a drastic time of change and transition. The actress enthralling played the edgy protagonist as initially being relieved that she no longer has to contend with her mother’s harrowing intrusions into her relationships, and the fact that she can now start forming some semblance of a stable life. While Kat’s parents were determined to try to pretend like their relationship and life together was perfect during the majority of their marriage, the Golden Globe-nominated actress brilliantly emphasized how the underlying tension between Eve and Brock influenced her character’s views on emotional connections.

Besides the gripping emotional story Araki adapted for the screen, and the enchanting performance given by Woodley as she portrayed how a lack of trust can damage relationships, the thriller’s production designer, Todd Fjelsted, also helped showcase how a person’s surroundings can influence their actions and perspectives. Having previously worked with on the director on his 2010 sci-fi comedy, ‘Kaboom,’ the designer effortlessly infused the sets of ‘White Bird in a Blizzard’ with powerful reflections of the characters’ relationships. The Connors’ home, for example, is always kept immaculately clean, even after Eve’s disappearance, in order to maintain the image that they have the perfect suburban lifestyle and family. The seemingly perfect home is a stark contrast to Detective Scieziesciez’s small, cramped apartment, which is filled with more ragged and impersonal furniture. The lack of true pride in his home and belongings highlight the fact that he doesn’t hold personal relationships as dear as Kat, which is a tempting perspective for her as she tries to numb the pain of losing her mother.

While suspense thrillers and missing person cases routinely offer alluring insights into people’s true personalities and relationships, using that mystery as a backdrop for an intriguing coming-of-age perspective into a teen’s maturity is even more captivating. Araki smartly adapted Kasischke’s book for the screen through Kat’s daunting point-of-view of how families and relationships are supposed to function, as opposed to their truly jarring realities. The introspective and haunting examination of a broken American family that’s desperate to once again confirm to the archetypal suburban values enforced by society was brilliantly brought to the screen by Woodley’s provocative performance. Combined with Fjelsted’s clear understanding of his frequent collaborator’s direction and ideas on how to best execute the film, which he enthralling brought to the screen through his endearingly realistic sets, ‘White Bird in a Blizzard’ is a grippingly stunning introspective on how teens and young adults learn how to best cope with challenges in their lives. 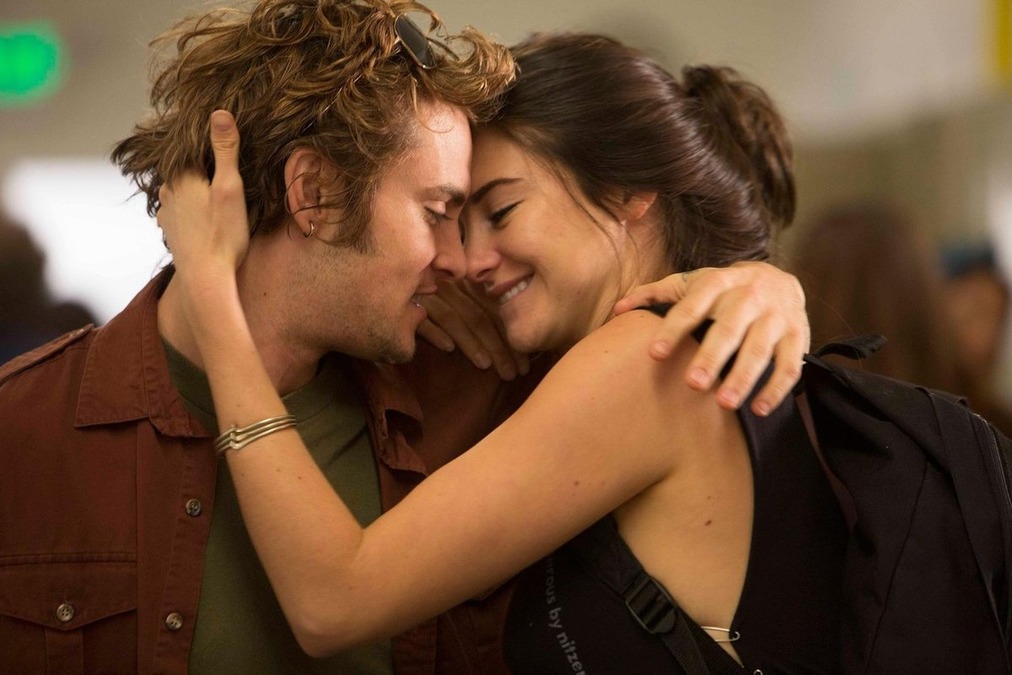