The struggle of determining whether a person’s life is important enough to try to save has been one of the intriguing major conflicts that has plagued AMC’s hit horror series, ‘The Walking Dead,’ throughout its Emmy Award-winning series run. That battle continues as Anchor Bay Entertainment is set to release the zombie horror’s complete fifth season on home video on August 25. The show’s Blu-ray + Digital HD and DVD will emphasize the season’s major story arc of Beth’s kidnapping and the group’s efforts to get her back. The home release will include a deleted rooftop scene from Episode 508, ‘Coda,’ and a new bonus feature, ‘Beth’s Journey.’

Each five-disc set will present all 16 episodes from ‘The Walking Dead’s fifth season. Following the tradition of the previously released seasons, ‘The Walking Dead: The Complete Fifth Season’ includes three hours of bonus features that give viewers another inside glimpse into creating the fallen world of the Walkers and the souls brave, and crazy, enough to attempt survival.

Watch the ‘The Walking Dead: The Complete Fifth Season’s deleted rooftop scene from ‘Coda,’ as well as ‘Beth’s Journey,’ below. 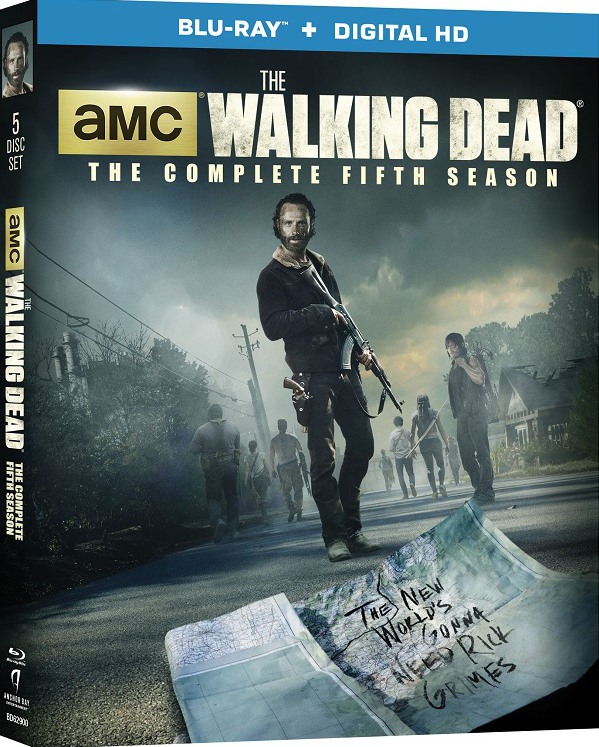 Cancel reply
DiCaprio To Be DEVIL IN THE WHITE CITY For Scorsese
Fox To Go Forth With FANT4STIC 2. World Wonders Why.
To Top