Single: Take Me Home For Christmas

Heedlessly rebelling against the expectations placed upon you by society and your family is an enticing prospect that many young adults happily embrace as they strive to determine what direction they want to take their lives. Phil Collen, who is most well known for garnering success during the 1980s and early 1990s as the lead guitarist of Def Leppard, initially connected with fans who wanted to embody that carefree sense of revolution through his rock music. But the musician is alluringly emphasizing his audience’s natural progression towards maturing with his latest band, the blues, funk and soul-inspired Delta Deep. The group’s latest single, ‘Take Me Home For Christmas,’ for which the musicians have released a lyric video, effortlessly highlights people’s changing desire to spend time with, and newfound appreciation of, their families.

Distributed after this past summer’s successful release of the band’s self-titled debut album, which debuted at #2 on the iTunes Blues charts, the lyric video for Delta Deep’s ‘Take Me Home For Christmas’ is a sultry, vulnerable and revealing examination into what it means to truly appreciate your family. The video initially begins with the song’s lyrics appearing against a microphone and black background, which are sensually sung by Debbi Blackwell-Cook, who, besides Collen, serves as the folk band’s lead singer. She passionately wishes everyone a Merry Christmas in her soulful, R&B-infused vocals, and also emotionally notes that everyone needs love.

After emotionally singing a cappella for the track’s initial 30 seconds, Blackwell-Cook’s captivating vocals are then enthralling backed by soothing jazz-infused guitars and percussion from Collen and their fellow bandmates, Robert DeLeo and Forrest Robinson. The video powerfully highlights the group’s emotional vocals and instrumentals by showing affectionate photos of the four members. As the female vocalist then chronicles the joy of embracing the Christmas spirit with friends, family and the community, sentimental city snapshots of people walking and driving in the snow are beautifully shown. As she then enthrallingly notes that she appreciates making it home to spend time with the people she loves, cheerful photos of Delta Depp flash onto the screen.

While young adults often wish to explore the world around them on their own, and not feel pressured to take on their family’s expectations until they fulfill their own goals, along the way they often garner the cultural insight and intelligence to eventually fully appreciate their relatives’ support. Delta Depp’s new single, ‘Take Me Home For Christmas,’ as well as its accompanying lyric video, intriguingly feature Blackwell-Cook’s soothing vocals and lyrics about people learning to enjoy being with their loved ones, as they reflect on, and learn, what it means to be a family. Combined with the skilled and diverse guitars of Def Leppard alum Collen, as well as DeLeo, and the enticing percussion of Robinson, the endearing blues-American roots-soul-rock infused track will surely make listeners want to go home for Christmas, and once again embrace and appreciate their family’s holiday traditions.

For more information on Delta Deep, visit the group’s official website and Facebook page. Watch the blues band’s lyric video for ‘Take Me Home For Christmas’ below. 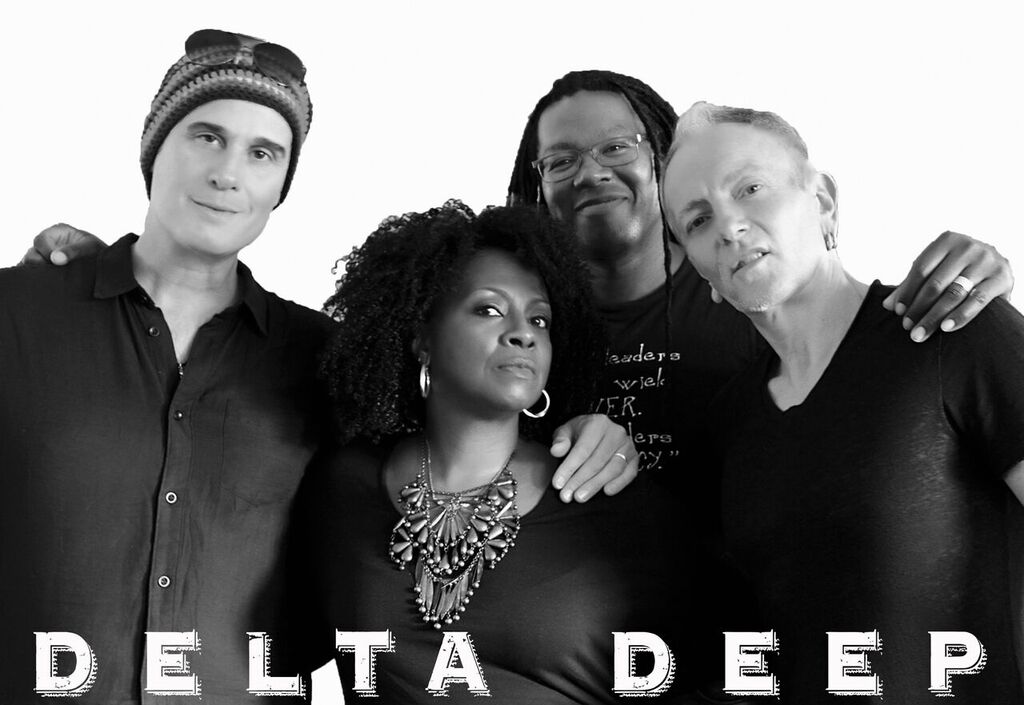