The glittering elite of St. Petersburg are driven with youthful ambition to find meaning in their lives in the new eight-episode miniseries, ‘War & Peace.’ The British-American historical period drama television serial, which was first broadcast on the UK’s BBC One, before it aired on A&E, Lifetime and History Channel in the United States, is set to be distributed on home release.

‘War & Peace’ will be distributed on Blu-ray and DVD by Anchor Bay Entertainment on May 10, for the suggested retail price of $49.99 and $39.99, respectively. The home release will feature all eight episodes of the miniseries, as well as several bonus features, including: ‘From Page to Screen,’ ‘The Read Through,’ ‘Making the Music,’ ‘Count Rostov’s Dance,’ ‘Rundale Palace’ and ‘What is ‘War & Peace?’

The critically acclaimed mini-series stars Paul Dano, Lily James, James Norton, Gillian Anderson and Brian Cox. ‘War & Peace’ was directed by Tom Harper, and its script was adapted by Andrew Davies, who based the story on the celebrated 1869 novel of the same name by Leo Tolstoy.

Made by BBC Cymru Wales Drama, in partnership with The Weinstein Company and BBC Worldwide/Lookout Point, ‘War & Peace’ is a classic production of one of the most famous stories of all time. Set in 1805, the story introduces Pierre (Dano), Natasha (James) and Andrei (Norton), who are all part of St. Petersburg’s glittering elite. The kind-hearted but awkward Pierre, who’s the illegitimate son of Russia’s richest man, wants to change the world for the better. Handsome and gallant Andrei, frustrated with the superficiality of his life, seeks a purpose, while the beautiful and spirited Natasha is searching for true love. At the same time, Napoleon’s army edges ever closer to Russia’s borders. As everything they thought they knew is questioned, Pierre, Andrei and Natasha find themselves in a time when Russian society is about to change forever. 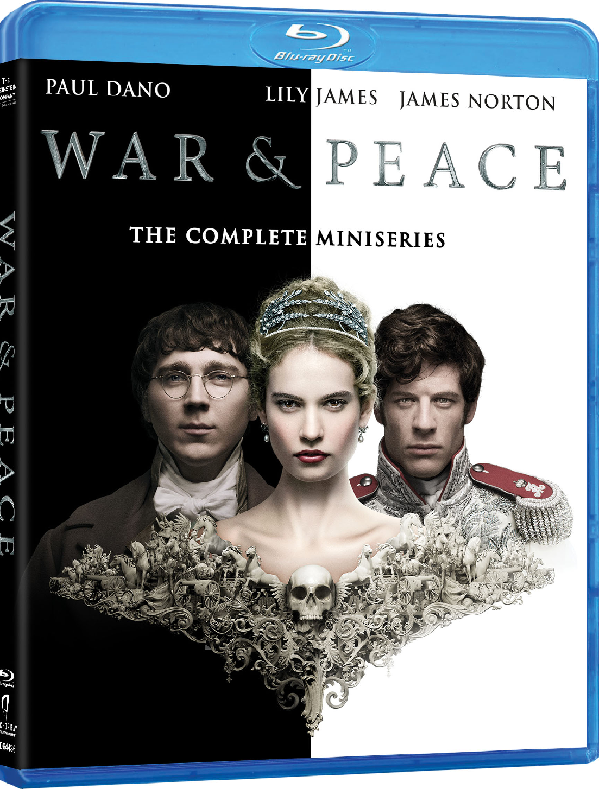