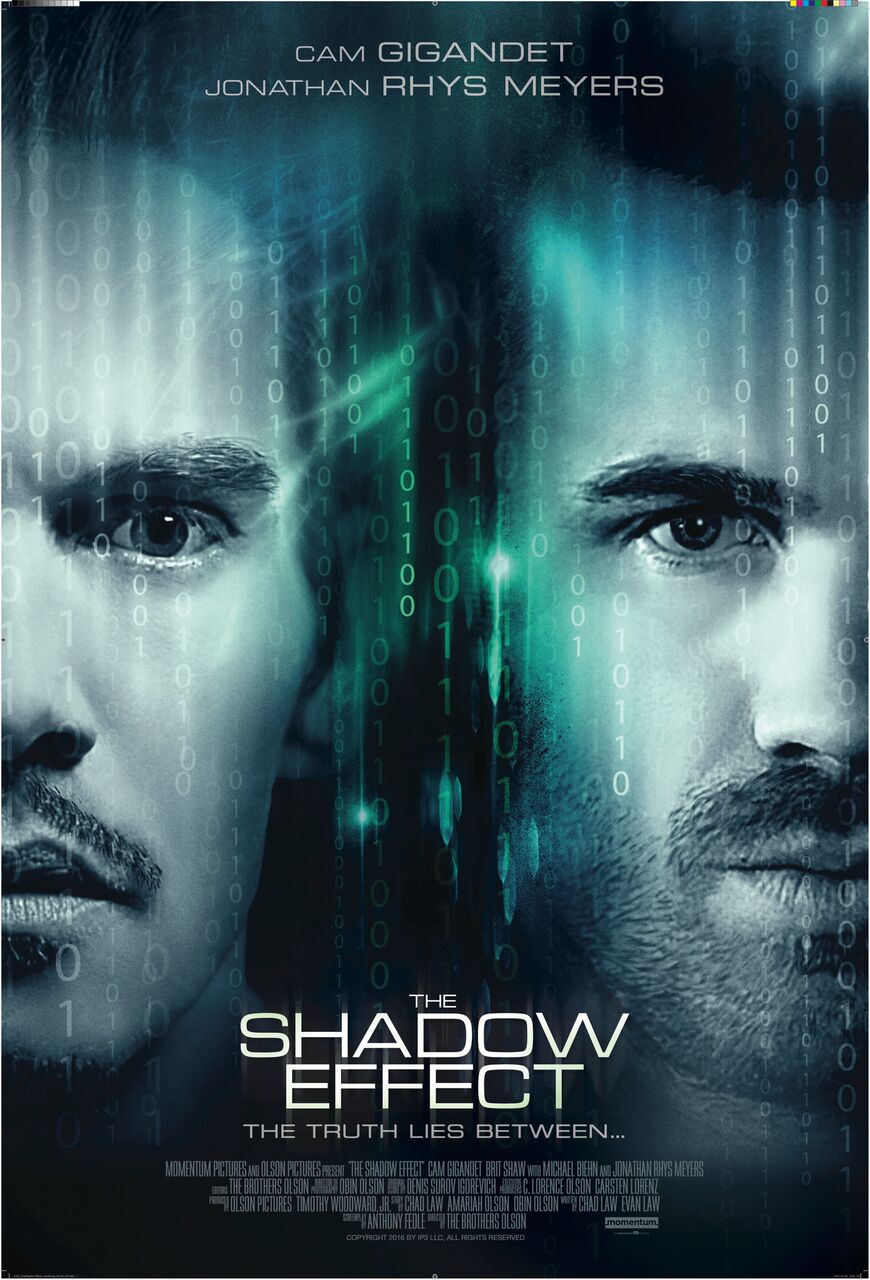 Battling the false perceptions of what the public thinks about you in times of crisis is a powerful and life-altering journey for many people. The protagonist in the new sci-fi movie, ‘The Shadow Effect,’ is one such person who’s forced to prove his innocence and protect his good name against distorted accusations and deceitful beliefs.

The emotional and action-driven drama is now available On Demand, Digital HD and DVD from Momentum Pictures. ‘The Shadow Effect’ was co-directed and produced by brothers Obin Olson and Amariah Olson, who are frequent filmmaking collaborators. The duo expertly and chillingly adapted the thriller’s script, which was written by Chad Law, Evan Law and Tony Feole, for the screen.

‘The Shadow Effect‘ follows Dr. Reese (Jonathan Rhys Meyers), who’s obsessed with gene regeneration, and fascinated by the phenomenon of the waking dream. So he explores the psyche of Gabriel Howarth (Cam Gigandet), a young man whose life is turned upside down when his violent dreams begin to blend with reality.

When Gabriel’s dreams mirror political assassinations, he must race against the clock to not only save himself and his wife, Brinn (Brit Shaw), but also stop an experimental government program. With time running out, and Gabriel and Brinn being pursued by Sheriff Hodge (Michael Biehn), only Dr. Reese holds the key to unlocking the truth.

The filmmakers generously took the time recently to talk about co-directing ‘The Shadow Effect‘ during an exclusive phone interview. Among other things, they discussed that they decided to cast such actors as Gigandet, Meyers and Biehn because they’re drawn to working with authentic performers who are naturally able to adapt to their characters, no matter what conflicts they’re faced with in the story. The filmmakers also mentioned how the daily circumstances that they’re faced with while they’re making a movie, such as the locations where they’re shooting, will influence the visual way they convey the messages in the scenes they shoot.

ShockYa (SY): Together, you co-directed the upcoming action film, ‘The Shadow Effect.’ What was it about Chad Law, Evan Law and Tony Feole’s script that convinced you both to take on helming the drama?

Obin Olson (OO): We’ve been co-directing together for about 15 years. We’ve made a lot of commercials together before we decided to make films together. ‘The Shadow Effect’ is our third film together. When we decide to make a movie together, we basically option a script.

Amariah Olson (AO): After working on our previous films together, which are lighter in nature, we wanted to find a script that was more elevated. We had been aware of Chad Law’s writing for some time, especially this script. We felt this script had interesting and psychological layers that we could easily market, so we decided to greenlight the project and put it into production.

SY: ‘The Shadow Effect’ features a diverse cast, including Jonathan Rhys Meyers as Dr. Reese, Cam Gigandet as Gabriel and Michael Biehn as Sheriff Hodge. What was the casting process like for the main characters?

AO: I think we’re always looking for authentic people for the roles. To be able to work with Michael Biehn, Cam Gigandet and Jonathan Rhys Meyers was a great experience, and they all brought so much to their roles. I think once we got everyone on board, and they all started working on their performances, everything went pretty well.

SY: Once Cam, Michael, Jonathan and the rest of the actors were cast in their respective roles, were you able to have any rehearsal time with them, in order to build their characters’ backstories and relationships?

OO: Due to the scheduling on the film, we didn’t have much time to rehearse. But with actors like Cam and Jon, they’re true professionals, and they always arrived on the set prepared and ready. It is nice to be able to have rehearsals sometimes, because someone may come up with an idea that wasn’t originally in the script. But at the same time, when you don’t have rehearsals, you may be able to capture some natural energy that you wouldn’t have had if you over rehearsed a scene.

We really liked Jon’s performance-he brought an intelligence to things that really elevated his role. We really enjoyed working with him.

SY: Since ‘The Shadow Effect’ follows Gabriel and Brinn on the run from both Dr. Reese and Sheriff Hodge, did you film on location. If so, how did shooting in real location influence the way you approached directing the action thriller?

OO: We mainly shot on location. We spent a few months before principal photography began just figuring out where we were going to shoot the movie. We decided to film in Georgia, particularly around Atlanta, so that everything looked authentic.

AO: We put a team together, and they spent long authors hunting for the perfect locations. It was a lot of work. But at the end of the day, since we put that work in, we found really nice locations that are authentic, since they’re not on the set, and they’re actually in the real world.

SY: In addition to helming movies together, you have both also worked as cinematographers, including on your last directorial effort together, the 2015 action thriller, ‘Operator.’ What is the process of relying on your cinematography experience to help you determine how you visually want to showcase your stories on screen, especially within the action genre?

OO: We’ve actually both worked as cinematographers on some of our past films, so we really work together to come up with the best camera angles. The way that we do that now is that each day we’re filming, we’ll walk through our locations and do the blocking with the actors. That helps us find our camera angles and lighting. So we don’t spend a lot of time working on the cinematography when we first get the scripts, because things change when you’re in production.

SY: In addition to directing the action film, you both also served as producers. Why did you both decide to also produce the thriller, which was made independently? Does making a movie independently influence the creative process on the set?

AO: It’s a bit challenging being both the executive producer and director. Since this film was a little bit bigger than some of our past movies, we decided to hire a production manager to fill in the gaps, and make sure that everything we needed was being taken care of on the set. We did some line producing and executive producing, but our unit production manager and producers truly took over the most of the producing duties.

OO: Producing and making movies independently is all we’ve ever known. It does pose some challenges. We try to make every movie unique, and strike a balance between the creativity and the commercial aspects of the script.

SY: Momentum Pictures (released) ‘The Shadow Effect’ On Demand, Digital HD and DVD on May 2. Why do you feel that VOD is a beneficial platform for independent films like this one?

OO: We’ve built some good relationships with sales agents, and we worked together to figure out what the markets are looking for. We determined that the best way that the film could reach the biggest global audiences, particularly with the budget we had, was through the On Demand platform. We hope viewers around the world will enjoy the movie through Video On Demand.

Cancel reply
Get Out of Danger and Conflict with Horror Thriller’s Blu-ray Giveaway
Luke Hemsworth Escaping Past as an Outlaw in Hickok Official Trailer, Poster and Stills
To Top