Actor Jon Tenney is struggling to maintain his grip on reality when the ghosts of his past come back to haunt him in his new thriller, ‘I See You.’ In honor of the eerie movie’s upcoming release, the performer’s character’s secrets have begun to be exposed in the debut of its official trailer.

Saban Films has released the following synopsis for ‘I See You’:

When a 12-year-old boy goes missing, lead investigator Greg Harper (Tenney) struggles to balance the pressure of the investigation and troubles with his wife, Jackie (Hunt). Facing a recent affair, great strain is put on the family that slowly gnaws away at Jackie’s grip on reality. But after a malicious presence manifests itself in their home and puts their son, Connor (Lewis), in mortal danger, the cold, hard truth about evil in the Harper household is finally uncovered.

For more information on ‘I See You,’ visit the drama’s Instagram page. 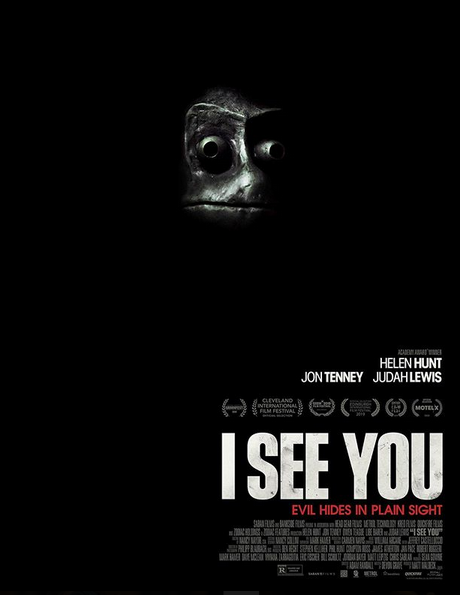 Saban Films has released the official trailer for director Andrew Schuth's thriller, 'I See You,' which stars Helen Hunt.