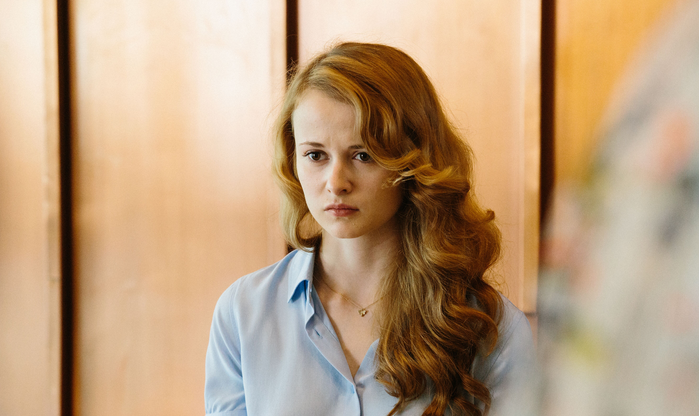 Actress Shannon Tarbet is struggling to overcome her selective perception, and see what’s right in front of her, in the official trailer for her upcoming comedy-drama, ‘Love Is Blind.’ Her character, Bess Krafft, only sees what she wants to witness, when she wants to see it, in the film, which is set to be released in theaters and on Digital and On Demand on November 8, courtesy of Uncork’d Entertainment.

In addition to Tarbet, ‘Love Is Blind’ also stars Aidan Turner (‘The Man Who Killed Hitler and Then The Bigfoot,’ ‘The Hobbit’ franchise), Benjamin Walker (‘Jessica Jones,’ ‘In the Heart of the Sea’), Matthew Broderick (‘Better Things,’ ‘The Producers’) and Chloë Sevigny (‘The Act,’ ‘The Dead Don’t Die‘). The movie was co-directed by Monty Whitebloom and Andy Delaney (‘Polarbearman’), and written by by Jennifer Schuur (‘Big Love,’ ‘The Catch’).

‘Love Is Blind’ is a funny and irresistible story of a young girl who literally cannot see or hear her mother, even though she is living with her under the same roof. With the help of an eccentric psychiatrist, and a local, accidental hero, the heroine has to grow up, but falls in love and eventually takes hold of her future, despite not being able to see what’s right in front of her.