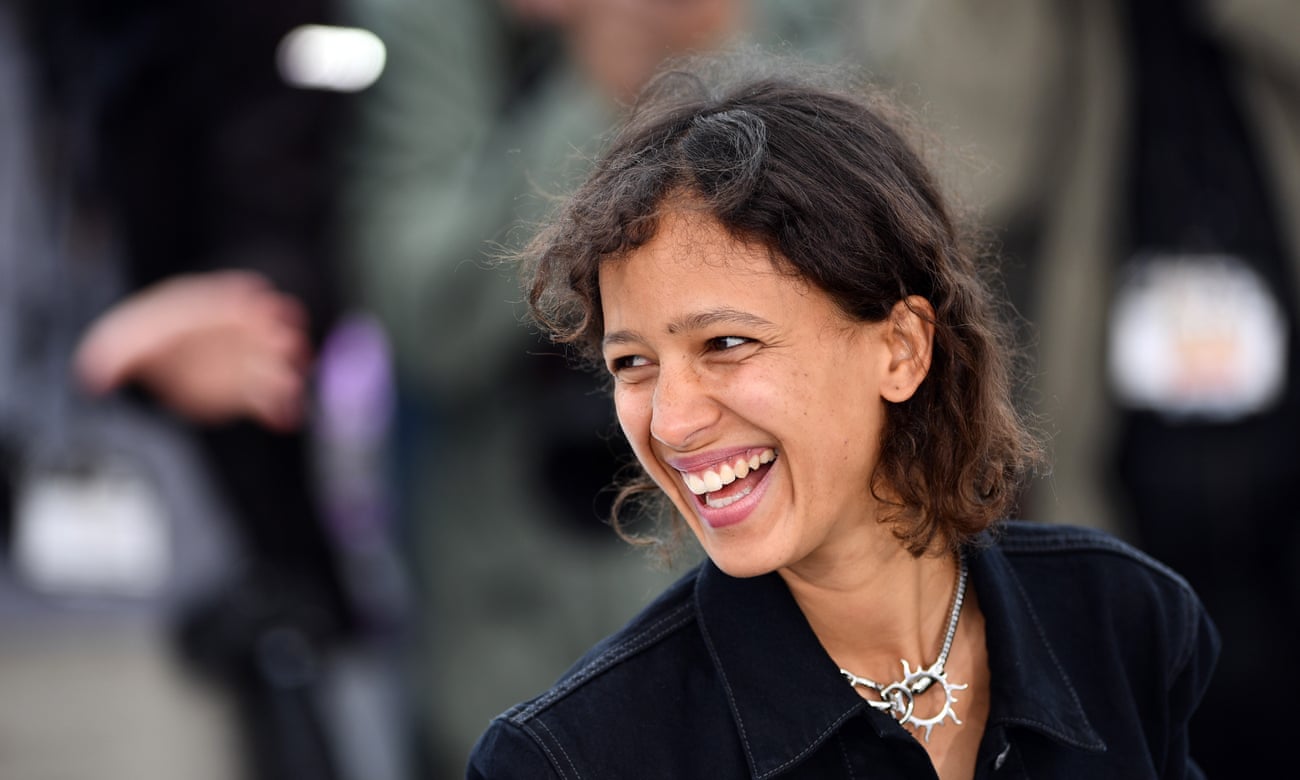 Crafting a poetic and thoughtful journey for complex, multi-faceted characters who are struggling with real-world issues is a powerful pilgrimage for any filmmaker. But the process is even more imperative for emerging helmers, such as up-and-comer Mati Diop. After previously working as an actress and cinematographer, she has made her feature film directorial debut on the new drama, ‘Atlantics.’

Diop, who also co-wrote the script for the movie with Olivier Demangel, infused the socially relevant and complex narrative with political issues that are simmering beneath the surface around the world, particularly migration. ‘Atlantics’ enhances the portrait of those dreaming of a better life, as its plot offers an evocative and stunning study of how love and loss haunts everyone.

Set along the Atlantic coast of the West African country, Senegal, ‘Atlantics’ follows the building of a soon-to-be-inaugurated futuristic tower that will loom over a suburb of Dakar. Seventeen-year-old Ada (Mama Sane) is in love with Souleimane (Ibrahima Traore), a young construction worker. But she has been promised to marry another man, who’s part of a rich family.

One night, Souleimane and his co-workers disappear at sea. Soon after, they come back to haunt their old neighborhood by taking possession of the girlfriends they left behind. Some of the workers have come claiming revenge and threaten to burn the tower down if the developer doesn’t pay the wages they’re owed to their girlfriends. But Souleiman has come back for Ada, so they can be together one last time.

‘Atlantics’ had its North American premiere on September 9 at the Ryerson Theater in Toronto, during this fall’s Toronto International Film Festival (TIFF). During TIFF, Diop was honored with the inaugural Mary Pickford Award for outstanding female talent at the Tribute Gala.

The North American premiere of ‘Atlantics’ at TIFF comes after the drama landed in this year’s Cannes Competition, where it won the festival’s Jury Grand Prize. The honor made Diop the first Black woman to win an award in the French festival’s 72-year history. Following the completion of its festival run, the movie is now being released in select theaters today, and then on November 29 on Netflix.

Diop generously took the time to sit down for an exclusive interview at Toronto’s Shangri-La Hotel the day after ‘Atlantics’ premiered at TIFF. Among other things, the writer-director discussed that she was driven to write the script for the film because she wanted to talk about Senegal’s migration situation from an existential perspective. She also mentioned that she appreciated having the opportunity to share such an internationally important story with Western culture at TIFF.

ShockYa (SY): You co-wrote the script for the new drama, ‘Atlantics,’ with Olivier Demangel. What was your inspiration in penning the screenplay for the movie?

Mati Diop (MD): I wanted to tell this story, in order to talk about the migration situation of Senegal from 2000-2010, from a more existential and sensitive perspective and approach. I also wanted to tell the story from the point-of-view of the one who stayed. Migration is the social, political and economical situation that I wanted to mainly write about in the story. I really tried to capture the complexities and contradictions of the situation.

SY: The film features a strong sense of the struggles that women experience in Senegal. Why was it important to you to include those conflicts in the plot?

MD: I think the female point-of-view was less important to me than accepting the fact that some of the characters are no longer here. The loss isn’t for the one who left, but for the one who stayed. So I thought this was the best place to talk about that, and what’s left after they’re gone. I wanted to talk about the consequences of their disappearance.

Since I’m a woman, it was also very natural for me to make my first feature about a young woman as she’s passing from her adolescence to adulthood. I feel that most of the time, a first feature is a portrait of the filmmaker…and it allows them to tell their story.

SY: ‘Atlantics’ also features a supernatural element, as Souleiman’s fellow construction workers come back to haunt their old neighborhood by taking possession of the girlfriends they left behind. Why was it important to you to include those paranormal conflicts in the plot?

I also thought it was interesting to include the possession element, because these girls are being possessed by the spirits of the boys they loved. These boys lost their own freedom during their lives, because they were possessed by another culture.

MD: For me, there’s not really a difference (between the two mediums). I’m an author and director, and have always written my films. This is a very personal film, and was made in collaboration with many different people at different steps of the filmmaking. But it’s all cinema, so you’re engaged from the very beginning to the very end.

SY: ‘Atlantics’ features a diverse cast, including Mama Sane?, in the lead role. What was the cast process like for the drama?

MD: Many of the characters are very young, so I knew that I was going to find the actors through street casting. I found non-professional actors in real places, which was extremely challenging, because they would have to do serious work. So I had to make them actors, and turn them into my characters. It took awhile-seven months-to find the right actors to play all of the characters, particularly Mama Sane (for the role of Ada).

SY: The movie just had its North American premiere last night here at TIFF. What has the experience of showing ‘Atlantics’ here in Toronto during the festival been like?