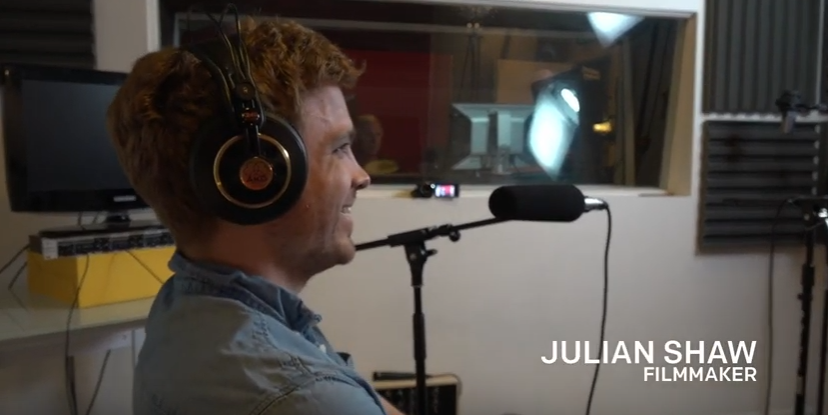 Writer-director-actor Julian Shaw appears in an exclusive clip from the thriller, ‘Use Me.’

People often form an image in their minds of who a public figure is, and as an award-winning documentarian, it’s Julian Shaw job to find the proof of that representation. The writer-director is sharing his journey of discovering the darkest parts of himself when he turns his camera on Ceara Lynch, a beautiful woman who humiliates men for money, in his new drama, ‘Use Me.’

In honor of the thriller’s upcoming release, ShockYa is debuting an exclusive clip from ‘Use Me,’ which features the ambitious Australian filmmaker as he speaks with movie critic Dov Kornits. Shaw explains to Kornits who Lynch is, what she does for a living and why he was drawn to make a feature about her.

‘Use Me’ will be distributed on Blu-ray, DVD, Digital, VOD and On Demand this Tuesday, November 26 by Gravitas Ventures. The official release comes after the drama won the Grand Jury Prize at this year’s Sydney Underground Film Festival and Best Editing at the Brooklyn Film Festival.

Lynch, the world’s most famous Mental Humiliatrix, is making her feature-length film debut in, and also served as an executive producer on, ‘Use Me.’ In addition to Lynch and Shaw, the thriller also stars Jaz lyn Yoder (‘A Dark Place,’ ‘ChicagoP.D.’), Joseph D. Reitman (‘Jay and Silent Bob Reboot,’ ‘Happy’) and Sarah Armanious (‘Fighting Season,’ ‘Cleverman’).

‘Use Me’ follows Shaw?(as himself) as he travels to the United States from Australia to direct a documentary about Mental Humiliatrix Ceara Lynch (as herself), who has successfully built a career as a leading star in the new niche of online sex work by humiliating men online without ever exposing herself or meeting them in person. Soon, Shaw develops feelings for his subject, but could it be that Lynch is blackmailing clients who trusted her with deeply personal materials? What was meant to be entertainment quickly becomes a matter of life and death.

Title
'Use Me' Clip
Description

ShockYa is premiering an exclusive clip from writer-director-actor Julian Shaw's thriller, 'Use Me,' which Gravitas Ventures is will release on Blu-ray, DVD, Digital, VOD and On Demand November 26.