David Arquette is fighting back against organized crime during the famed, prominent meeting between the leaders of the Mafia in 1957 in Apalachin, Upstate New York. The actor’s stance for justice is being highlighted in the upcoming movie, ‘Mob Town,’ which Saban Films is set to distribute in theaters and On Demand and digital this Friday, December 13.

In honor of the drama’s release, ShockYa is offering two lucky winners an iTunes code for the feature. To enter, email us at ShockyaGiveaway@aol.com. Let us know that you’re entering to win the ‘Mob Town’ iTunes code giveaway in the email’s subject line and message. You have until this Friday, December 13, the day of the movie’s release, to enter, and you can enter the contest once daily. On December 13, we’ll pick the winners at random, and notify them through email. Good luck!

‘Mob Town’ stars Arquette as Sgt. Ed Croswell, a local officer who attempts to take down the 62 mobsters who are attending the gathering. The movie also features Jennifer Esposito, Danny A. Abeckaser, genre veteran Jamie-Lynn Sigler (of ‘The Sopranos’), Robert Davi and PJ Byrne.

Filmmaker Danny A. Abeckaser made his second feature directorial effort on ‘Mob Town,’ which he also starred in and produced. The drama was written by Jon Carlo and Joe Gilford. 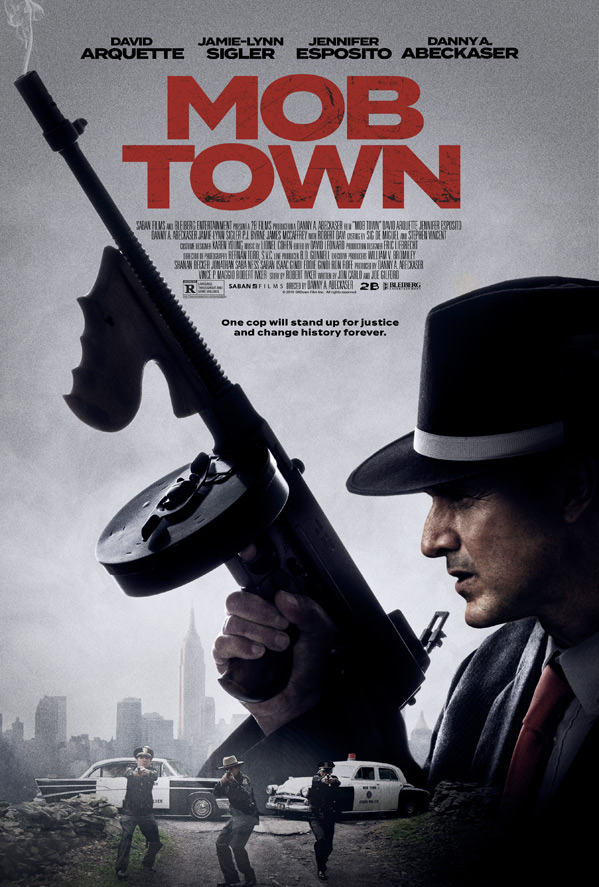