With the 2020 awards season now in full swing, ShockYa had the pleasure of sharing our thoughts on the best-and worst-movies from 2019 on the Strong Island Entertainment Network internet show, ‘Unger the Radar,’ last night. On the episode, which was hosted by Randy Unger, we were joined by fellow film critics, Chris Clemente and Rachel Kolb, to discuss our Top 10 picks.

We also talked about the features from last year that we all want to see, but haven’t had the chance to yet, as well as our worst picks. We then divulged the movies that we’re most looking forward to seeing throughout 2020. Among the films discussed in the best category were ‘1917‘ and ‘Once Upon a Time…in Hollywood,’ as well as the appeal of such original Netflix movies as ‘The Irishman’ and ‘Marriage Story.’ Meanwhile, ‘Godzilla: King of the Monsters’ and ‘Serenity’ made the worst list, while ‘Joker‘ left the panel the most divided. Other features that were discussed included the horror hits, ‘Ma,’ ‘Us’ and ‘Ready or Not.’

Strong Island Entertainment Network’s studios are located in Massapequa, on Long Island, New York. ‘Unger the Radar’ is broadcast live every Sunday night from 6-7pm ET on the networks’s Facebook page. For more information on ‘Unger the Radar,’ visit the show’s Facebook and Twitter pages. 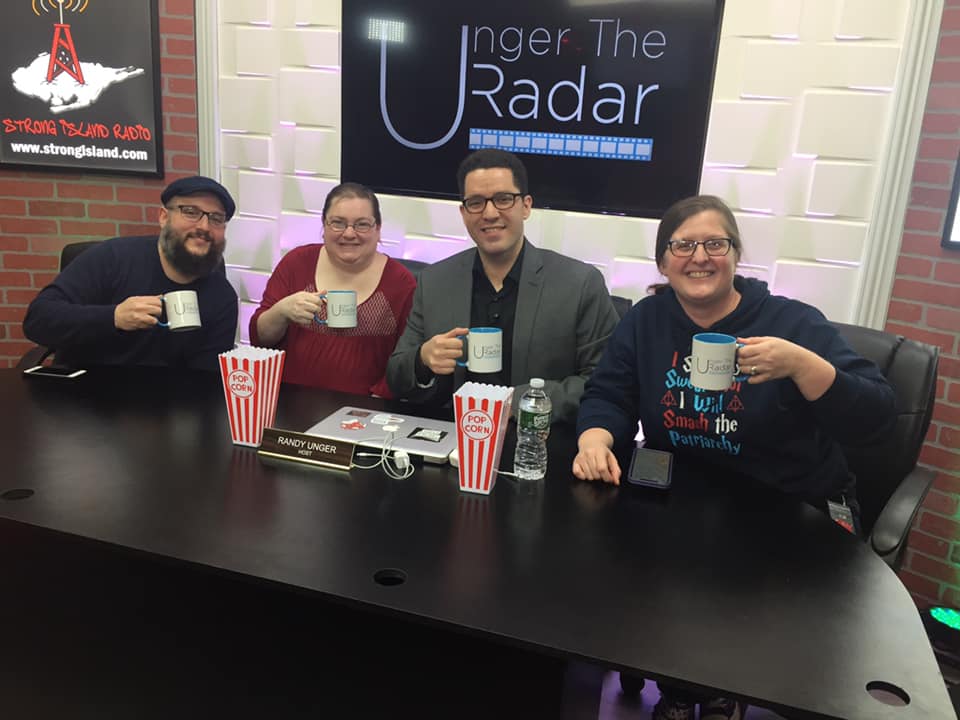 ShockYa was a guest film critic on the January 26, 2020 episode of Strong Island Entertainment Network's internet show, 'Unger the Radar,' to discuss the best and worst films of 2019.