Pondering what could be on the other side in many aspects of life can often lead to people having their minds race and unravel. That’s certainly the case for filmmaker Janina Javankar’s character in the new short film, ‘Stucco.’ In honor of the movie’s upcoming distribution, ShockYa is premiering four exclusive behind-the-scenes images from the project. ‘Stucco’ is set to premiere on Gunpowder & Sky‘s horror brand, ALTER, this Wednesday, March 11.

The following synopsis for ‘Stucco’ has been released:

J (Javankar) is trying and failing to move forward. While hanging a piece of art in her new home, she knocks a hole in her wall revealing what might be another room. Her mind races to think what could be on the other side as she continues to unravel, with the scars of old relationships keeping her trapped inside. 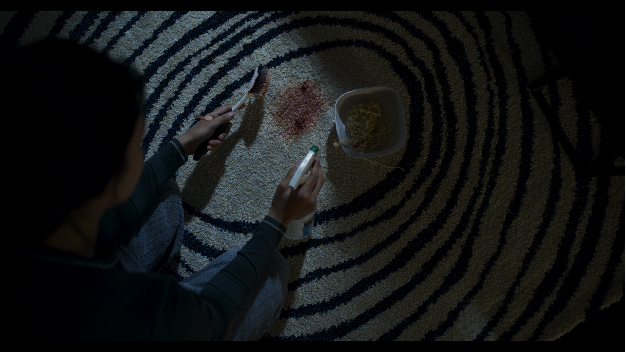 Aggregate Rating
no rating based on 0 votes
Product Name
'Stucco'