People often form a pre-conceived notion of how the relationships they form, and the situations they find themselves in, will play out, without having any experience or knowledge to justify their expectations. That’s certainly the case for both the main characters in the new horror thriller, ‘Into the Dark: Delivered.’ Both women have firm beliefs about how pregnancy and motherhood should, and will, be, but it isn’t until they form a truly personal relationship that they both realize how reality may not always live up to their expectations.

Producer Jason Blum‘s independent television studio, Blumhouse Television, crafted ‘Into The Dark,’ which is a monthly horror event series that’s inspired by different holidays. The feature-length installments include Blumhouse‘s signature genre-thriller spin in its stories. ‘Delivered’ is the latest entry in the anthology series, and serves as ‘Into the Dark‘s Mother’s Day episode.It was written by Dirk Blackman, and directed by Emma Tammi. The movie premiered on Hulu today, in honor of this weekends celebration of Mother’s Day..

‘Delivered’ showcases how first-time expectant mother Valerie (Natalie Paul) is still having trouble fully accepting her pregnancy and impending motherhood, despite the fact that she’s nearing her due date. Her doting husband, Tom (Michael Cassidy), however, is excited about their upcoming parenthood, and is fully engaged in his wife’s pregnancy.

Valerie’s outlook on becoming a parent improves slightly, however, when she and Tom meet another mom-to-be, Jenny (Tina Majorino), at their yoga class, which is tailored to expectant mothers. While Valerie is still a bit unsure about how she’ll fare as a mother, her new friendship with Jenny is helping her perspective on parenthood improve…until an unexpected turn in events makes her question the other woman’s true intentions and plans.

Tammi generously took the time recently to talk about directing ‘Delivered’ during an exclusive interview over the phone. Among other things, the filmmaker discussed how she was drawn to helm the latest ‘Into the Dark‘ episode in part because the screenplay not only structurally compared to ‘Misery,’ but also naturally highlighted the fear of pregnancy. She also mentioned how Paul and Majorino effortlesslly connected to their respective characters, and showcased the equal terror and vulnerability of the main characters.

Tammi began the conversation by explaining how she became involved in directed ‘Delivered.’ “I came on board after Blumhouse had already acquired Dirk Blackman’s script. I read it, and thought it was super fun and scary. It was a nod to one of my favorite films, ‘Misery,’ which it has some structural similarities to,” the filmmaker pointed out. “I liked the new twist on it, which highlights the fear of pregnancy, and thought that aspect was smart and interesting to dive into as a director.”

Casting the actors in the thriller, particularly Valerie and Jenny, was an essential process for Tammi as the helmer. “Both of the female leads in this film are going through difficult inner journeys, and are battling with these psychological challenges. So I thought it was exciting to get to see actresses who were going to be able to flex their muscles in different ways for all of the different facets for these characters,” she explained.

“With the Jenny character, it was going to be walking a tight rope of loveability and complete terror. That’s a really hard thing to turn on on a dime,” the filmmaker noted. “Tina completely nailed that part of the character. But we didn’t even get to see her in person at first; we initially saw her on tape, and freaked out. It was the first time that we could fully see the character embodied by an actress. She brought so much to the table, more so than I could have ever hoped.

“Natalie equally brought intense strength and vulnerability to her character of Valerie. She put on a brave face in the beginning of the film, and then an equally brave face at the end of the film, and goes through every range of emotions in the middle,” Tammi shared. “They were both on an incredible journey on their own, but the chemistry between them was fantastic.”

Once the cast, particularly Paul and Majorino,, joined the thriller, the director had little time to work with them to build their character arcs together. That was a result of the movie having “a really quick pre-production and production period. These ‘Into the Dark‘ episodes are films, in and of themselves, but they’re also operating on an episodic television schedule. So it’s an interesting hybrid” of a television episode and movie, Tammi explained.

“We didn’t have any rehearsal time together, and we shot the film in 16 days. So it was a testament to the actors that they were able to get into their roles as quickly and fully as they did,” the filmmaker gushed about the cast. “I really didn’t feel as though their acting processes suffered, even though we didn’t have that rehearsal time. That lack of time just meant that we were all discovering new things within the takes together. We all worked quickly to maximize what we were discovering, and made changes on the sly, which is really great.”

As the conflict arise throughout ‘Delivered,’ there are physical struggles between Jenny and the other characters, especially Valerie. Tammi then shared what the process of working with the cast to create the stuntwork and their physicalities for their roles was like. “The stuntwork was pretty minimal on this one. There were some scenes where we had some stunt help. Stunt days are always some of my favorite days; I think they’re fun and fascinating,” she admitted. “You have to coordinate the movements between the actors, stunt actors and the camera.

“We got to do some stuff around a car chase, which was super fun. We also got to do some stuff around a death scene, but no spoilers here!,” the helmer assured. “There was also some physicality that got ramped up towards the end of the film. Tina, Natalie and all of our cast members were so hands on in wanting to do as much as they could, and really did do most of it.”

In addition to the stuntwork and visuals that are featured in ‘Delivered,’ the score and sound design were just as vital in creating the story’s physical and emotional scares. Tammi also discussed what her experience of collaborating with the thriller’s composer, Ben Lovett, was like throughout production.

“Ben had also done the score for ‘The Wind,'” the 2018 horror western that marked Tammi’s feature film directorial debut, she noted. “I’m so lucky to have been able to work with someone in that space who I already had a language with. We, along with the sound designer, talked early on about how the sound design and music could elevate this particular episode.

“There are a lot of quiet moments, and the cast is small. The majority of the film is shot in a quiet location,” the filmmaker explained. “So that was a huge element of bringing the whole story to life, and enhancing the performances we had, as well as the look and feel of the story that we captured on camera. So the score was a huge, essential part of the filmmaking process…I feel so proud of the end product. I feel like everyone put their best foot forward.”

The movie is primarily set in Jenny’s quiet, secluded farm house, like Tammi mentioned. The experience of shooting the feature mostly in the lone location was another element that she appreciated. “We really lucked out with the house; it served as inspiration in so many ways. Due to the short schedule, we were able to make a couple of moves, so we have a couple of other locations, as well, particularly in the beginning of the film,” the director shared.

“But once we settled in the house, we were there for the ride. It was just within the L.A. zone; we were out there in Thousand Oaks…it was pretty excellent once we got there, to fully feel immersed in the world, and not really be influenced by our day-to-day lives,” Tammi also disclossed.

With ‘Delivered’ premiering this weekend on Hulu, the filmmaker cherished the experience of collaborating with the streaming service. “I’ve never felt luckier to be involved on a project that’s coming out on a streamer. I feel all of these platforms are part of our life-lines right now, just in terms of consuming content and staying connected with other people. I’ve used content that I’m streaming to lift me up,” she admitted.

“This is my first project with Hulu, and have had the best experience with them. I feel so lucky to have done something with them,” the helmer added.

Having Blumhouse Televisio serve as the production company for ‘Delivered’ was also something that Tammi appreciated. “I’ve worked with Blumhouse for several years now. We did a project together about the 2016 election, which was a documentary called ‘Election Day: Lens Across America,’ that came out on Epix. So all the Blumhouse folks feel like family at this point, and I can’t speak highly enough of them,” she shared. 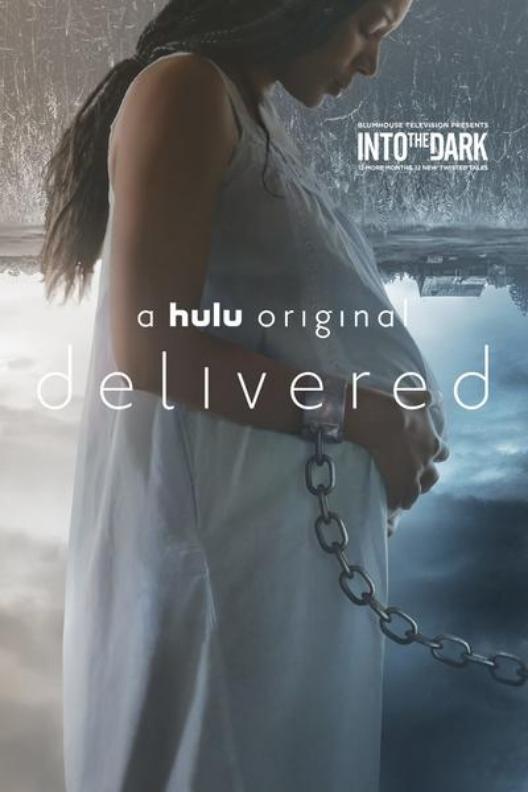