Actress Anya Taylor-Joy is on a journey to find her happy ending in this year’s critically acclaimed comedy-drama, ‘Emma.’ The performer’s quest in the British film, which was released in theaters this past May, is now available to witness at home, as Universal Pictures Home Entertainment has distributed the movie on Digital earlier this month. The home video distribution division of the American film studio is also unveiling the feature on Blu-ray and DVD today.

In honor of ‘Emma’s home release, ShockYa is offering one lucky winner a Blu-ray Combo Pack of the comedy-drama. To enter, email us at ShockyaGiveaway@aol.com. Let us know that you’re entering to win the ‘Emma’ giveaway in the email’s subject line, and include your mailing address in the message. You have until this Thursday, May 21, to enter, and you can enter the contest once daily. On Thursday, we’ll pick the winner at random, and notify them through email. Good luck!

‘Emma’ is the new movie adaptation of Jane Austen’s 1815 novel of the same name. The reimagination of the groundbreaking literary classic about love and redemption was written by Eleanor Catton, and directed by first-time feature film helmer, Autumn de Wilde. Besides Taylor-Joy, the comedy-drama also stars Johnny Flynn and Bill Nighy.

The Blu-ray, DVD and Digital bonus features for ‘Emma’ include deleted scenes and a gag reel. The home release also includes several featurettes, including ‘A Playful Tease,’ which brings viewers behind the scenes of the film with the cast as they share their experiences making the movie. The Blu-ray and Digital releases also include the exclusive featurettes, ‘Crafting a Colorful World,’ during which the cast and crew discuss the preserved locations, set dressing and authentic Regency costumes featured in ‘Emma;’ and ‘The Autumn Gaze,’ which offers an intimate look at de Wilde’s filmmaking process and her photographic eye. The movie’s home release also includes feature commentary with de Wilde, Catton and Director of Photography, Christopher Blauvelt 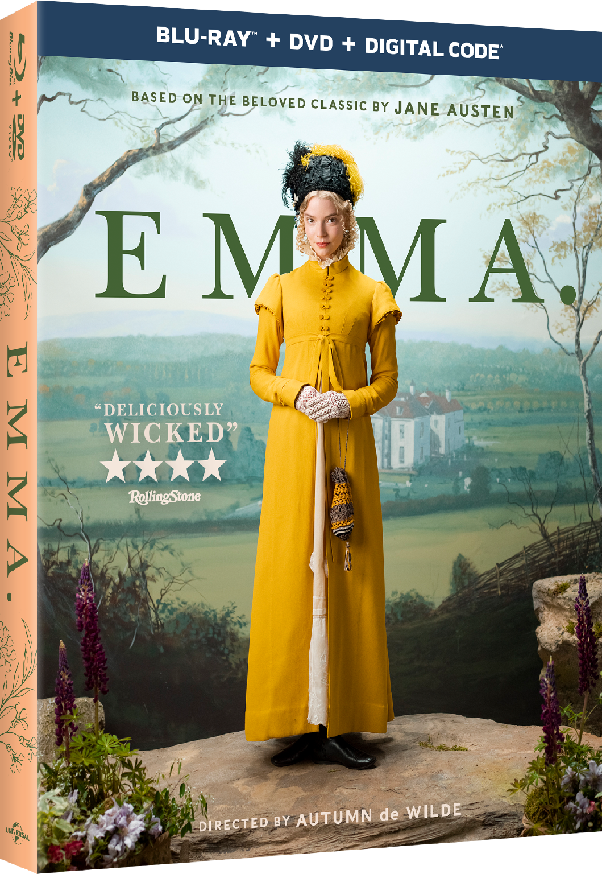