Crime is going viral in the current digital age, as Vertical Entertainment has unveiled the debut trailer and poster for its upcoming action thriller, ‘Infamous.’ Bella Thorne and Jake Manley are shown robbing their way across the southland in the film, which the distributor is set to release on VOD, Digital and in select Virtual Cinemas on June 12.

‘Infamous’ was written and directed by Joshua Caldwell. In addition to Thorne and Jake Manley, the crime drama also stars Amber Riley.

Vertical Entertainment has unveiled the following synopsis for ‘Infamous’:

Arielle (Thorne) is a down on her luck dreamer who longs for popularity. Dean (Manley) is an ex-con working for his abusive father. The two have an instant connection, and after the accidental death of Dean’s father, they are forced on the run. In an attempt to gain social media clout, Arielle livestreams their exploits and robberies, which gains them viral fame, but ultimately leads them towards a tragic ending. 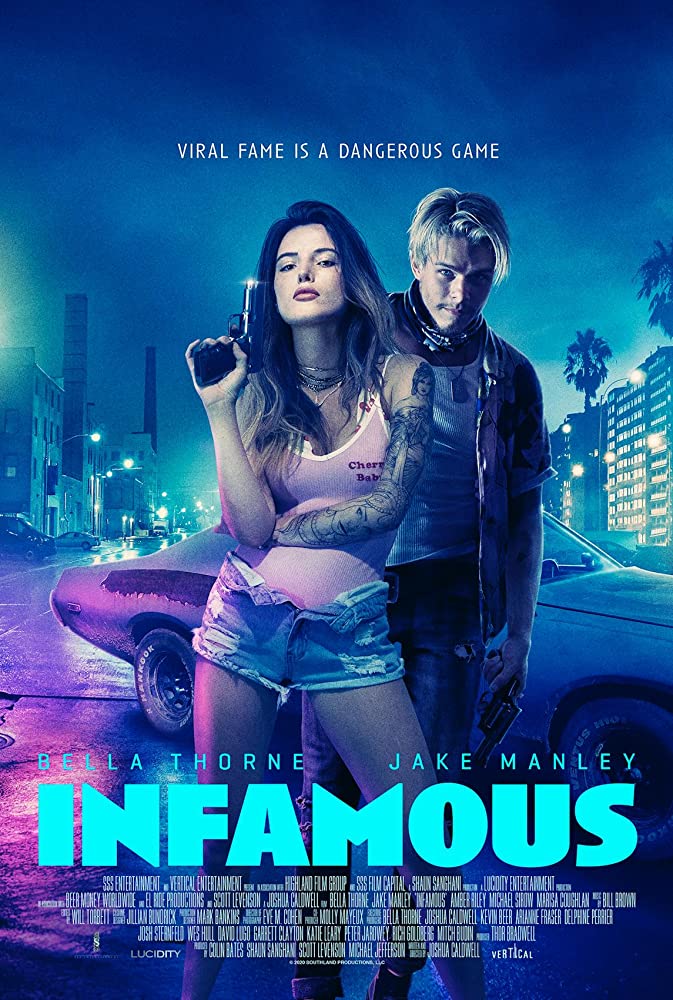