Many studios understandably wait to distribute many of their high-profile blockbusters during the busy summer season, in hopes of drawing attention from movie fans who want to relax in theaters with high buzzworthy fare. While the film industry is experiencing unprecedented changes in the way it has to distribute its projects this summer, due to the unfortunate outbreak of COVID-19, the world can still unite at home with the digital releases of some of summer 2020’s most anticipated titles. The upcoming summer months still promise to be the latest season set to release gripping, entertaining and memorable movies.

The summer 2010 film season is set to begin early, as IFC Midnight will distribute the horror movie, ‘The Wretched,’ on May 1, after it played at last year’s Fantasia Film Festival. The drama was written and directed by The Pierce Brothers (Brett Pierce and Drew Pierce, ‘Dead Heads’), and stars John-Paul Howard, Piper Curda, Zarah Mahler, Azie Tesfai, Jamison Jones and Kevin Bigley.

IFC Midnight has unveiled the following synopsis for ‘The Wretched’:

Following his parents’ separation, a rebellious teenage boy, Ben (Howard), is sent to live with his father for the summer and work at the local marina in order to gain some form of discipline. The idyllic tourist town offers little solace for him, however, as he is forced to deal with the local, privileged teens and his father’s new girlfriend.

Ben’s problems grow increasingly disturbing when he makes a chilling discovery about the family renting the house next door. A malevolent spirit from the woods has taken hold of the parents, and starts playing a sinister game of house, preying upon the children and wiping away any trace of their existence. Ben’s suspicions of the supernatural horrors go unheeded and he launches a perilous crusade in order to put an end to the skin-walking witch’s reign of terror. 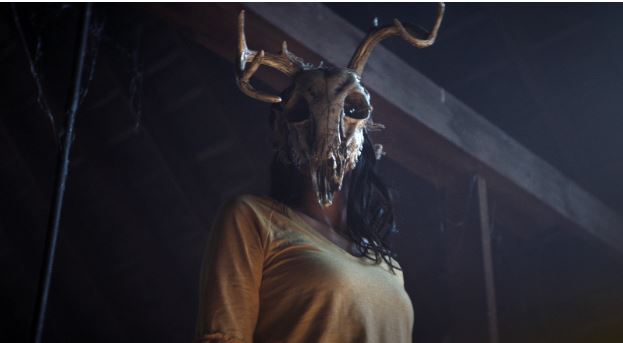 A scene from writers-directors The Pierce Brothers’ horror film, ‘The Wretched.’

Focus Features has unveiled the following synopsis for ‘The High Note’:

Set in the dazzling world of the L.A. music scene, Grace Davis (Ross) is a superstar whose talent, and ego, have reached unbelievable heights. Maggie (Johnson) is Grace’s overworked personal assistant who’s stuck running errands, but still aspires to her childhood dream of becoming a music producer. When Grace’s manager, Jack (Ice Cube), presents her with a choice that could alter the course of her career, Maggie and Grace come up with a plan that could change their lives forever.

Genre fans will be shocked when the the thriller, ‘Inheritance,’ is released on Digital and On Demand on May 22, by Vertical Entertainment. The film, which is now available on DirecTV, was written byMatthew Kennedy, and helmed by Vaughn Stein. It stars Lily Collins, Simon Pegg, Connie Nielsen, Chace Crawford and Patrick Warburton.

Vertical Entertainment has unveiled the following synopsis for ‘Inheritance’: A patriarch of a wealthy and powerful family suddenly passes away, leaving his wife and daughter with a shocking secret inheritance that threatens to unravel and destroy their lives.

The dark theme continues on May 22 with the crime-thriller, ‘Villain,’ which is set to be distributed On Demand and Digital by Saban Films. The drama was written by George Russo and Greg Hall, and directed by Philip Barantini. The movie stars Craig Fairbrass, George Russo, Izuka Hoyle, Mark Monero, Tomi May, Eloise Lovell Anderson, Taz Skylar, Nicholas Aaron, Michael John Treanor, Marcus Onilude and Robert Glenister.

Saban Films has released the following synopsis for ‘Villain’:

After being released from prison, ex-con Eddie Franks (Fairbrass) wants nothing more than to start a new life. However, his dreams of normalcy are tested when he learns of his brother’s dangerous debt to a menacing drug lord. To protect his family, Eddie is forced to go back to his former life of crime and learns that stepping back into this world can have devastating consequences.

Another intriguing film that’s garnering attention is the comedy, ‘Irresistible,’ which is set to be distributed on May 29 by Focus Features. The movie was written, directed and produced by Jon Stewart. 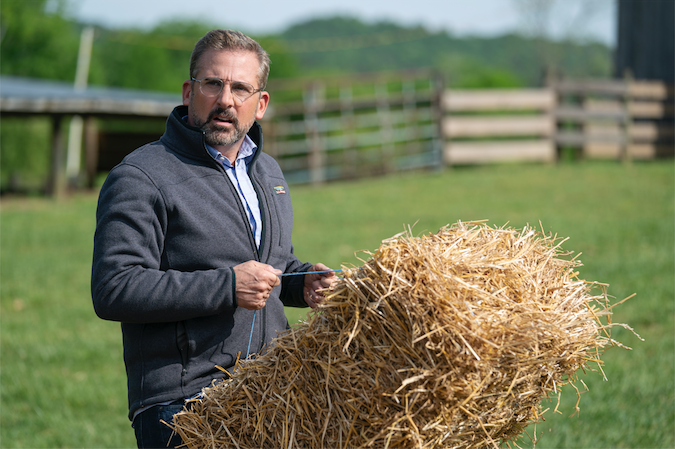 Horror will be brought to reality when ‘Dreamland’ is released On Demand and Digital on June 5 by Uncork’d Entertainment. The movie was written by Tony Burgess and Patrick Whistler, and directed by Bruce McDonald. The crime-thriller stars Stephen McHattie, Henry Rollins and Juliette Lewis.

‘Dreamland’ is set on the night of a strange weddings. A grotesque gang boss hires a stone cold killer to bring him the finger of a fading, drug-addicted jazz legend.

Another eery film that’s set to be distributed on June 5 is ‘Becky.’ The thriller is set to be unveiled On Demand and Digital by Quiver Distribution. The drama was written by Nick Morris, Ruckus Skye and Lane Skye, and directed by Cary Murnion and Jonathan Milott. The movie stars Lulu Wilson, Kevin James, Amanda Brugel, Robert Maillet and Joel McHale.

Quiver Distribution has released the following synopsis for ‘Becky’:

Spunky and rebellious, Becky (Wilson) is brought to a weekend getaway at a lake house by her father Jeff (McHale) in an effort to try to reconnect after her mother’s death. The trip immediately takes a turn for the worse when a group of convicts on the run, led by the merciless Dominick (James), suddenly invade the lake house. 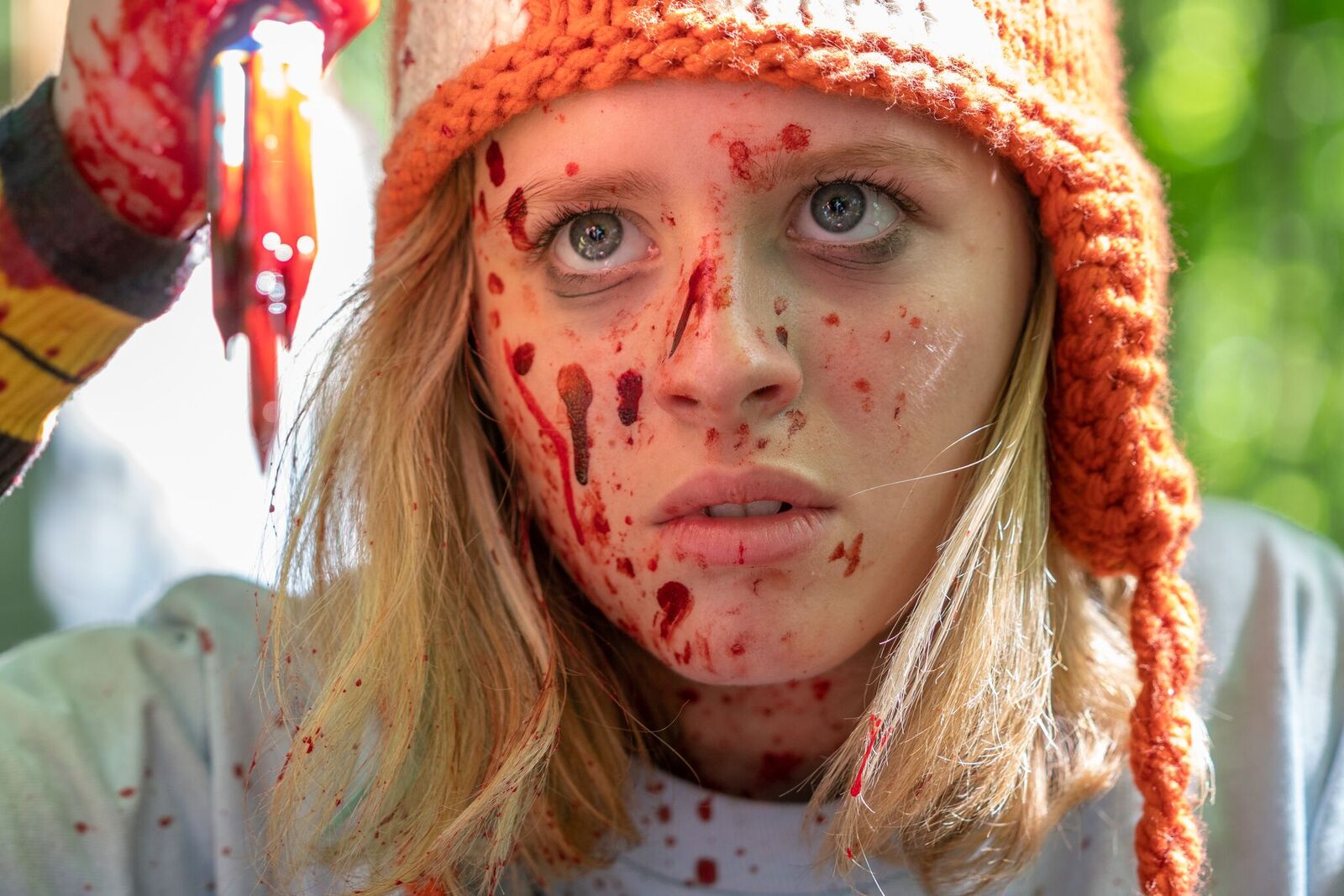 The thriller genre is shaping up to be one of the biggest genres of Summer 2020, as Samuel Goldwyn Films is set to distribute ‘Mr. Jones’ on Digital on June 19, and then On Demand on July 3. The bio-pic was written by Andrea Chalupa, and directed by Agnieszka Holland. The drama stars James Norton, Vanessa Kirby, Peter Sarsgaard and Joseph Mawle.

Set on the eve of WWII, Hitler’s rise to power and Stalin’s Soviet propaganda machine are pushing their utopia to the Western world. Meanwhile, an ambitious young journalist, Gareth Jones (Norton), travels to Moscow to uncover the truth behind the propaganda, but then gets a tip that could expose an international conspiracy, which could cost him and his informant their lives. Jones goes on a life-or-death journey to uncover the truth behind the façade that would later inspire George Orwell’s seminal book, ‘Animal Farm.’ 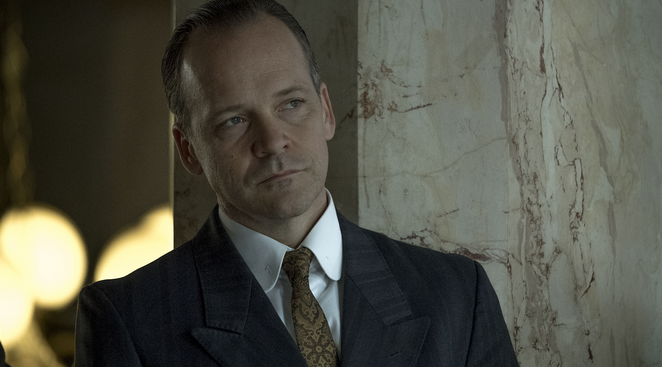 One high-octane feature that’s generating sparks is the thriller, ‘Relic’ is set to be released on July 10 by IFC Midnight, after it played at this year’s Sundance Film Festival. The horror drama was directed by first-time filmmaker, Natalie Erika James, who also co-wrote the script with Christian White. The feature stars Emily Mortimer, Bella Heathcote and Robyn Nevin

The following synopsis for ‘Relic’ has been unveiled by IFC Midnight:

When elderly mother Edna (Nevin) inexplicably vanishes, her daughter Kay (Mortimer) and granddaughter Sam (Heathcote) rush to their family’s decaying country home, and find clues of her increasing dementia scattered around the house in her absence. After Edna returns just as mysteriously as she disappeared, Kay’s concern that her mother seems unwilling or unable to say where she’s been clashes with Sam’s unabashed enthusiasm to have her grandma back. As Edna’s behavior turns increasingly volatile, both begin to sense that an insidious presence in the house might be taking control of her. 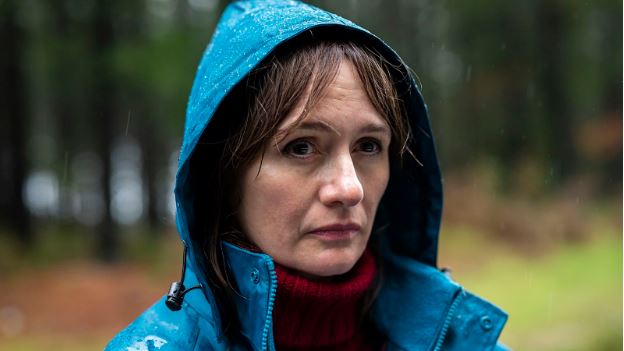 Scares will continue to thrive on July 10 with the sci-fi film, ‘Archive.’ Vertical Entertainment is set to release the drama, which was written and directed by Gavin Rothery, On Demand and Digital. The movie stars Theo James, Stacy Martin, Rhona Mitra and Toby Jones.

Vertical Entertainment has unveiled the following synopsis for ‘Archive:

In 2038, George Almore is working on a true human-equivalent AI. His latest prototype is almost ready, but the sensitive phase is also the riskiest. That’s especially true, as he has a goal that must be hidden at all costs: being reunited with his dead wife.

Another high-octane thriller that’s grabbing attention is ‘The Silencing,’ which is set to be distributed on DirecTV on July 16, and On Digital and On Demand on August 14 by Saban Films. The movie was written by Micah Ranum, and directed by Robin Pront. The drama stars Nikolaj Coster-Waldau, Annabelle Wallis and Hero Fiennes Tiffin.

‘The Silencing’ follows a reformed hunter (Coster-Waldau) and a sheriff (Wallis) are caught in a deadly game of cat and mouse when they set out to track a killer who may have kidnapped the hunter’s daughter five years ago.

Another enticing thriller that’s set to scare audiences is ‘The Rental,’ which will be released on July 24 On Demand and Digital by IFC Films. The horror movie was written by genre veteran, Joe Swanberg, and actor Dave Franco, who also directed the drama in his behind-the-camera feature debut. The feature stars Alison Brie, Dan Stevens, Jeremey Allen White and Sheila Vand.

IFC Films has unveiled the following synopsis for ‘The Rental’:

Two couples on a lakeside getaway grow suspicious that the host of their seemingly perfect rental house may be spying on them. Before long, what should have been a celebratory weekend trip turns into something far more sinister, as well-kept secrets are exposed and the four old friends come to see each other in a whole new light.

The summer is set to end on a pulsating note with the horror movie, ‘Sputnik,’ which was written by Oleg Malovichko and Andrei Zolotarev, and directed by Egor Abramenko. IFC Midnight is set to distribute the sci-fi film on August 14th. The drama stars Oksana Akinshina, Fedor Bondarchuk and Pyotr Fyodorov.

IFC Midnight has unveiled the following synopsis for ‘Sputnik’:

In Russia, 1983, Cold War tensions are at their peak. A terrifying scene is discovered at the landing site of spacecraft Orbit-4. The commander is dead, and the flight engineer is in a coma. The third crew member, Valery Basov, has survived, but he has lost his memory from the horrific experience, and cannot shed light on the cause of the accident. In a secluded government facility, under the vigilant watch of armed guards, psychologist Tatiana Klimova (Akinshina) must cure the astronaut’s amnesia and unravel the mystery. In the process, she learns that Orbit-4 may have carried back an alien parasite that threatens to consume them all. 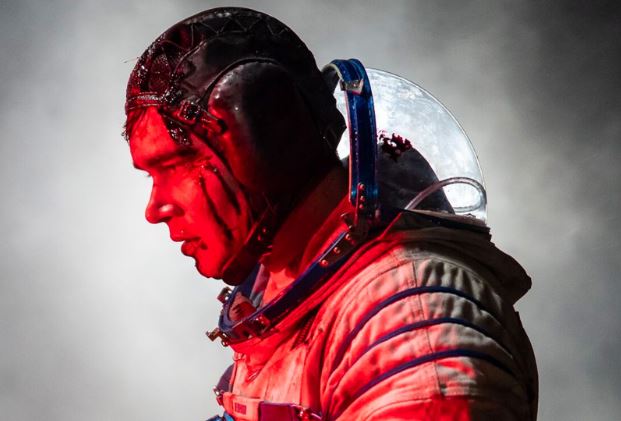