The leading CBD company, Swissx, has selected 13 prominent farmers in SKN to give tens of thousands of dollars worth of high grade hemp seed, with an eye on candidate Denzil Douglas’ progressive policies 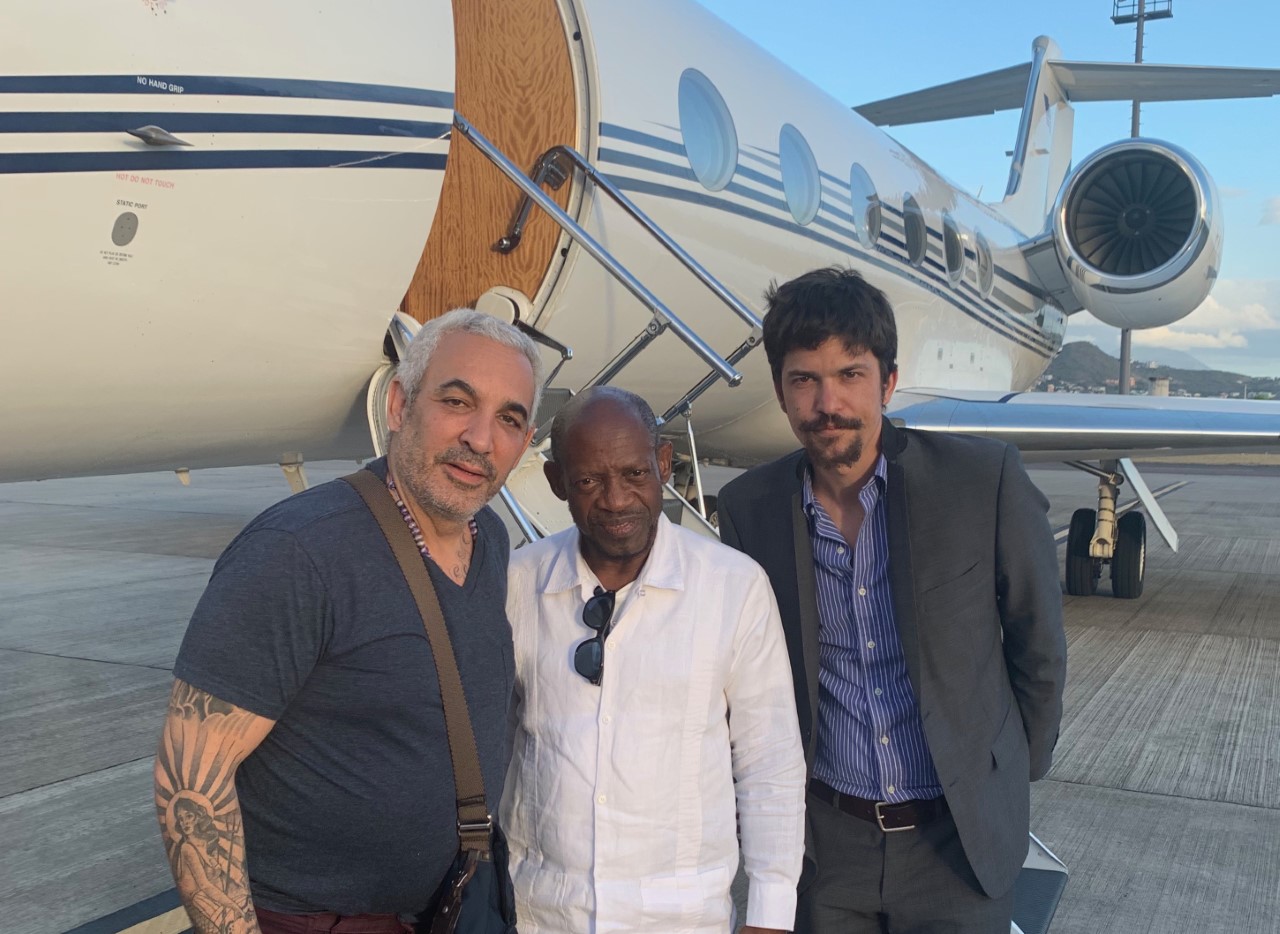 Greek billionaire and Swissx CEO Alki David with former SKN Prime Minister Dr. Denzil Douglas and business partner Chase Ergen at the Bassetere airport in 2019.
David has staked a huge investment on his faith in Douglas’ leadership ability and progressive views for the region.

On the eve of St. Kitts-Nevis’ election day June 5th, the world’s leading CBD company, Swissx, announced $250 thousand dollars worth of top grade hemp seed has been given to local farmers. The cash crop represents a huge windfall for the farmers and the overall economy. Swissx CEO chose St. Kitts for the giveaway based on his faith in former-PM Denzil Douglas. A win for Douglas against current PM Timothy Harris would mark a major period of progress and prosperity for the island federation. According to WIC news 70% of younger people support Denzil Douglas and his center-left Saint Kitts Nevis Labor Party–the oldest and most respected party in the nation.

“It is a big sum so I’ve decided to divide the prize up in a way that will benefit as many as possible,” David told the UK paper The Fortune Herald. “There are a lot of farmers who deserve good fortune so I’ve worked out a way to have thirteen different prizes awarded.” 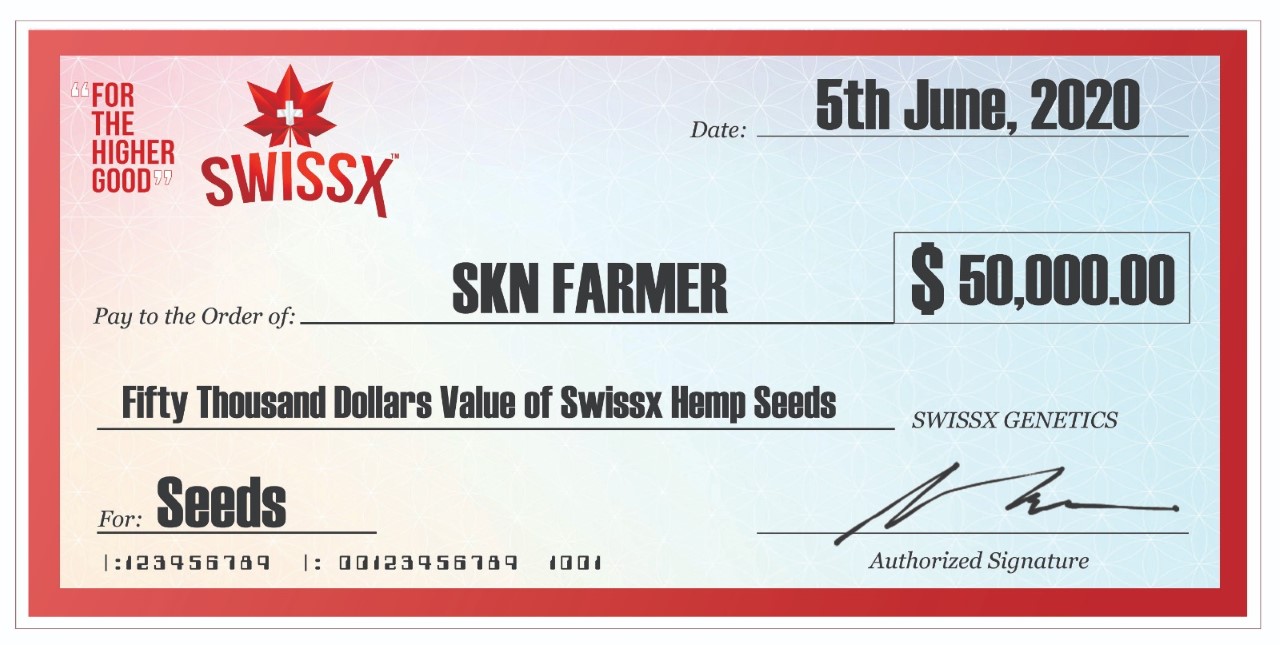 One of thirteen Swissx checks pledging a quarter million dollars in top grade hemp seed to St. Kitts- Nevis farmers upon the win of former Prime Minister Denzil Douglas in the June 5th election. Douglas is believed to be the only candidate who can return the nation to prosperity and undo the years of corruption led by his opponent Timothy Harris.

David has been working on projects in St. Kitts, forming a cooperative farming program that guarantees the purchase of all hemp crops for his rapidly growing CBD empire. He’s also announced important projects in Antigua including a partnership on research and a clinic at the University of Health Sciences Antigua. His friend Mike Tyson will partner on a resort there called Swissx Ranch.

“The people of St Kitts are some of the friendliest and most caring people I have ever met,” David continued. “They deserve a free and democratic election. I have read with great sadness that these elections will not be monitored, supposedly because of quarantining procedures. Meanwhile, former attorney general Jason Hamilton has spoken out over attempted interference by the sitting government. I support the people of St Kitts and they deserve their God-given right for democracy.”

Swissx has tied the quarter million dollar seed giveaway to the win of Denzil Douglas in the St. Kitts Nevis election on June 5th. (Shockya has previously covered the shocking charges of corruption against current PM Timothy Harris who is believed to be rigging the election).

“The plantations I visited in St Kitts filled me with excitement. This is a new territory for many Europeans and I know they will be excited,” David said. “Dr Douglas brings the hope of good fortune to St Kitts. Swissx is going to provide a huge number of new jobs and a boost to all farmers, Dr Douglas is the reason I am pledging huge investment there.”